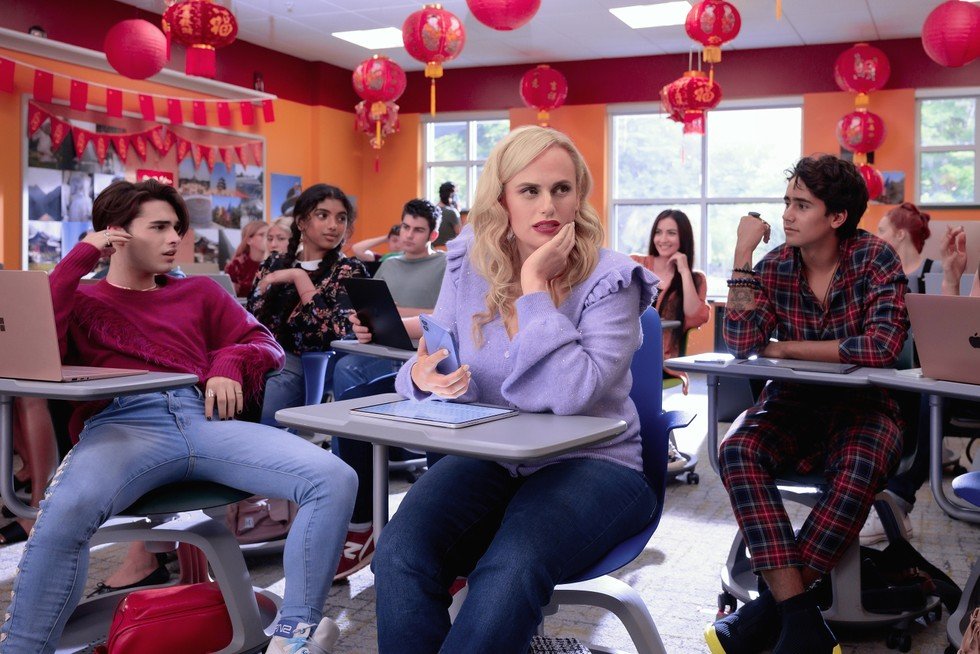 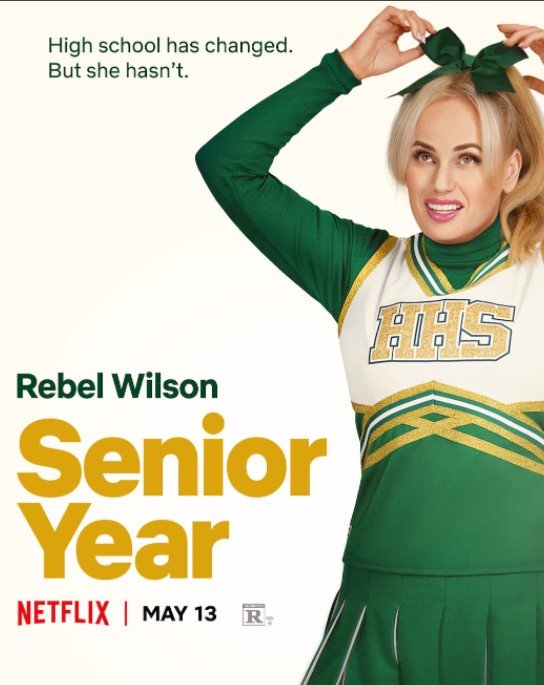 Remember the days when movies were only released in theaters? When movie studios only greenlighted a small number of films because it was about quality over quantity? Unfortunately that went out the door when streaming networks began and today, Hollywood will greenlight just about anything. Sure, the world is blessed with more content but when 95% of it is junk, who wins? Case in point: Senior Year on Netflix.

17-year high school cheer captain Stephanie Conway (Angourie Rice) — God forbid you call her a cheerleader — is living her dream. She’s dating Blaine (Tyler Barnhardt), the most popular guy in school, she’s on her way to prom queen, and in her mind, eventually the perfect life. If only her nemesis Tiffany (Ana Yi Puig) wasn’t in the way. Jealous of Stephanie, Tiffany plots to have a cheerleader stunt go wrong and Stephanie is injured in the fall, lapsing into a 20-year coma. Attempted murder is funny, right?!

Once awake, Stephanie (the older version played by Rebel Wilson) decides to reclaim her fame and return to her senior year so that she can be named prom queen. In a high school that is now woke — everyone is popular, everyone on the cheer team is cheer captain, and there is diversity unlike any high school in the country), a 37-year old Stephanie is met with new and old adversaries in the form of queen bee Brie (Jade Bender) and a grown-up, but no more likable, Tiffany (Zoë Chao).

Senior Year struggles in oh so many ways. The first being that it is a comedy that simply isn’t very funny. Sure it eeks out a few laughs, mainly through old Stephanie’s 17-year-old best friends, Joshua Colley (Yaz) and Avantika (Janet), and once high school best friend with an unrequited love for her, Seth (played as an adult by Sam Richardson). A quick hallway insult fest between 30-something Stephanie and Tiffany perhaps leads to the largest laughs. Overall though, there isn’t enough humor to keep this comedy going. Which leads to the second reason why this movie ultimately fails: the running time.

As it happens far too often, Senior Year is too long. One day Hollywood will learn that the best comedies are 90 minutes long, maybe even 100 (National Lampoon’s Vacation and Caddyshack clocked in at 98 minutes). Anything longer than that and the jokes are stretched too thin and the plot plods along which happens here as a result of too many writers in the room.

With three unproven film writers and first-time film director, Alex Hardcastle, at the helm, they created two highly unlikable characters in Stephanie and Tiffany, both young and old. Even as she’s trying to change as a person, it’s still hard to cheer for Stephanie. When two characters are pit against one another, the audience needs someone to root for and in this film, there isn’t one.

If Senior Year succeeds at anything, it’s that Rebel Wilson is best left to play a supporting role. And that’s not a bad thing. Many actors have seen great success supporting others and Wilson has proven that skill in movies like Pitch Perfect and Bridesmaids.

It’s here that a joke would normally be inserted about the film failing and having to repeat senior year, but I think that would be a bigger punishment for the audience. Save your time and catch one of the many other high school films that do it better like Clueless or Mean Girls.

Senior Year is streaming now on the following services:
Powered by JustWatch