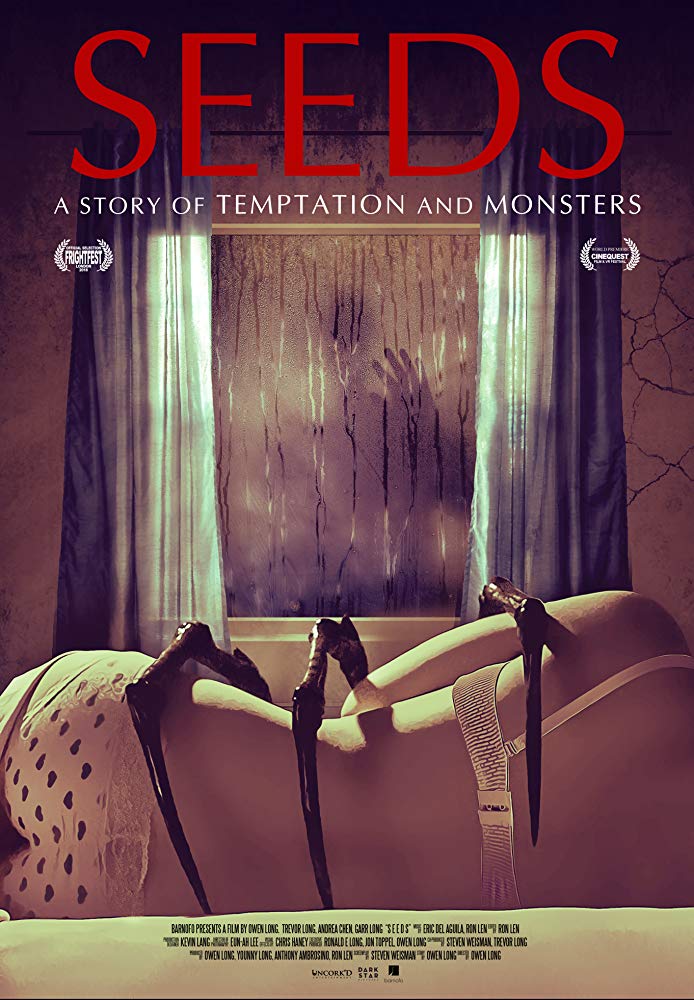 Every once in a while you come across a movie not even horror fans can stomach. It’s not the gore or the dialogue, it’s the base subject matter, and brother, Seeds crosses more than a few lines.

After his deadly uncontrollable desires drive him out of town Marcus returns to his family homestead his parents to close the estate and figure out where to go next. His brother, Michael (Chris McGarry), lives down the road with his wife and two kids. Marcus is recovering from something (mental, physical) mysterious and he’s a little unsteady and fragile, but it doesn’t stop him from taking on a project like the homestead. When Michael has his own emergency and leaves his kids in Marcus’ care for a while he leaves town to patch up his own marriage. 15-year-old Lily (Andrea Chen) is happy to see her uncle and wants to rekindle their childhood fun. This would be fine, except the games they used to play are icky, gross, and illegal.

Probably – the narrative has the slimy feel of pedophilia passed off as gauzy, romantic consent from a young girl wise beyond her years, but it’s not.

Seeds is probably the longest 90 minutes you will ever watch as Marcus and Lily dance around each other in a will they/won’t they quick step. As Marcus’ desires increase, so does his pill intake for all the good it does do. He’s changing into something monstrous, Lily is helping, and from there it gets as murky as the sea. This is a movie that feels like an unfinished sweater, and what’s there unravels every ten minutes. For all of the hints at monsters, metamorphosis, and danger, what we’re left with are unformed hints and teases and a really gross feeling. None of this sloppy movie is the fault of the main actor, Trevor Long, who displays a range and depth for his slimeball character. He’s a man who wants to get better – only he can’t because the monster (whether real or metaphorical) won’t let him.

Not really. That’s the movie I wanted to see, with his dead wife and mystery by the sea and the rewiring of the house that never quite gets above fire trap.

It’s gross and no amount of misty water fantasies or Lovecraftian monsters will make up for the way this movie tiptoes right to the edge of felony.

Seeds feels like an arthouse letter to Hustler, complete with fantasies of underage Lolitas full to bursting with coquettish lust and “brave” chastity.

Seeds is unrated and it’s gross.

Seeds is streaming now on the following services:
Powered by JustWatch