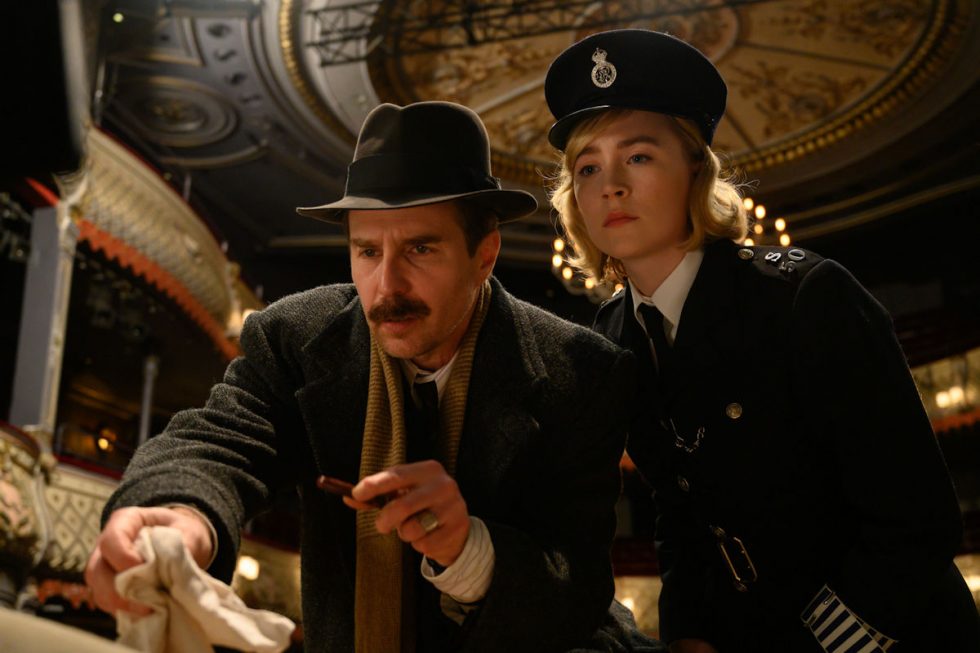 See How They Run Movie Review

See How They Run Movie Poster 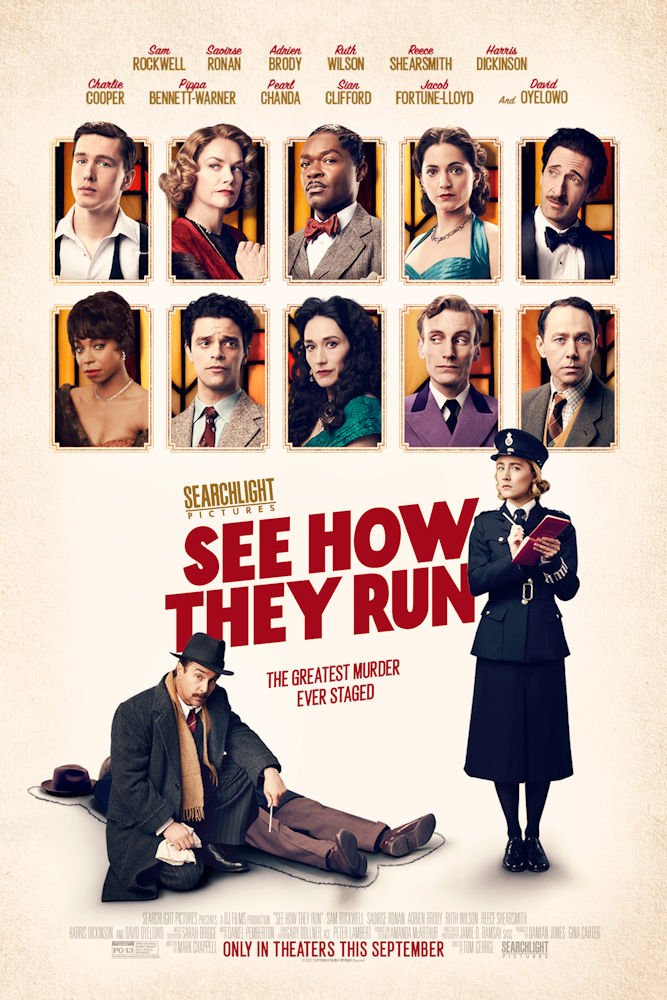 See How They Run Movie Metadata

See How They Run

See How They Run External Links

See How They Run Movie Trailer

See How They Run Movie Tickets

You know what’s fun about cozy mysteries? They’re sweet and goofy and a little bit wholesome.

See How They Run (2022) is an Agatha Christie-style whodunnit set in London’s West End theater district around an Agatha Christie production of “The Mousetrap”. It’s a very meta homage that doesn’t require a ton of brain cells to be enjoyable.

It’s 1953 London, and Inspector Stoppard (Sam Rockwell) has been called into investigate a murder behind the on-stage murder that threatens the continued run of a very successful production. No one is ready for it to close, not so long as it still fills the seats, but the rights have been sold for a film adaptation, provided a very specific set of criteria is met. Leo Köpernick (Adrien Brody) is a disgraced Hollywood director attached to the project looking to spice up the dry dialogue and lack of action, losing friends and making new enemies with his brash and lascivious behavior. Before long, his link to the project is irrevocably severed, and no one seems particularly broken up about it.

Detective Inspector Stoppard, added with an over-enthusiastic and decidedly by the book partner, the very green Constable Stalker (Saoirse Ronan), his list of potential suspects includes the insulted screenwriter (David Oyelowo), the displaced star (Harris Dickinson), and the blackmailed film producer (Reece Shearsmith), all who have motive to see the victim dead. For DI Stoppard, the police work comes second to a stiff drink, and Constable Stalker finds herself learning the ropes by omission. For Stalker, everyone is a suspect in her meticulously jotted notebook, while Stoppard uses instinct and what brain cells aren’t swimming in booze to narrow down the culprit. This wouldn’t be an Agatha Christie send-up without red herrings, as well as an appearance by the Dame herself (Shirley Henderson), and a fair amount of camp and smart humor. This is civilized murder, after all, even as the bodies start to stack up. It isn’t long before the clues begin to point toward someone that no one suspected, potentially putting survivors into the crosshairs of an individual bearing a grudge.

The highlight of See How They Run is Tom George’s directing blending Mark Chappell’s clever dialogue with dynamic camerawork. In the hands of a less skilled director or a clunky screenplay, the angles would look like cheap gimmicks, and the humor would fall painfully flat. The use of mirrors, light, shadow, and split-screen allows the audience to see the same scene from multiple directions, often from the perspective of the characters themselves, providing a similarly refractive surface for interrogations, conversations, and accusations.

See How They Run almost feels like a Wes Anderson film, with the bright colors and quick and clever repartee, but it’s not dripping with Wes Anderson’s heavy-handed brush of twee and whimsy.

This isn’t the tightest murder mystery, but as an homage to the great mystery writer, it’s plenty. This isn’t a stuffy adaptation, but rather an ingenious workaround for the contractual obligations in place for the actual production of “The Mousetrap”, still running in London’s West End.

Is See How They Run deep? No.

Is it a murder mystery worthy of stuffy Hercule Poirot? Also no.

It is however light and airy fun with some very clever quips, and the marvelous chemistry between Ronan’s Stalker and Rockwell’s Stoppard is quite snappy. These do not feel like stock characters populating the film to flash out a paint-by-numbers film. This is not a stuffy adaptation weighed down by ornate costumes or indecipherable accents. This is a light-hearted murder mystery, and now we know such things exist.

It’s also worth a second and third watch solely for the dialogue.

See How They Run (2022) is rated PG-13 for mild swears, heavy inebriation, a shooting, a stabbing, a bludgeoning, a poisoning, a strangling, and a drunken fistfight.

See How They Run is streaming now on the following services:
Powered by JustWatch