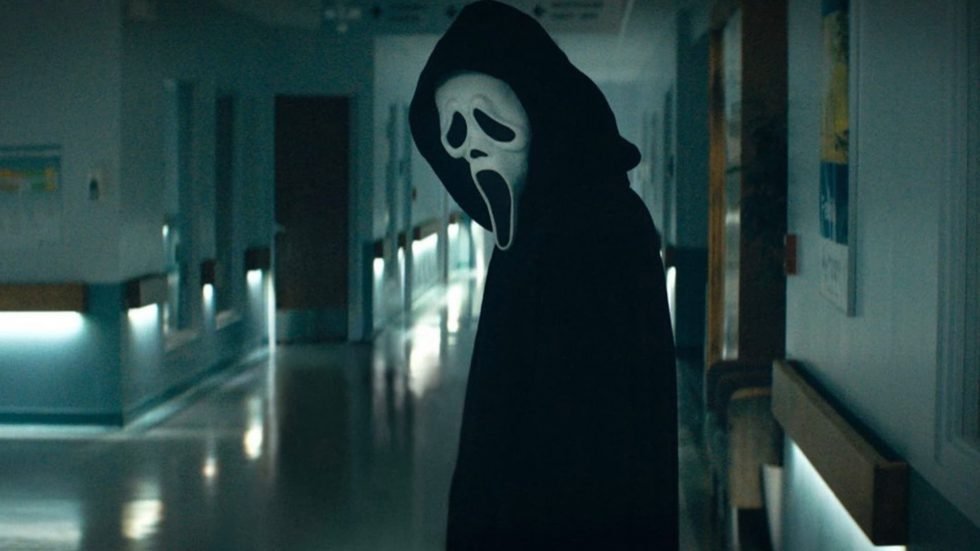 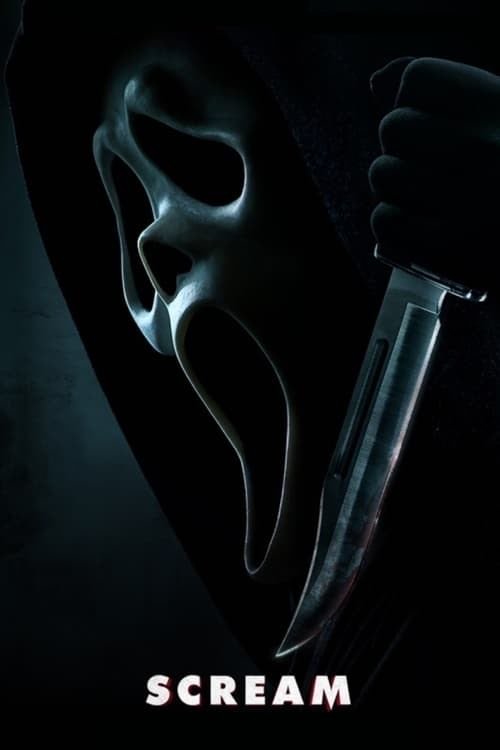 In this, the 5th installment of the Scream franchise, the cold open is familiar – Tara (Jenna Ortega) is home alone, texting with her BFF Amber (Mikey Madison) when the landline rings. A voice on the phone strikes up a conversation about scary movies, but the reference goes over Tara’s head because she’s into “elevated horror,” like 2014’s The Babadook or 2017’s Get Out. By the time Tara figures out the plan, it’s too late, and Woodboro is once again at the mercy of the Ghostface Killer, 25 years after the original spree.

We know it’s not Billy Loomis (Skeet Ulrich) because he’s dead (spoiler alert from 25 years ago!), but someone in Tara’s circle has a huge secret – Is it big sister Sam (Melissa Barrera), who ran from Woodsboro as soon as she could scrape together the cash? Is it the Twins, Mindy (Jasmin Savoy Brown) and Chad (Mason Gooding) Meeks-Martin, niece and nephew of Randy Meeks? Is it Wes Hicks (Dylan Minnette), son of now Sheriff Judy Hicks (Marley Shelton), who seems to have the perfect cover – and maybe was stalking Tara?

There are a lot of suspects and a lot of secrets, and you may be able to narrow it down, but that’s not the point of this meta-drenched installment. Do you have to watch the previous four Scream movies? That’s not a bad idea, because while this Scream has fanservice by the bucketful and easter eggs by the carton, but most of them are centered upon the 1996 original. There are callbacks to the eight movies of the in-universe franchise Stab, loosely based on the original Loomis/Macher murder spree, and a lot of discourse on why the later installments (and franchise genre films in general) let the fans down. At times, this Scream is a kick in the berries to Scream 3 (2000) and 4 (2011), and rightfully deserved.

Scream continues to highlight the Rules of Horror Movies, like how it’s always someone connected to the original, and because this has happened 25 years after the original, it’s not a reboot or a sequel, but a “requel” (it’s fun, go with it). Gale (Courtney Cox) and Dewey (David Arquette) are back because if you cannot reunite the surviving members of the original, don’t waste anyone’s time. Sidney (Neve Campbell) is far away and safe, but unknown forces are drawing everyone back to Woodsboro for a final, Final, FINAL showdown. It’s one big callback, but especially the part I can’t tell you about.

This is the requel we wanted from but did not get from Matrix Resurrections (2022). We did not want a tired rehash full of spite. We wanted story continuity with fresh faces and old friends to usher in the new generation of fans. Scream is smartly written, bringing a level of clever self-awareness to a genre that relies too much on deliberate ignorance to further the plot. Scream also creates an intimate interconnectedness to all of the characters, like a typical small town where everyone knows everyone else, but not everyone’s secrets.

Like the original, Scream is a celebration of the slasher genre and its fans. We know what’s coming, we anticipate the kills, and we love all of it. Sharp direction by Matt Bettinelli-Olpin and Tyler Gillet keep the pace fast and fresh, and the screenplay by James Vanderbilt and Guy Busick leave little downtime for drawn-out exposition or lingering pans. We know what we came for and we don’t need a refresher. The audience is treated like absent friends and we’re all able to slide into our seats and pick up where we left off. If you don’t want to feel like you walked into your spouse’s high school reunion, here’s your permission to binge the previous movies.

Scream was the most fun I’ve had watching a movie (that wasn’t a musical with magical people) in a while. I felt as if I was watching a movie that “got” me as a fan without insulting my love of the genre or acting like a high-minded cousin dancing around the concepts instead of diving into the themes. There is nothing “elevated” about Scream. No one needs that nonsense.

See it safely with people the genre loves and love it back.

Scream (2022) is Rated R because it’s a Scream movie. People get stabbed (like a lot), slashed, shot, stomped, scorched. There is smoking, necking, groping, swears, and I promise you’ll have a lot of fun watching people die.

Scream is streaming now on the following services:
Powered by JustWatch