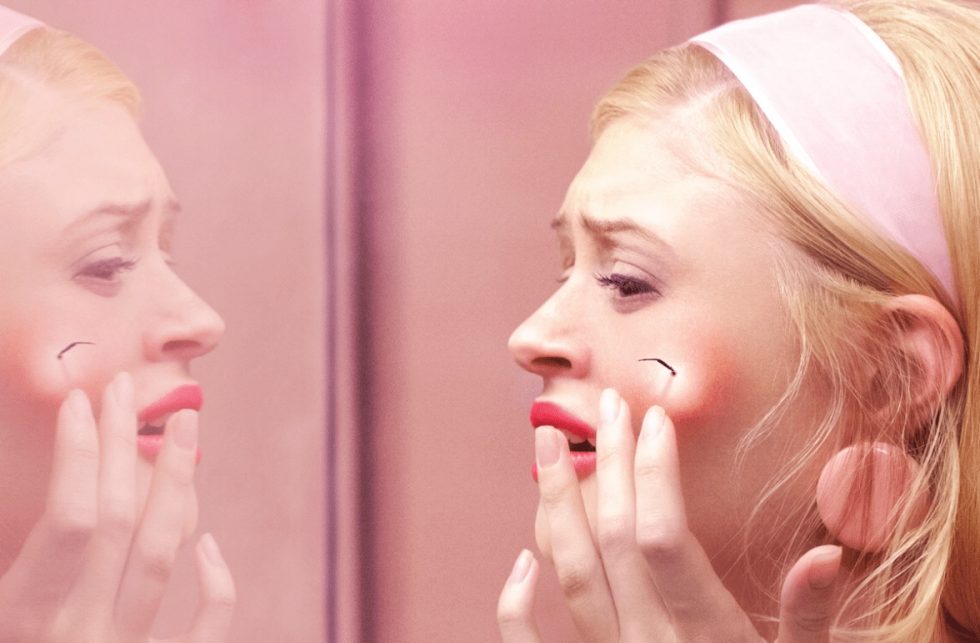 Scary Stories to Tell in the Dark Movie Review

Scary Stories to Tell in the Dark Movie Review Metadata

Scary Stories to Tell in the Dark Movie Poster 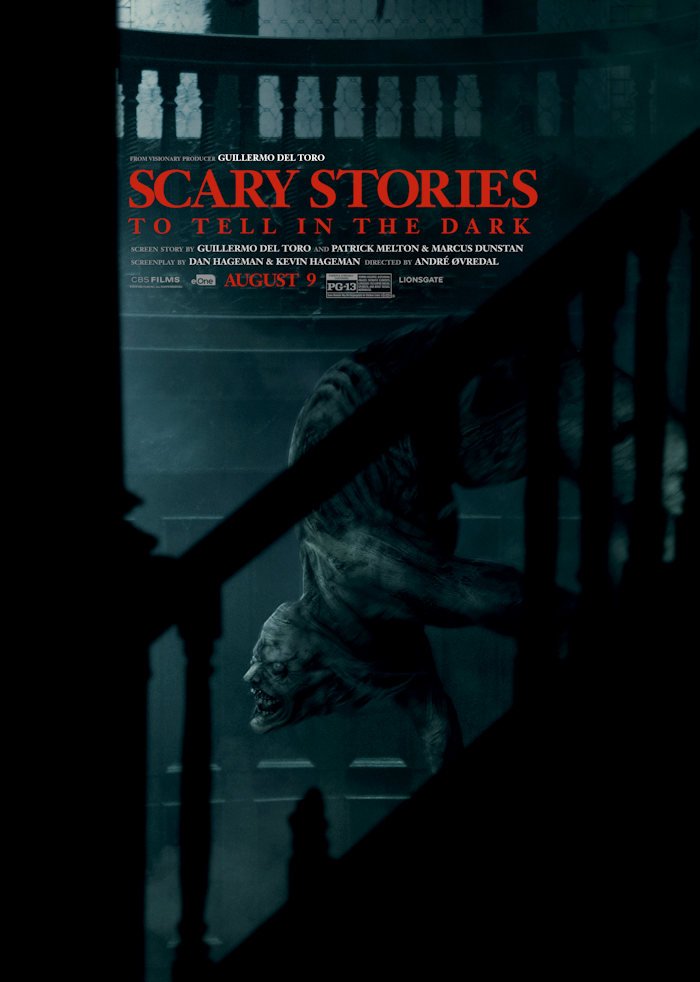 Scary Stories to Tell in the Dark Movie Metadata

Scary Stories to Tell in the Dark

Scary Stories to Tell in the Dark External Links

Scary Stories to Tell in the Dark Movie Trailer

Scary Stories to Tell in the Dark Movie Tickets

On Halloween night after breaking into the local haunted house, four teens fight to stop a stolen book from reigniting the fury of a forgotten horror as new stories begin to write themselves in Scary Stories to Tell in the Dark. Stella (Zoe Margaret Colletti), abandoned by her mother and broken forever, and her friends Auggie (Gabriel Rush) and Chuck (Austin Zajur), with townie newcomer Ramon (Michael Garza), steal into the abandoned Bellows Mansion. Ramon hears about the legend of Sarah Bellows, locked away in the basement, telling stories through the walls to children who later died. Lots of children die, the Bellows disappeared one by one, and the house began to rot under the weight of its own reputation. Stella finds Sarah’s book of stories, and to her dismay, new stories begin to write themselves and kids begin to die all over again.

My favorite anthology movies have a great wrap-around/bookend tales, the one story that runs through the whole movie. Whether it’s Sam and his antics in Trick R Treat (1997) or Betty prepping her doomed paperboy for dinner in Tales from The Darkside: The Movie (1990), the wraparound tale is what weaves the sometimes-disparate stories together into one cohesive block. Scary Stories makes the wraparound tale of Stella and her friends the main story, and the individual stories from the book that writes itself happen to them. I’m not saying it’s not scary to have it happen in real-time, but instead of keeping it simple, Scary Stories would like you very much to pretend it’s not an anthology movie, however taking 5 separate stories and weaving them into one movie is precisely what this is – I mean, they’re even individually titled.

There’s a lot about this movie that feels extra and unnecessary – it’s set in 1968 with the backdrop of the Nixon election and all of the imagery that goes along with that. Vietnam is ramping up but adds no real weight to the story. This could have been set in 1981 when the original “Scary Stories to Tell in the Dark (Schwartz, Alvin, and Stephen Gammell, Scholastic, 1981) was released, however, there is a plot point so minor, so inconsequential as to be a throwaway that almost explains the setting. Almost, but not really.

Before you think I absolutely hated it – I didn’t. I loved the very loose retelling of the individual stories from the original Scary Stories to Tell in the Dark (“The Big Toe,” Me Tie Dough-ty Walker,” “The Haunted House”) and Scary Stories 3: More Tales to Chill Your Bones (“Harold,” “The Dream,” and “The Red Spot”) (Schwartz, Alvin and Helquist, Brett, Scholastic, 1991). I say loose, because let’s face it – the stories themselves were loose retellings of other stories and they didn’t make much sense at the time either, but when you’re a young horror junkie in the 4th Grade and Stephen King is still off-limits, you take what you can get. The monsters look JUST LIKE the illustrations by Stephen Gammell and the creepy fun factor was amped up to 11. I enjoyed the bloodless horror, the gross-out practical effects, and the slow dread factor, especially in “The Dream” sequence. It was dark and moody with just the right amount of campfire spookiness that set the whole movie a-kilter.

I did not enjoy Stella’s sad-sack story, or the redemption arc, if only because I don’t believe monsters are redeemable. It’s what makes them monsters. The setting of 1968 could have just as easily been 1981 or 2011, or any part of rural, small-town Pennsylvania that gets garbage cell reception and not everyone has access to the cell phone or internet (check your privilege, writers). I did not enjoy the parting shot because it made no damn sense. I did not enjoy what felt like an extra 20 minutes tacked on to a movie that needed to be less than 90 minutes.

Imagination was what was missing from the overall story, and if we’re talking about producer Guillermo del Toro and director André Øvredal whose brains gave us Pan’s Labyrinth (2006) and The Autopsy of Jane Doe (2016) respectively, imagination should be spilling from the screen. I expected more, got considerably less, but still manage to enjoy myself.

This is not a film for kids under 10, I think it’s too long, but if you’re looking to introduce your tweens to the stories that kept you awake as a kid, you could certainly do a lot worse.

Scary Stories to Tell in the Dark (2019) is rated PG-13 for swears, juicy reanimated corpses, murderous scarecrows, disturbingly squishy Pale Ladies, toes in food, haunted houses, and oh god – how did I forget the spiders!

Scary Stories to Tell in the Dark is streaming now on the following services:
Powered by JustWatch