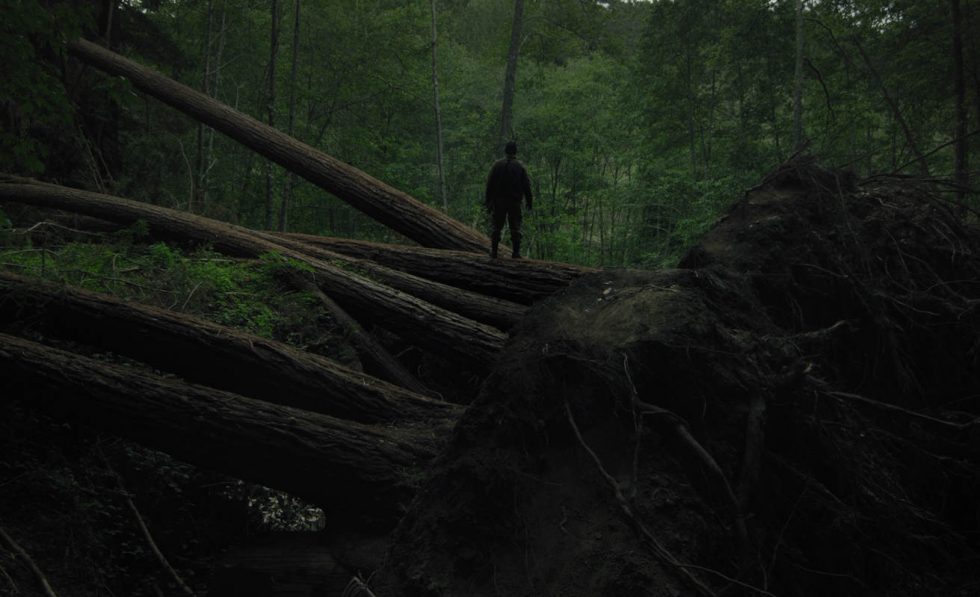 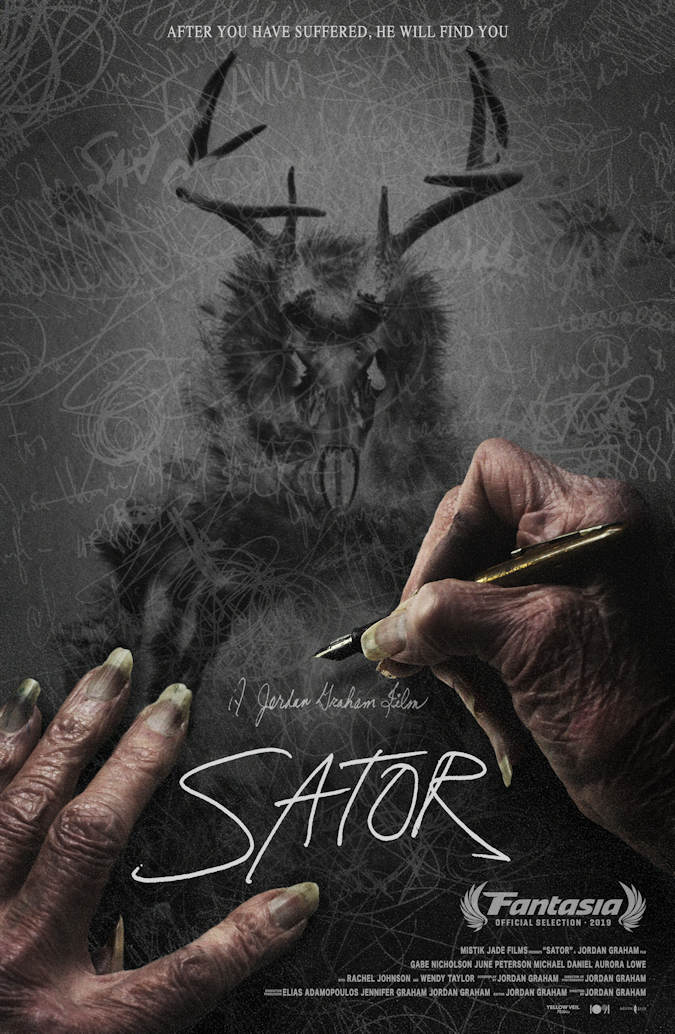 From the opening frames of Sator (2019) there is a mood of desolation and quiet dread. The woods are both familiar and lonely. In the complete darkness, there are places even the light from torches won’t penetrate. It is in the woods, this darkness, among the familiar trees and hollers a family broken by time and circumstance lives an uneasy existence.

Adam (Gabriel Nicholson) likes in a shack with his dog deep in the woods. He’s on the hunt, and he seems prepared. He faithfully changes his trail cam memory cards and he keeps sentry. He’s also missing time and forgetting things and when he wakes up in the dark, he’s alone. The family, brother Pete (Michael Daniel), sisters Evie (Rachel Johnson) and Deborah (Aurora Lowe) what’s left of them after the disappearance of their mother, are concerned for his mental health and well-being. They are the ghosts of the smiling people in the photographs,  they flip through like mislaid memories. They don’t like him being in a cabin all by themselves, but they have their hands full with Grandmother Noni (June Peterson), whose own thereness is a flickering candle in a stiff breeze. Whatever Adam is hunting for, it’s hunting him, too, and Noni’s ramblings of a familiar entity called Sator don’t illuminate the mystery in the slightest. It’s just always been there, and it’s waiting. Knowing why takes the fun out of it.

Sator, isn’t a movie you go into expecting a ton of exposition. This is a movie you watch in the dark with the lights off and your mouth shut. You are an observer and you’re not owed an explanation. A six-year odyssey for writer-director Jordan Graham, he crafts Sierra Nevada Gothic, giving voice to the landscape and letting the optics of the dense growth and pitch-black frame his shots. Sator is reminiscent of Ritual (2017) but only as an American cousin, because the gods, especially the lost ones, do enjoy a little trans-ocean travel.

This is a quietly loud film, and the dialogue isn’t clear, as if we’re only meant to half-hear it, and we’re missing chunks of the past because it isn’t ours to know. If you’re looking for gore or action, you’ll be disappointed. You might join the chorus of “nothing happens” and you’re welcome to that belief. Nothing happens, and while we wait for the end, and the creatures of fur and bone creep around the periphery claiming things that don’t belong to them until all the things belong to them.

We are all the things.

Sator (2019) is Unrated but this is solidly in PG-13 territory for antler choking hazards, involuntary combustion, forcible levitation, and the anxiety that comes from knowing something is always watching.

Sator is streaming now on the following services:
Powered by JustWatch