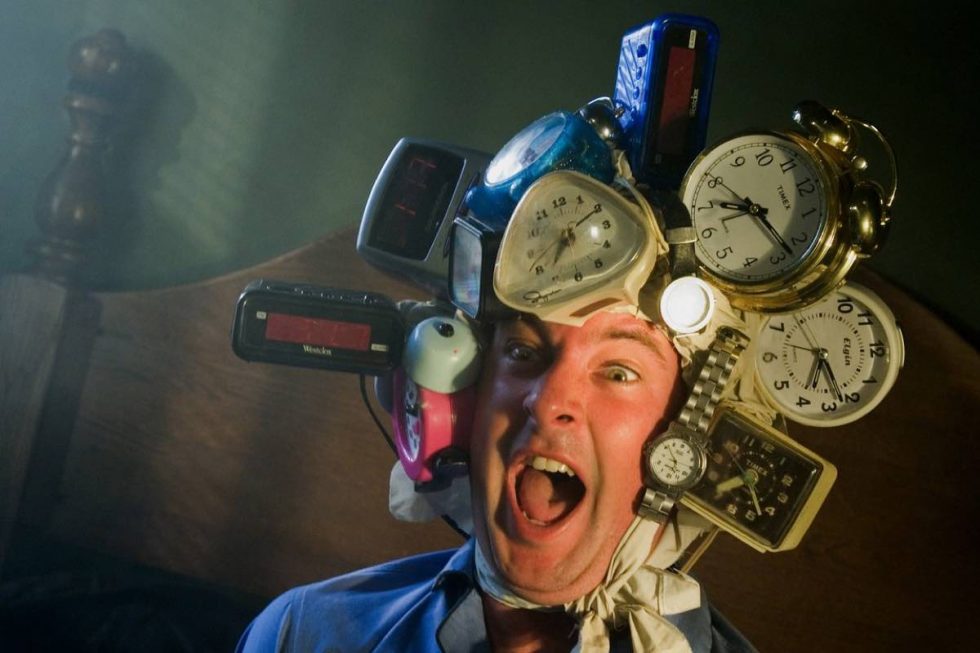 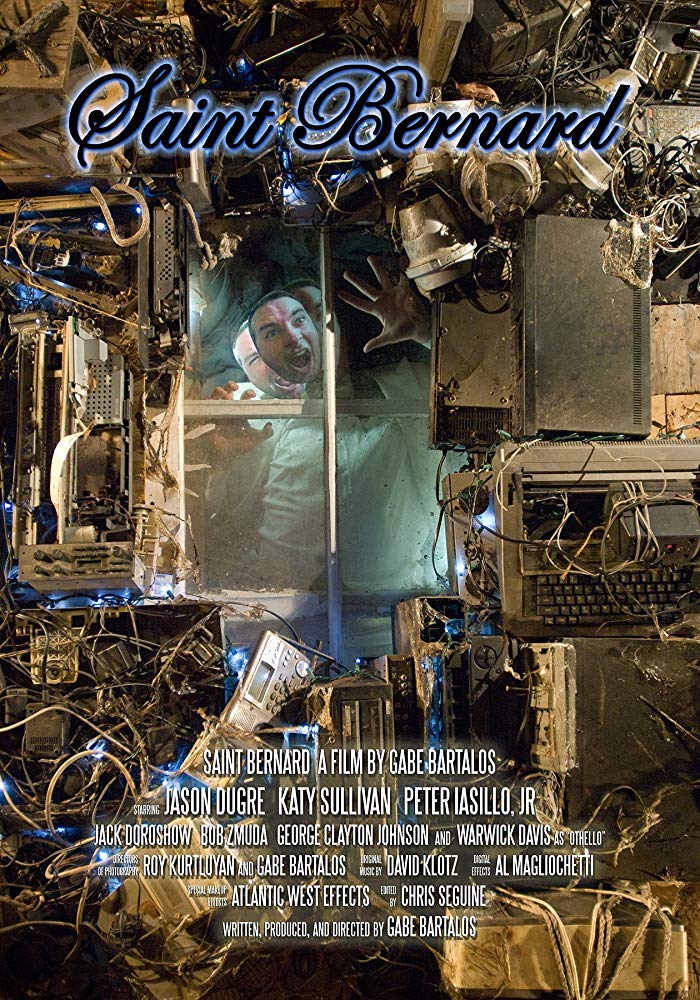 Bernard (Jason Dugre) wears a white tux with tails a lot and from when he was a child, has aspired to be a conductor with impromptu concerts with a portable player and a speaker. Now, from what I know of my music theory classes in high school, he’s not doing it right, so his chances of success are already non-existent. to When he gets his big break, he crumbles and thus his descent into madness begins – though why someone who lives in a white tuxedo with tails wouldn’t already be considered mad doesn’t seem to be a subject writer-director Gabriel Bartalos wants to tackle.

There’s almost no dialogue in Saint Bernard and I prefer my movies with words. What words there are feel like the culmination of a 5-minute discussion of “I’m covered in dollar bills and blood but what’s my motivation?” Nonsensical things happen, and our main character carries around the head of a Saint Bernard – like a head of a dog with a spine attached he found on the side of a freeway complete with broken booze barrel collar. He cradles it in a plastic bag and people try to take it away from him.

I don’t know why.

I never find out why. It’s infuriating.

On the cover and in promotional materials, Saint Bernard highlights Warwick Davis (who’s looking super good) but he doesn’t show up until the third act and Katy Sullivan who plays a homeless woman wearing bits of roadkill, and I forget what Bob Zmuda does, and people in underwear ineptly plotting out landing positions for whole raw chickens in parachutes falling from the sky, but I don’t know why. Bernard visits a police station in the rain by climbing up a makeshift tree-house and walking through thousands of empty bottles to talk to an alcoholic troll in a cervical collar (I dunno, maybe it’s a troll, maybe I’m insensitive), but I don’t know why.

None of this makes sense, and while I can appreciate a satirical nod and the odd bit of absurdity, Saint Bernard feels lower than third-rate and patched together from meth-induced whims and abandoned set pieces. You actually get angry watching it because it feels like 87 minutes you will never get back and you can’t explain why because this has the makings of a self-indulgent creative who saw bits and pieces of movies being made and assumed that’s what making a movie was.

Much like Bernard and his white tuxedo who maybe saw 5 minutes of a PBS special on orchestras and thought that’s what being a conductor was.
This isn’t David Lynch weird, or John Waters weird, or even Gaspar Noé weird – those movies have a point and the absurdities are often clever, and there’s a story you can get behind. Saint Bernard is just weird and absurd because someone wanted to stick it to The Man – I dunno for sure what if any motivations there were, I just hope people got paid.

Saint Bernard was not a fun watch and while I can’t foresee this being for anyone, I know someone out there exists who’s been waiting for this film.

Saint Bernard is unrated straight to video fare, and if the MPAA even wanted to touch it, they’d call it Rated R for filthy swears, gross sexy-times – WHICH ARE NOT REMOTELY SEXY, gross beat-downs, severed legs, a gross severed head, gross people, and sky-born salmonella.

Saint Bernard is streaming now on the following services:
Powered by JustWatch