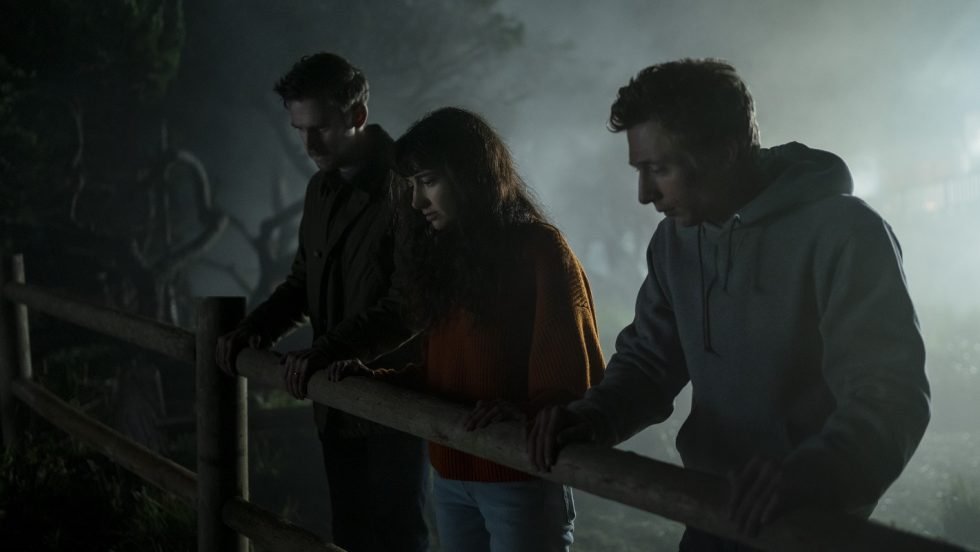 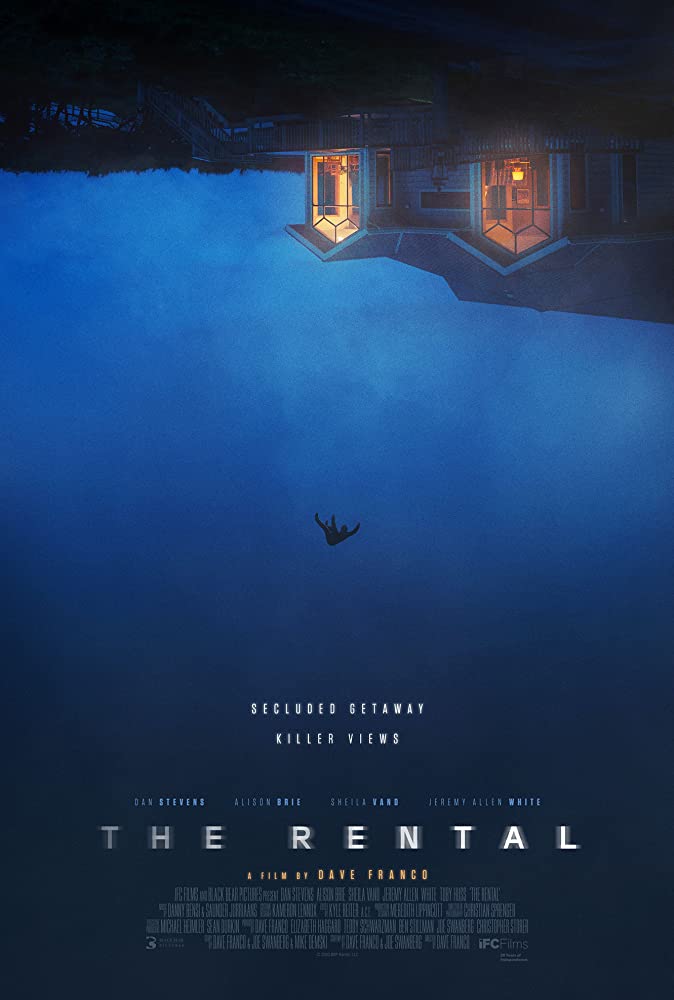 Idyllic vacation rentals are the closest some of us will ever come to pretending we’re super-rich and live in wildly exotic places, so when a taut thriller like The Rental (2020) comes along, you’re torn between sending that deposit and spending a quiet weekend in your basement with tin foil over the windows.

Celebrating a business deal, best friends Mina (Sheila Vand) and Charlie (Dan Stevens) grab their significant others (her boyfriend, Josh [Jeremy Allen White], and his wife Michelle [Alison Brie]) and dash off to the coast for surf, hikes and hot tubs. This is supposed to be a few days of blowing off steam and forgetting the world exists, but previous tensions rear their ugly heads, and new complications break the surface. The Rental begins with crossed boundaries and then the discovery of hidden cameras, and before anyone can say, “maybe we could talk like adults about this,” not only is the situation spiraling out of control but nothing is what it appears and there’s no way out.

Look – I can’t say much more than this because The Rental hinges on discovering what exactly is wrong with this wonderful piece of property, and the underlying dread that absolutely nothing can be done about it. It’s less about the slasher angle than about how our guilt and insecurities are our own worst enemies and, in the end, we create our own nightmares.

I really enjoyed The Rental and for Dave Franco’s directorial debut, I don’t think he could have hit it harder out of the park. For a film that on the surface seems short on plot, the acting is what hammers it home as each character brings their own baggage on vacation. Mina centers all slights on her culture, Josh is a felon who can’t get out of his own way, Charlie has a little philandering in his recent past, and Michelle – well, I think Michelle knows There’s something going on and is just riding the good times until she gets dumped on the side of the road.  Even Taylor, (Toby Huss) who could have just left his role as Creepy Handyman as a walk-on, is handled with more weight than is usually given to an ensemble thriller. You remember Taylor for everything unsavory he represents, and for his brief screen time, he creates a visceral imprint.

Right up to the last 30 minutes this really is your run of the mill secrets-turned-killer-thriller, but when it switches gears to horror, it’s a relentless slide to the finish.

The Rental is streaming exclusively on Amazon Prime and showing in selected drive-ins.

The Rental is streaming now on the following services:
Powered by JustWatch