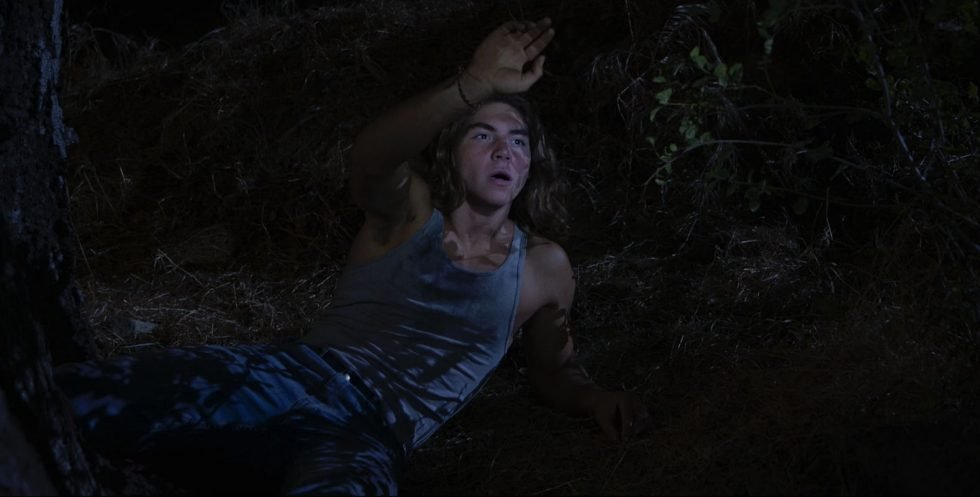 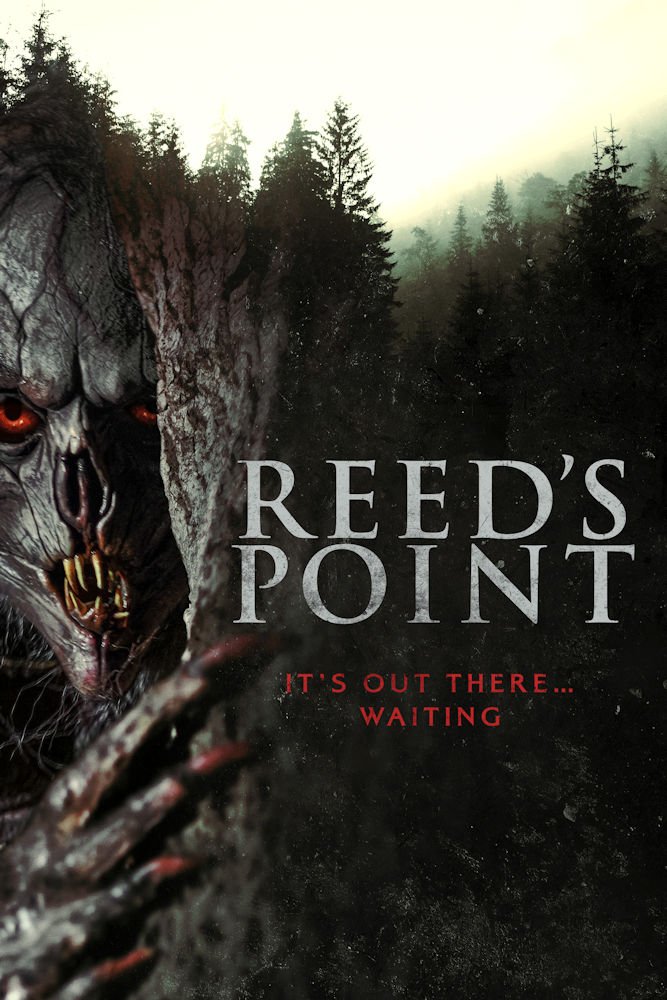 After a tragic accident, Sarah heads into the woods to investigate and uncover the truth about her cousin and the Jersey Devil in Reed’s Point (2022).

More creature-feature than horror, Reed’s Point takes place a year after a horrific accident that left Sarah (Sasha Anne) traumatized, her uncle dead, and her cousin, Kelsey (Madison Ekstrand) missing. A year later in college and unable to let it go, Sarah decides to write yet another article about the disappearances in and around Pines Barrens, an area known for disappearances and local cryptid, the Jersey Devil. Using the excuse of writing an article for her school newspaper, she takes Kelsey’s boyfriend, Alex (Evan Adams) along for company and as a second pair of eyes. Once separated, they quickly run out of humans to trust, leaving only the unknown monster in the woods and no way home. The mystery of the Jersey Devil goes back centuries (ok) and so does the bad blood among the descendants of the early settlers, but they may not survive the night in time to make deadline.

Reed’s Point isn’t a bad movie, it really isn’t. The mythology of the Jersey Devil, a creature of nebulous folklore that supposedly hunts along the borders of Pennsylvania and New Jersey doesn’t get the deep dive in the movie that it deserves. It’s not a well-known cryptid, unlike the Mothman of West Virginia or Puerto Rico’s Chupacabra, so a little more fleshing-out might have been beneficial. Plenty of reporter voiceovers and newspaper clippings paper the screen, but those are focused on the disappearances, not the actual creature. Therefore, when it shows up, (of course it will show up), it’s on the poster, and it’s not the terrifying stuff of imagination it could have been. Don’t get me wrong, I thought the creature looked fantastic, I just didn’t think it was right for Reed’s Point. Of course, it does suffer from the usual micro-budget issues, like sudden daylight or darkness, filming at night with poor lighting, or relying on overdone tropes to exit characters with unresolved storylines.

The overall acting for Reed’s Point was better than average, with the exception of some mopey dialogue in most of the third act and particularly the last two minutes which made zero sense. A lot of the issues I attribute to the multiple screenwriters in search of a cohesive emotion, but unable to pull it together consistently throughout. The practical effects are where the budget went, and that’s fine because it was money well spent to show ripped out throats, broken legs, gunshots to the throat, and of course the creature costume. For a palette cleanser during an afternoon of clearing your screening queue, you could do a lot worse, so put it in your watch queue for some maybe viewing on a rainy afternoon.

Reed’s Point (2022) is unrated but for the sake of the really good practical effects, call it PG-13 for swears, car crashes, head wounds, throat gouges, broken limbs, and gunshots to the face.

Reed's Point is streaming now on the following services:
Powered by JustWatch