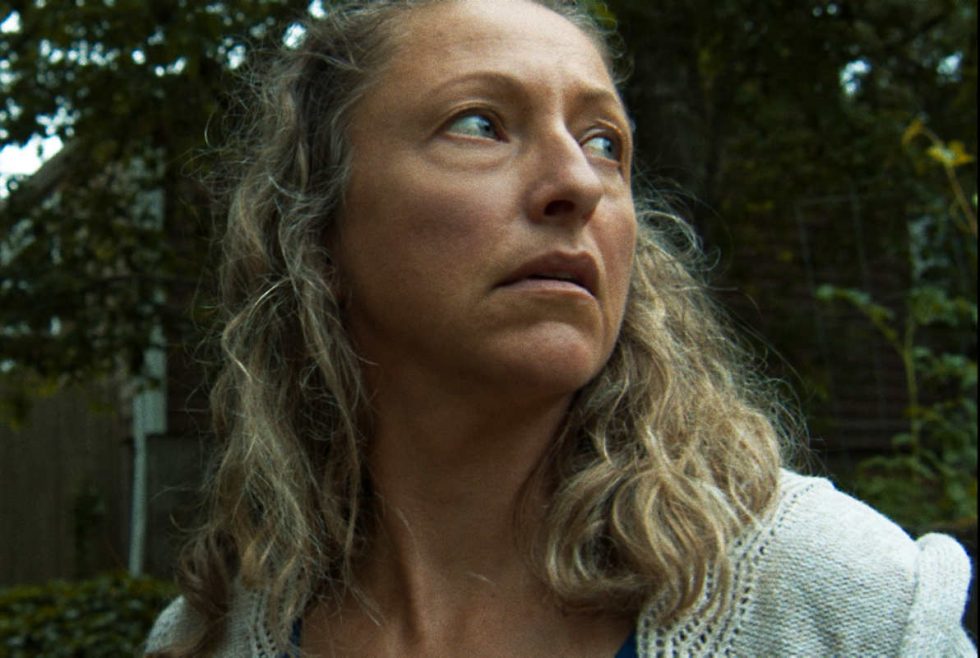 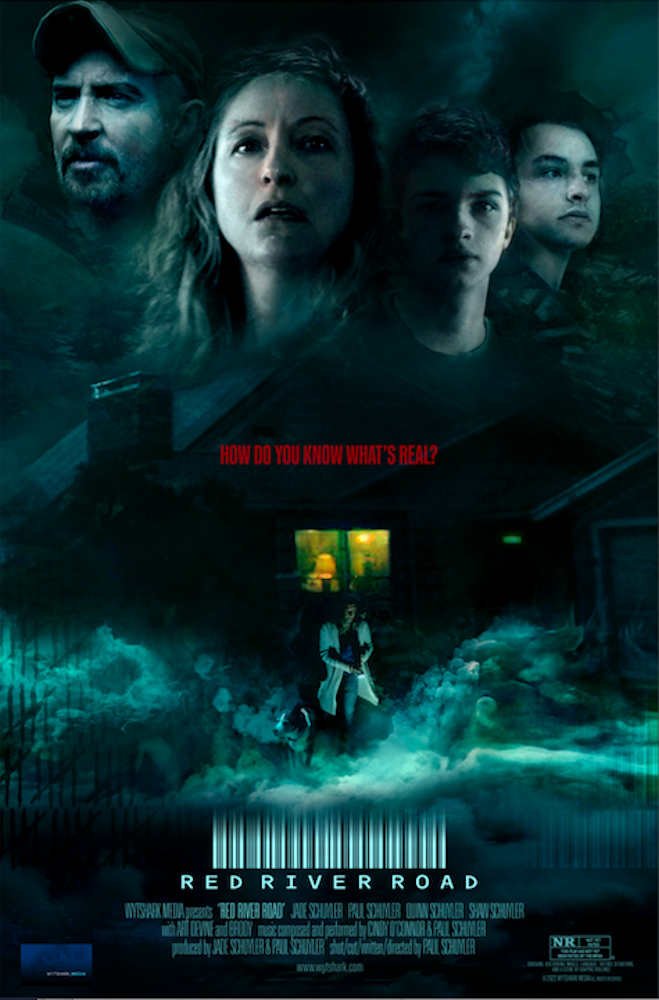 Red River Road (2020) is a meditation on the pandemic, isolation, and the toll they take on one’s sanity. Filmed by the Schuyler family during the pandemic, it’s an effective thriller that doesn’t pull its punches.

Anna (Jade Schuyler) and her husband Stephen (Paul Schuyler), with their two sons Wyatt (Quinn Schuyler) and Sean (Shaw Schuyler), are isolating at their summer house after a worldwide virus that spreads through the internet causes lockdowns and a ban on personal electronic devices. In this reality, families are microchipped and provided weekly rations of food and DVDs. There are also periodic phone calls to confirm that everyone living in the home is there and accounted for. It’s a far more dystopian government with a lack of news or information. A perceived positive side is that everyone is spending more time together in a way that seems healthy while still allowing individual growth. There is music, board games, Lego building, and they aren’t at each other’s throats.

Until Brody the dog disappears. Then there is a betrayal of trust, and the united front begins to crack. The family feels they may have been exposed and begin to disappear one by one. Anna begins to question if she’s the one slowly succumbing to the madness.

This is the third family-helmed lockdown movie I’ve seen in 2022, Hellbender and He’s Watching are the other two. Just when you think you couldn’t possibly watch another lockdown movie, here comes one that doesn’t look rushed or slapped together. I can certainly appreciate not only the effort of a family project but the professionalism and tight acting, not to mention the camerawork. All three films present families in the grip of terrifying, personal dramas and handling them the way you would expect a well-adjusted family to handle them.

Red River Road weaves conspiracy and paranoia into what could easily be a hysterical 89 minutes of door rattling, jump scares, and yelling. Instead, there are measured steps with increasing frequencies of mistrust and fear that feel as rational as they are terrifying. The Schuylers are in effect playing themselves trapped in a nightmare scenario of missing or false information, so it’s easy to see the well of emotion each character draws from.

Removing the certainty of reality in familiar places among loved ones, Red River Road skillfully turns what is already becoming a tired trope into a masterclass of independent filmmaking.

Red River Road (2020) is unrated but we can call it PG-13 for made for TV swears, off-screen slicing, dreamy paranoia, and tension over the dog.

Red River Road is streaming now on the following services:
Powered by JustWatch