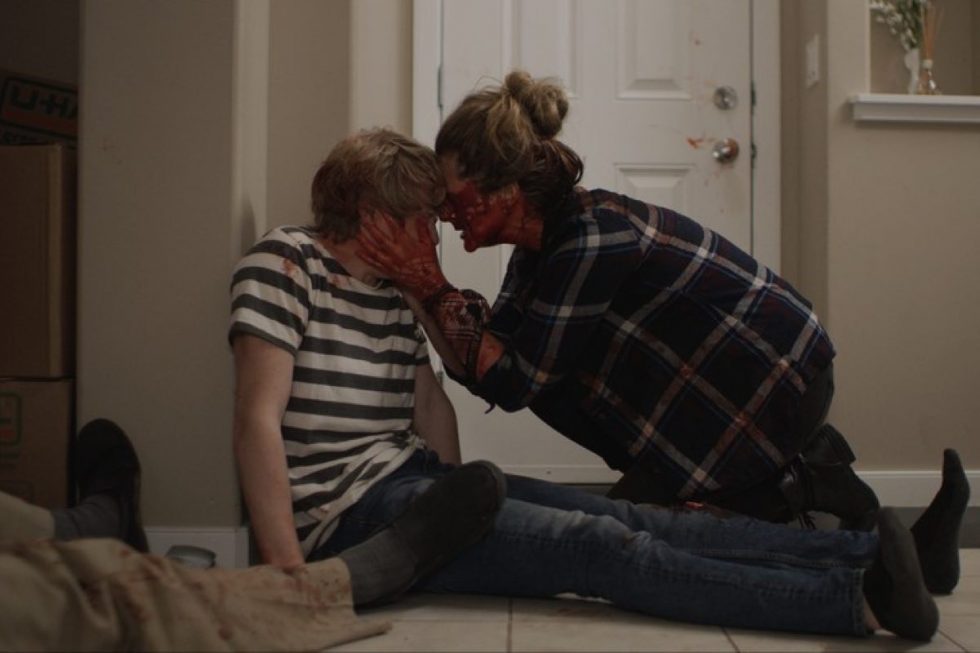 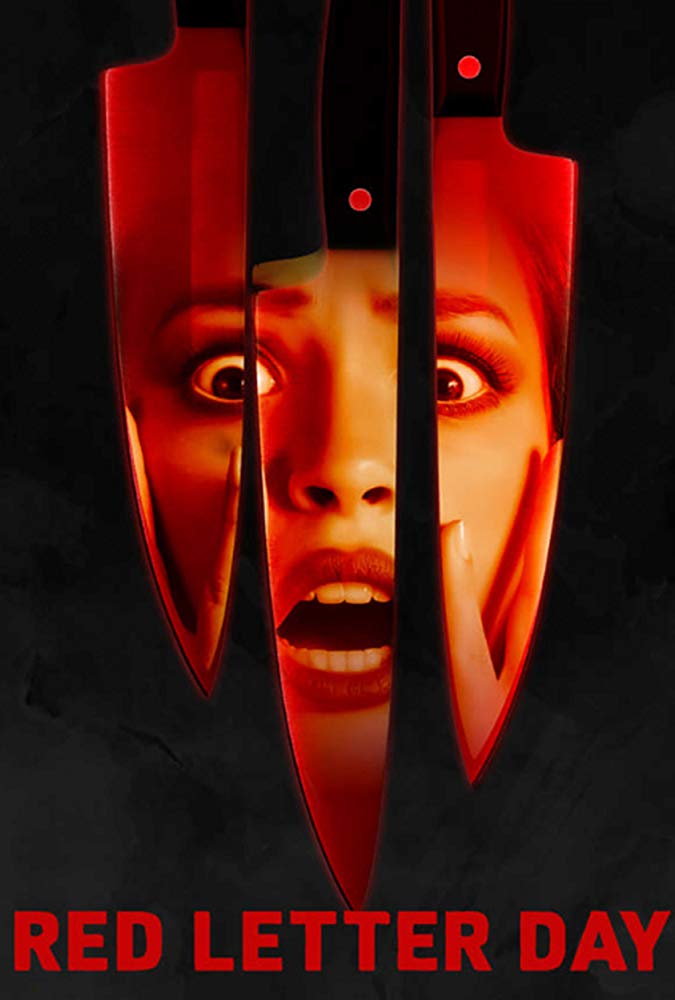 Ever seen a human mandible violently split open down the middle Predator-style? Well, do I have a movie for you! Red Letter Day asks a question similarly presented by bigger budget (better) horror film The Purge. What happens to peaceful suburbia in the face of impending violence? The answer is mayhem.

While The Purge‘s premise encouraged citizens to murder each other lawfully, Red Letter Day takes a more nefarious and mysterious approach. We never know for sure (until the end) who is mailing the entirety of a suburban neighborhood red letters instructing the addressee to murder a named neighbor…before the neighbor can kill them. At first amusing and a touch startling, a sense of paranoia overcomes the film’s lead Melanie (Dawn Van de Schoot) and her two teenage kids, daughter Madison (Hailey Foss) and son Tim (Kaeleb Zain Gartner).

Because this is a horror movie, the trio separate to face their quickly unraveling suburbia. Melanie visits her target and best friend, only to have to protect herself from her friend’s irrational spouse. Madison splits to be with her boyfriend while Tim is hunted in his own home.

In the film’s Blu-ray extras, writer and director Cameron Macgowan explains the inspiration for Red Letter Day came from the anxiety of not trusting your neighbors, but also Donald Trump’s polarization and how quickly groups of people turned on each other. In theory, it’s a fantastic idea, but in execution, the director fails to flesh out the basic concept. Small budget horror films tend to obsess over practical effects, and here is where Red Letter Day fumbles. The blood and gore overshadow and overcompensates for the lack of story. There’s no chemistry between leads, and the antagonist, of course, is hiding behind a computer screen in his mom’s basement. Originality? Nope.

There are worse horror films out there, but not many. The film is a breezy watch at 76 minutes and probably worth a viewing from fans of the genre, but don’t expect a well-manicured slasher or you may want to murder your friendly neighborhood film critic.

Red Letter Day is streaming now on the following services:
Powered by JustWatch