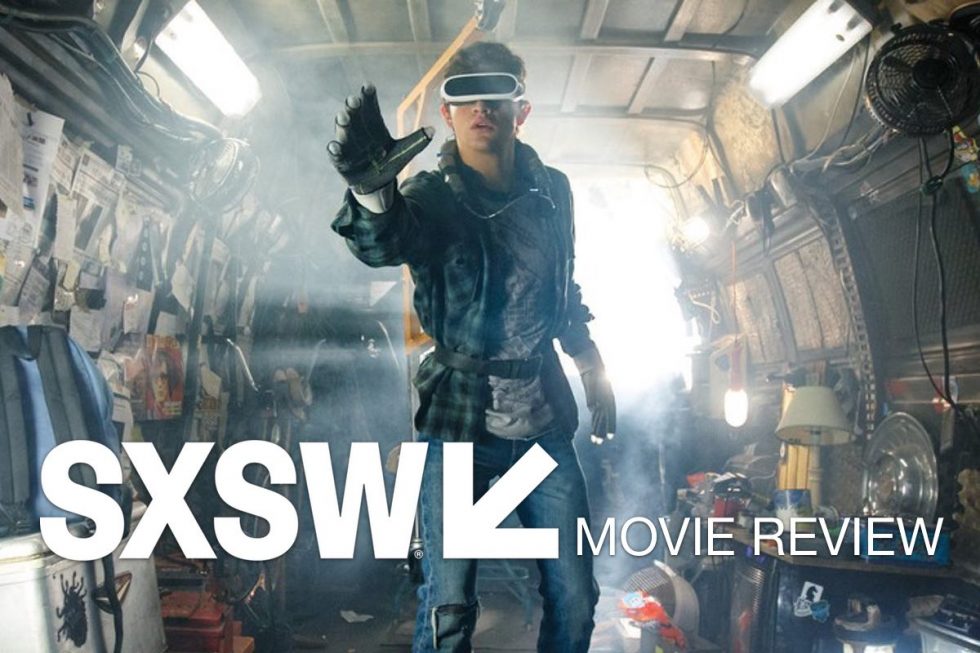 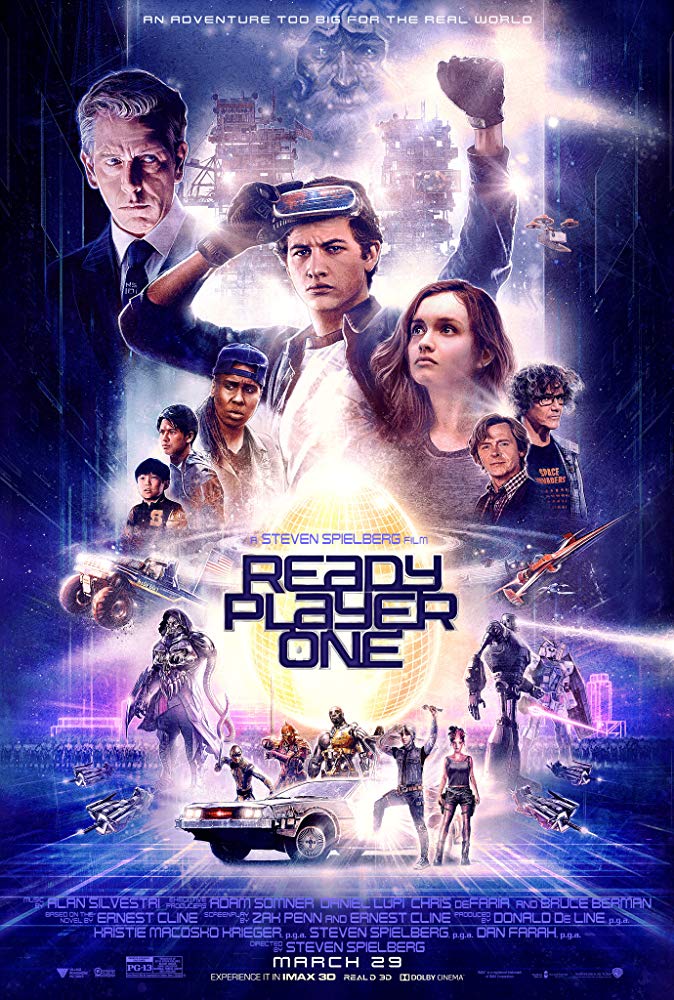 Ready Player One, the futuristic adventure novel from Ernest Cline, finally had its screen adaption debut at the 2018 SXSW Conference in Austin, TX… and it was well worth the wait. The epic adventure, set in the year 2045 and taking place primarily in an online virtual world called the OASIS, was every bit the tour of nostalgia that the book was, and maybe even more.

The book is essentially a giant love letter to Steven Spielberg, so appropriately, the film is helmed by the celebrated director. His involvement only added to the high expectations the book had amongst its fans. A huge fan of the book myself, I went into the screening hoping for the best, but bracing for possible disappointment; a caution tempered by having Spielberg at the helm, but a caution nonetheless, and thankfully, one I didn’t need to have.

Right from the start, the movie immerses you in the dystopian world of Wade Watts a.k.a. Parzival, played and voiced by Tye Sheridan. You get the sense of desperation Wade feels, being on the losing side of a society that offers few chances to get ahead and barely enough to survive. His sole escape is the OASIS – an online virtual universe created by James Halliday (Mark Rylance). But this is not simply a gaming universe. In the OASIS, people go to school, they amass wealth and run businesses, they can even create war and fall in love. The universe is massive and continually expanding. Upon his death, Halliday reveals that he has hidden an Easter Egg somewhere in the OASIS, unlocked by a series of keys. The person who finds these keys, which are earned through various gaming challenges, unlocks the egg, inheriting Halliday’s fortune and majority shares of the OASIS, essentially controlling the way people work and live around the world. Wade Watts is the first person to find a key, and the race to complete the final challenges is on. With the help of his online friends and the mysterious Art3mis (Olivia Cooke), Wade races to recover the keys before a giant, well-financed corporation led by Nolan Sorrento (Ben Mendelsohn) can unlock the OASIS for itself, with the nefarious goal of monetizing the virtual world for massive profits.

I predict that once released, fans will lament the changes Spielberg made to the source material. Entire scenes from the book are missing. Characters have been changed and some of the pacing feels a bit rushed. You don’t get the super deep immersion into nostalgia that the source novel provided. Explanations of important factors, like the relic weapons, and Halliday’s deep love for the pop-culture of his childhood are a bit rushed, which is understandable given time restraint, but what you lose there, you gain in unbelievable CGI, and a fast-paced adventure that barely relents. I won’t spoil it, but there’s one incredibly thrilling scene that was an absolute surprise to anyone who saw it. That one scene more than made up for any missing elements that I might have otherwise regretted.

I’m sure on a second and third viewing I’ll catch other elements of the story that I missed on the first viewing. Something Steven Spielberg himself hinted at as he introduced the movie to a surprised SXSW crowd. But even for a first view and concentrating solely on the action dead center, Ready Player One is a rare breed of movie (not film, per Spielberg) that not only lives up to the source material, but elevates it with stellar visuals, solid storytelling and scenes that beg you to cheer.

Ready Player One is streaming now on the following services:
Powered by JustWatch