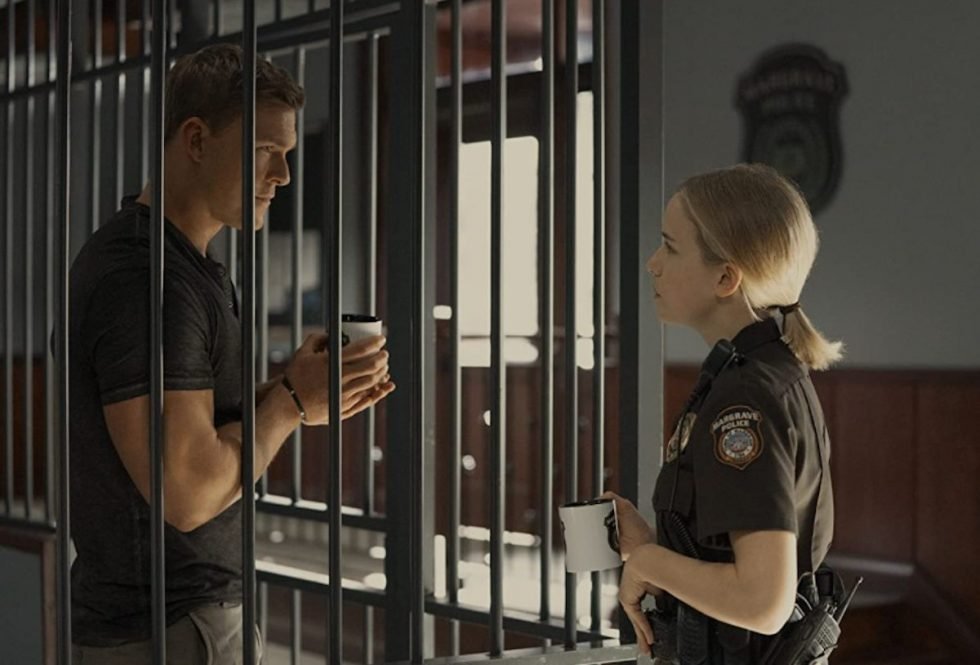 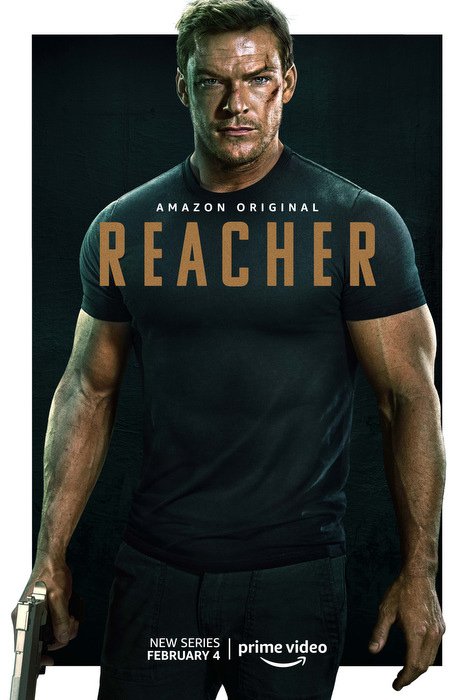 Amazon Prime brings Reacher to the small screen in an eight-part adaptation of the 1997 novel, Killing Floor, the debut novel from Lee Child. This is not your typical small town police procedural because nothing about Reacher is small.

Retired military police officer, Major Jack Reacher, is trying to enjoy a little Southern Hospitality in Margrave, GA, touristing about for the final resting place of Jazz Great Blind Blake, when he’s arrested for the murder of some men discovered in a nearby field. Alan Ritchson plays Reacher, a large man with a keen eye, superb fighting skills, and sharp detective skills. With the help of Chief Detective Oscar Findley (Malcolm Goodwin), a Boston transplant who couldn’t be more out of his element, and Deputy Roscoe Conklin (Willa Fitzgerald), a small-town girl with big cop ambitions, they work to uncover corruption in Margrave as well as solve the murders of the folks suddenly dying all over town. As the various felonies and bodies stack up, Reacher, Findley, and Conklin find themselves knee-deep in bodies for reasons they don’t have the luxury or time to explain. They are nosing around an operation larger than they can imagine, and allies that they can trust are in short supply.

These aren’t small-town hayseeds dealing with rolling meth labs in the back of pickup trucks, and it takes more than a few episodes before Reacher and team can fully uncover the depth of the overall problem, which includes a missing accountant (Mark Bendavid), and the fact that Margrave’s medical examiner, Jasper (Harvey Guillén), wishes the town would go back to rolling meth labs. These are people dealing with an extraordinary situation with a relative measure of calm and careful thinking. That’s why this show’s setup and pacing work. It unfolds over eight episodes as the clues present themselves. If there’s a downside, it’s the villains, which can’t be revealed by me because spoilers, as rooted as they are in Margrave, are your fairly one-note baddies with a wider access to very dangerous out-of-towners. It won’t take much to figure out who’s pulling the strings, but it’s the why that requires a little more thought, which makes it fun, if a lot more far-fetched.

You may remember the 2012 movie, Jack Reacher, starring Tom Cruise and it may have severely strained that muscle that suspends belief. That’s because Jack Reacher in all of Lee Child’s books is a large man who can no more be mistaken for Tom Cruise than a brick wall mistaken for a toadstool. Alan Ritchson imbues Reacher with all of the grace a man of his size naturally learns to command after years of fighting and winning. He’s also thoughtful, if emotionally detached, which makes Reacher less like a large tank that mows over people and more of a seasoned sniper who does what’s necessary to do the right thing with lots of careful planning. He draws on his military skills as an investigator and his talent for efficiently sifting through clues. There is a lot of action and hand-to-hand fighting in Reacher, which is a nice change of pace from other procedural Amazon Prime series I enjoy, like Bosch, which relies on guns and car chases. Reacher isn’t just some big, emotionless lug who can shoot stuff. He’s smart, hyper-observant, and easy on the eyes.

It should go without saying Reacher is violent. Plenty of headshots and sucking chest wounds with arterial sprays, and enough broken arms to fill a trauma ward, there is a lot of creatively unexpected violence to remind you that Amazon Studios does not care about your feelings. The second episode brings a crime scene that is so shocking, I thought I’d slipped into one of my horror screeners. Something shockingly gruesome happens maybe once an episode, and that’s good. Reacher is dependent on the story with the visuals thrown in for free. Because of the violence, no character is safe, and that’s also good because you cannot expect a happy ending. With all players on the field, the tension is high and it’s a small enough push to begin to care about everyone’s wellbeing – well, except the bad guys.

There are eight one-hour episodes, and you may find yourself binging them all in the course of one or two evenings. You’ll want to, because it’s that good.

Season 1 of Reacher is airing now on Amazon Prime and carriers their Maturity Rating of 16+ on all episodes, with the exception of Episode 2, which is given an 18+. You’ll know why in the first 15 minutes