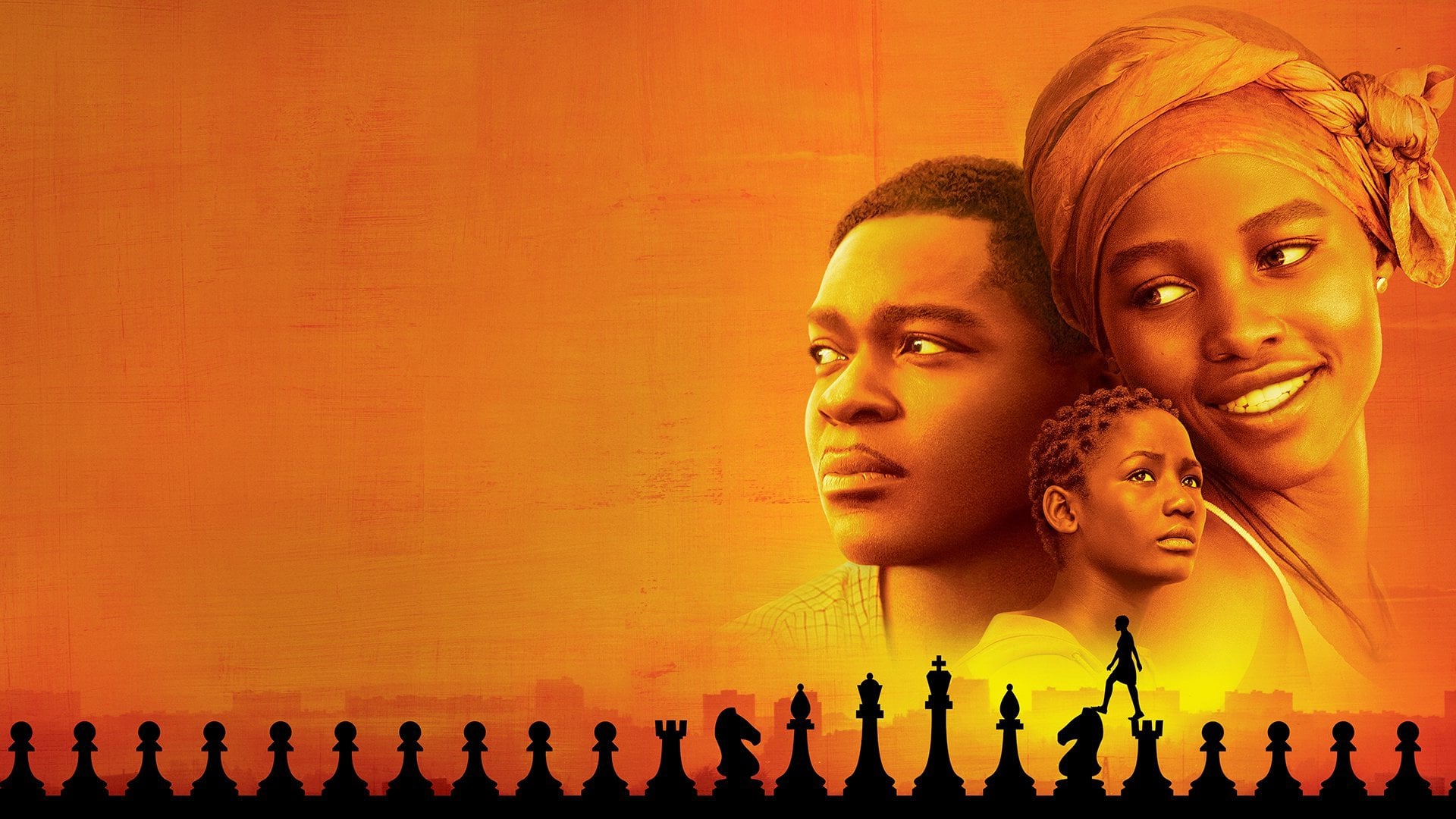 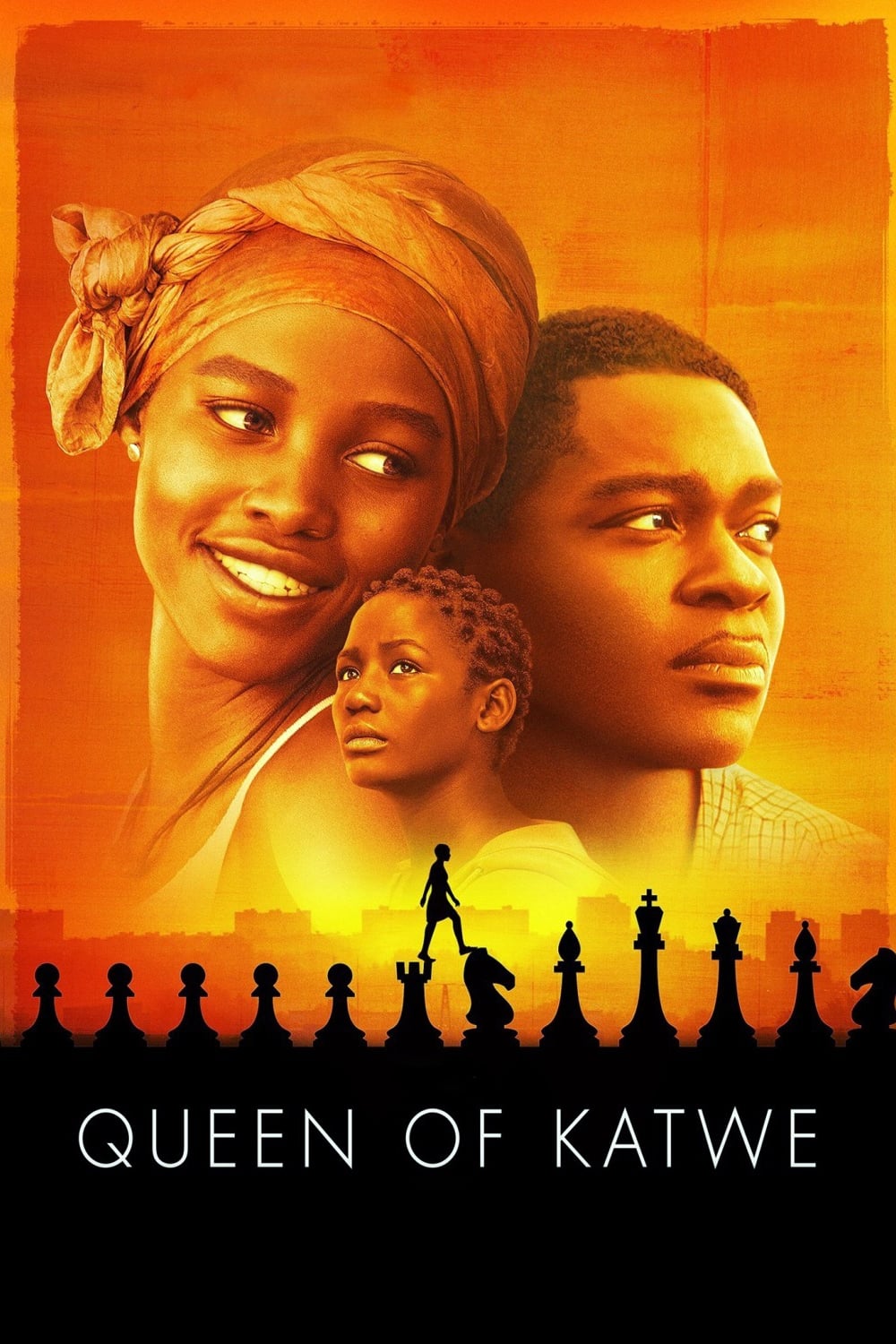 I must begin by saying I usually hate movies that are “based on a true story” because they make them overly cheesy and dramatic, effectively turning me off from the entire story. That….that did not happen with Queen of Katwe. I was hooked right from the beginning, swept up in the streets of Katwe, Uganda with young Phiona and her brothers.

If you’ve ever been to an African country or parts of Asia, the set up will somewhat feel like home. The bright colors, the busyness of the citizens, the random animals like chickens and dogs walking around freely….Katwe is no different. In the movie, Phiona’s friends refer to their part of Katwe as the slums. Many different spaces with makeshift houses, children running around playing games, and proud with baskets on their heads. Welcome to Katwe, Uganda.

Phiona Mustesi (Madina Nalwanga) is the second oldest of four siblings. Her mother Nakku (Lupita Nyong’o) works tirelessly to provide for her children as her husband died. Phiona works every day with her brother, Brian (Martin Kabanza). So when he starts attending free chess lessons held by the brilliant Coach Robert Katende (David Oyelowo) in order to get free food, she tags along.

I must say that we as film viewers love a good ensemble cast of talented young actors with chemistry. We saw it (and loved it) with Stand By Me (1986) as well as with Netflix’s Stranger Things. We can’t get enough! Well that is how I felt about the children cast in Queen of Katwe. In some instances it felt like these were children plucked off of the streets of Katwe as it felt that natural. When the boys teased Phiona for smelling bad, I was angry. As the film progressed and the children learned to support one another, I wanted to cry happy tears. When the kids worked together to beat a school of “richy rich” private school students, I was ecstatic. I was just really emotionally invested. Ethan Nazario Lubega as Benjamin was possibly the cutest thing I have ever seen. His portrayal was really understated and natural. The film overall felt organic.

As far as critiques go, the storyline was overstuffed, if you will. There were too many things happening in Phiona’s personal life to go back and fourth with her chess life with. I love many of the decisions the director made in deciding to show what I can assume is the real Phiona’s difficult life, but the way in which it was edited felt a little bit overwhelming and hard to follow. There was also the issue of accents. Queen of Katwe was spoken in English but there were many scenes in which it was difficult to catch what the actors were saying and the next thing you knew, they were laughing hysterically.

That was maybe 5% of the film, so not enough to deter me from loving this film!

Finally, can we talk about Lupita Nyong’o. Holy moley! In this role she is unlike you’ve ever seen her as she is the epitome of a proud Ugandan mother. Her pain and strength are beautifully showcased in her facial expressions and actions. She is the real deal. So talented!

Queen of Katwe started to drag a bit and I think that’s because we started the film at an odd point. Most films have protagonists with that barrier to overcome, they overcome it, and the film is over. With Queen of Katwe that happened at least three times so you didn’t know when it was going to end. I will maintain that this is one of the most oddly paced films I’ve ever seen but I love it nonetheless. Phiona is a national treasure and for good reason! In the end the actors stood next to the characters that played them. Phiona is now only 20, so much of this has happened to her so quickly but I’m happy that she was given a voice and a platform to speak on behalf of the kingdom of Katwe.

Queen of Katwe is streaming now on the following services:
Powered by JustWatch