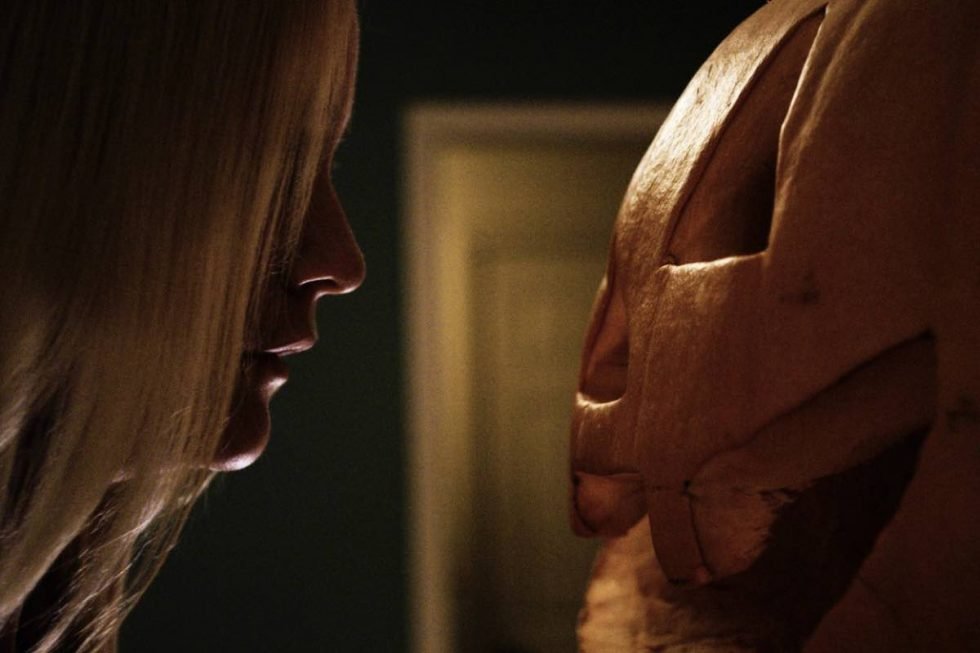 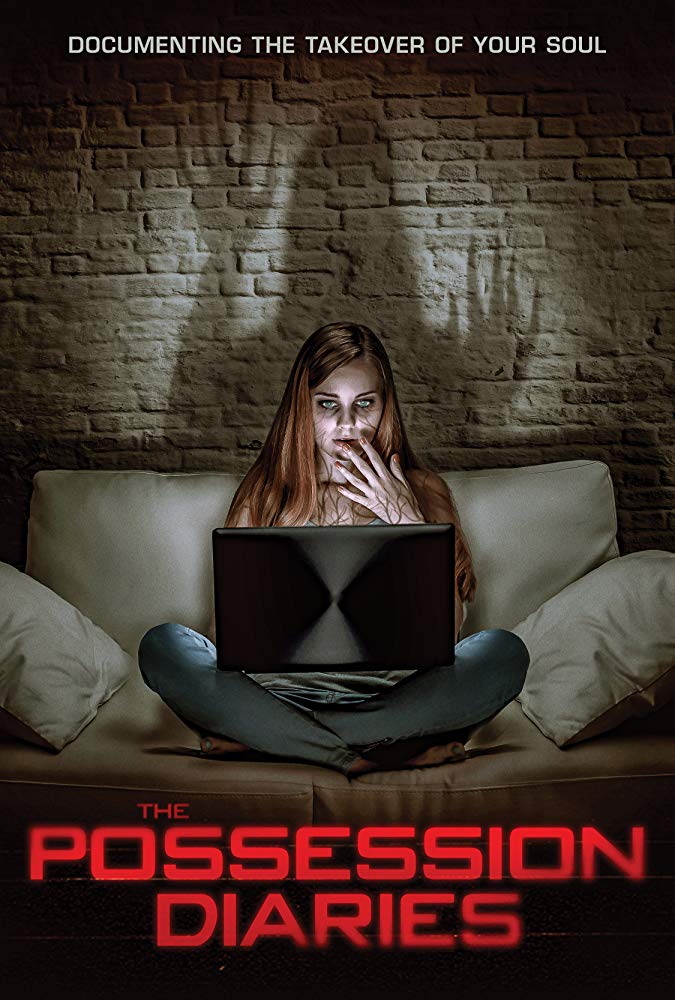 The set up to Possession Diaries is simple – Rebecca (Katherine Munroe) was “playing” with a Ouija board (off camera) and she believes she’s possessed. Now she’s is filming video diaries (vlogs) for an unknown audience of people who enjoy watching on camera freak outs as she disintegrates into total demonic possession.

Of course, no one will believe her, not even her loyal watchers, so she sits in front of the camera on her computer and complains about how scary everything. OMG U GUISE, I’M SCARED The demon calls her on the phone, lightly possesses her, and basically makes her a prisoner in her own home. I forget why she can’t leave and go to her Aunt Peggy’s (Eileen Dietz) house to meet with a psychic and priest, but if you’ve ever been on a video chat with someone who complains about being hungry but won’t make a sandwich, you get the idea of how Possession Diaries plays out.

Rebecca is visited by her boyfriend, Dante (Johnny Ortiz) and they argue and cuddle, but even that feels like a doomed relationship. Oh, and this is leading up to Halloween Night, so if you’re a super religious person who believes Ouija boards are evil and Halloween Night is scary, then this movie will likely terrify your church youth group. For the rest of us, it’s a series of tired tropes and the nearly single, well-lit location doesn’t add much to the atmosphere.

If the whole movie were filmed with the laptop camera Rebecca whines into, I could forgive some of the subdued terror, but Possession Diaries has too many roving edits to even entertain that conceit. It’s not a found footage film because we visit Aunt Peggy at her house while she’s on the phone, and I don’t think she has drones record her while she’s walking around her talking to relations.

I love a good possession film. I love it when they bring something new to the table instead of relying on 80’s style Satanic Panic. There’s even a very abbreviated exorcism that might have given an actual demon a case of the sniffles. Unfortunately, The Possession Diaries This feels like a student film, written and directed by a student who hasn’t seen a horror movie made in the last 20 years. The demon talks too dang much and you’re left wondering if this entity really doesn’t have anything better to do.
Possession Diaries is yet another gem released by Uncork’d Entertainment and perfect for the type of people who enjoys a RiffTrax style evening of a movie they didn’t pay for and will be released to DVD and VOD June 4, 2019.

Possession Diaries is unrated, but had it gone before the MPAA may have been given a PG-13 for swears, practical skin and corpse effects that looked very, very good, gravelly voices on phones, broken fingernails, and dead people.

Possession Diaries is streaming now on the following services:
Powered by JustWatch