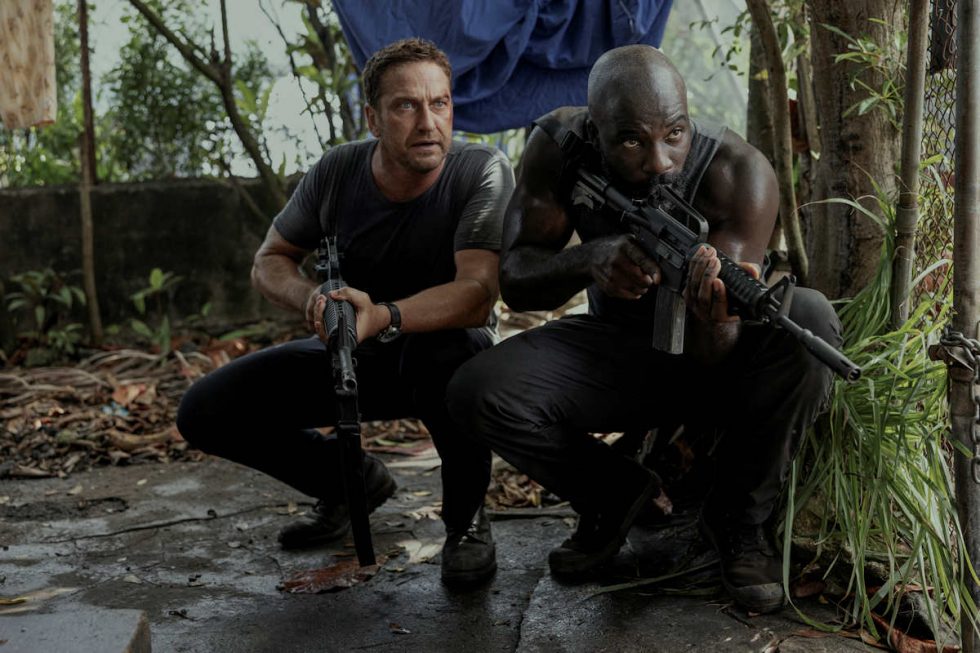 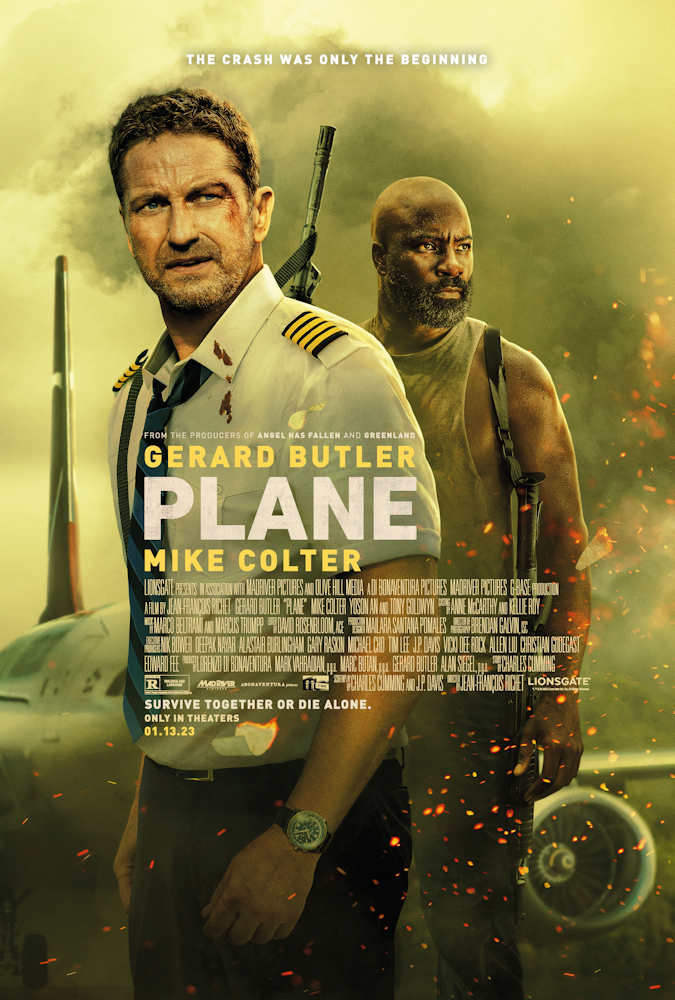 On its surface, Plane (2023) looks like a big dumb and loud action movie with muscley men. guns and a plane in peril.

Captain Brode Torrance (Gerard Butler) is piloting a New Year’s Eve Trailblazer Airlines flight from Singapore to Hawaii, in the hopes of ringing in the US New Year with his daughter. He’s experienced, confident, and assures his green co-pilot Dele (Yoson An) that he might be able to shave some time off their flight. There are complications, of course. For one, they’ll be flying into a huge storm which will cause a rocky flight for the passengers. For two, they’re carrying an extra unscheduled passenger, Louis Gaspare (Mike Coulter), who’s being extradited to face a 15-year-old murder charge. Everyone from the Marshal to the flight crew assures Torrance it will be an uneventful flight.

But no one asked the storm. After catastrophic damage and an improbable landing (which was kind of white-knuckle cool), they land on the most lawless island in the Philippines. With no transponder, shelter, or food, Brodie must keep his little band of passengers safe long enough to be found and rescued, not only from the brutal elements, but the roving band of murderers who have designs of their own on the survivors.

Plane manages to take something topical, current, and terrifying and not make a comical farce of the experience, which is rare when it comes to movies with big guns and dangerous men. Relying on that rare combination of intelligence, experience, and coincidence, Plane succeeds in crafting a smart thriller that tests the reliability of its characters against their humanity. Torrance isn’t just a former RAF pilot looking for a scrap, and Louis Gaspare is more than a dangerous fugitive.

Back at Trailblazer headquarters, the crisis team has been assembled, shuffling between damage control with the media and weighing options for a quick, if not completely bloodless, extraction. Leading that team is cooler than a bowl of frozen cucumbers Scarsdale (Tony Goldwyn). He has a few tricks up his sleeve using ruthless methods and black ops teams. This may be the most far-fetched bit of the entire storyline, however, if you were stranded in a foreign wilderness with militia and bloodthirsty scavengers hunting for you, you’d want a black ops team swooping in to cover your breakout. That slice of escapist fantasy may have been my favorite part, right alongside Mike Coulter playing a calculating outlaw who may also be a murderer, but at least he’ll have a good reason for shooting you in the head beyond “I wear a bandana.”

Unfortunately, the lawless band of wannabe pirates is as cookie-cutter as Central Casting can send. You’ll know the lead bad guy (Evan Dane Taylor) by his bandana, and his crew is filthy and needlessly cutthroat. Not everyone can have a solid backstory or sensible character development, and we have to be grateful no one broke out any martial arts.

What also didn’t work is the sad storyline between Torrance and his daughter. For movies like this, audiences really don’t need that extra push for sympathetic urgency. Torrance should want to get out of the jungle and home because it’s home, not because he wants to see a daughter he hasn’t seen in years. Wrap that around a sad-sack farewell message that may never be received and it’s a layer of schmaltz that collapses under its own crocodile tears.

Overlook the forced sentimentality and Plane manages to be a taut thriller with a balance of action, blood, shooting, and heroics that seem plausible without taking you out of the story. You won’t feel silly cheering or cringing and the popcorn will sit satisfied in your belly.

Plane is streaming now on the following services:
Powered by JustWatch