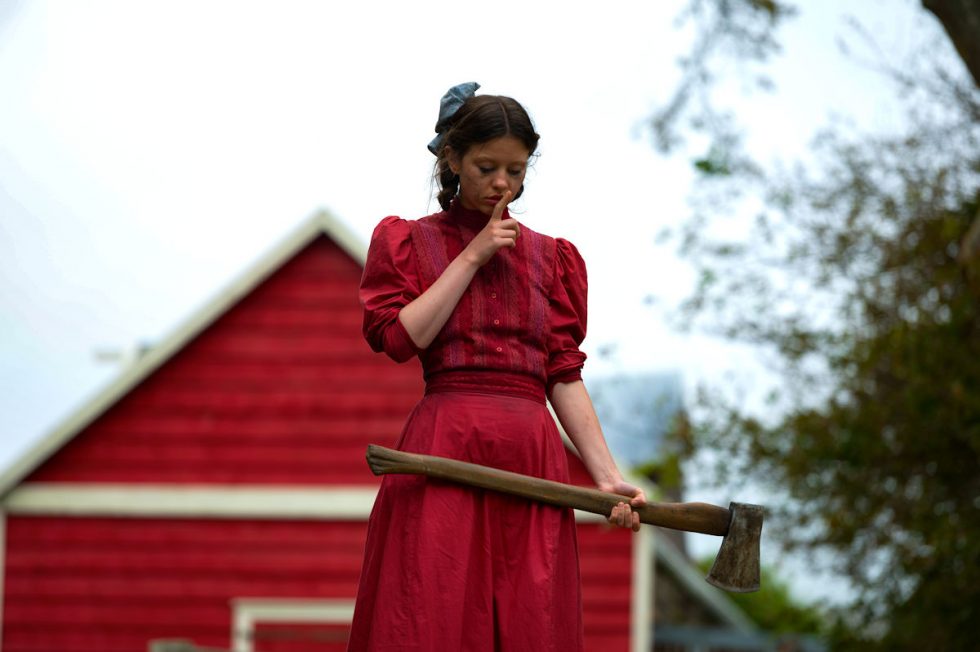 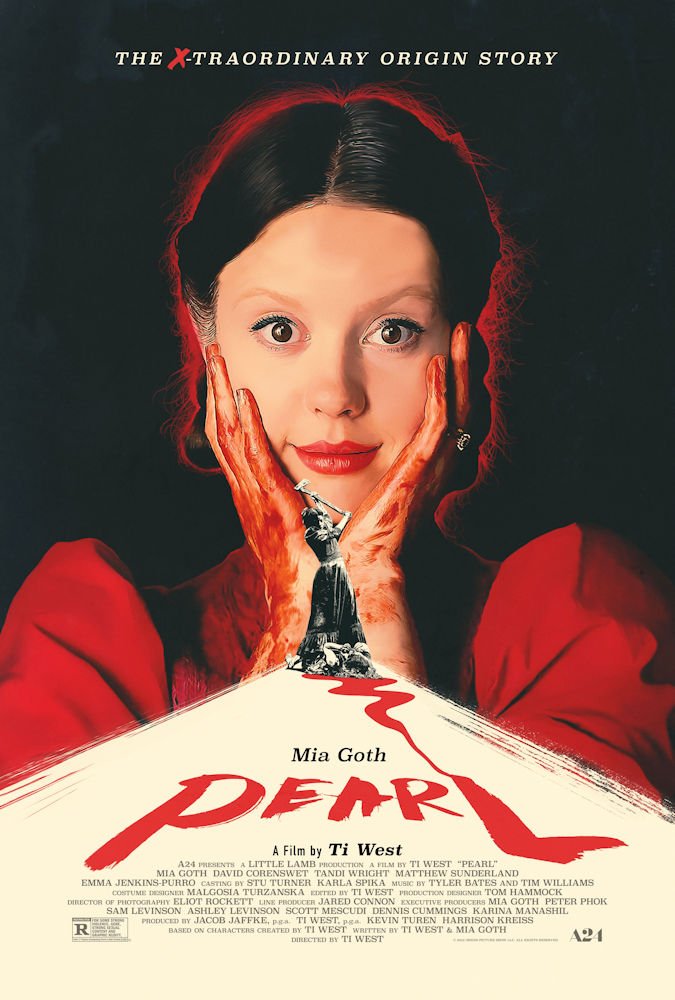 Ti West’s X (2022) was a SXSW2022 favorite, an homage to 1970s slashers like Texas Chainsaw Massacre (1974) and Last House on the Left (1972). The intimate audience (which included me!) received a thrill when the prequel Pearl (2022) was announced during the credits. With its debut on the horizon, maybe temper your enthusiasm.

The sweeping titles and swelling orchestral arrangement hint at the Wizard of Oz (1939) or Gone with Wind (1939) but as neither were horror movies, it feels like a misstep.

It’s 1918 and the world is in the grip of a World War as well as the Spanish Flu epidemic. Pearl (Mia Goth) reluctantly helps her mother on their meager farm, tending to chores and helping with her infirm father. Pearl dreams of much bigger things for herself. She imagines dancing on the silver screen and capturing hearts while accepting thunderous applause. As an escape, she sneaks away to the picture shows to see the dancing girls and knows she’s destined for better. Pearl’s mother, Ruth (Tandi Wright), a German immigrant, has sacrificed everything to keep the house and food on the table. She also lives in terror of The Germ, which likely led to the stroke of her husband. She and Pearl are constantly butting heads over the direction of Pearl’s life, which is not how either of them imagined. Pearl is determined not to end up like her mother.

Pearl is a series of things that might could happen, but nothing really actually happens. This is a Ti West film, so we expect the slow build-up of character development, and then the benign tipping point where everything slides from weird tension to a non-stop ride to Bananaville. Ti West likes for the audience to get to know the people about to be brutally eviscerated. There is Mother, Father (Matthew Sunderland), the Projectionist (David Corenswet) and Mitzy (Emma Jenkins-Purro), Pearl’s understanding sister-in-law and budding professional competition. These are well-rounded characters and their motivations are completely understood. But by the time things finally kick off and lots of people unremarkably die, the film is over. While people are dead (it’s why we showed up, after all), it’s a little incredulous to believe that this is the Pearl we meet in X 60 years later. This Pearl is a frustrated housewife and disinclined daughter with lofty dreams of elsewhere. She is indistinguishable from any other evolving woman of the 20th Century, and there’s nothing particularly notable about her or her situation. This is not to say that people weren’t murdered on small farms all of the time, but they kinda were.

Written by Ti West and lead actress Mia Goth, I wonder where the original idea was headed and how far the finished product is from that idea. In X, Pearl’s husband Howard, warned the filmographers not to agitate his aged wife. He was concerned about her strength, her health, and her appetite. That is the backstory we wanted to see in Pearl. What makes her so insatiable that, despite her advanced years, her husband couldn’t control her and felt the need to warn others off? We don’t find that out here, and part of me, the part that invents backstories for people waiting to cross the street, thinks the actual part of Pearl that drives her hunger wasn’t properly born to anyone’s satisfaction.

So we’re given a seven-minute monologue about being different and having deep holes. It’s disappointing.

Were Ti West and Mia Goth so concerned about building the wholesome character of Pearl, they forgot to add the motivation for X? Did they forget about X? I dunno, but I need a sequel to the prequel that falls before the original to get an idea of what is actually wrong with Pearl. “Garden variety sociopath” farmgirl doesn’t add up to the very fast, very agile, very hungry rage monster we later meet. So much is missing, from the religious fixation to the voracious libido, I feel like a completely different movie was made for a completely different franchise. Someone forgot this was a horror movie.

Pearl is streaming now on the following services:
Powered by JustWatch