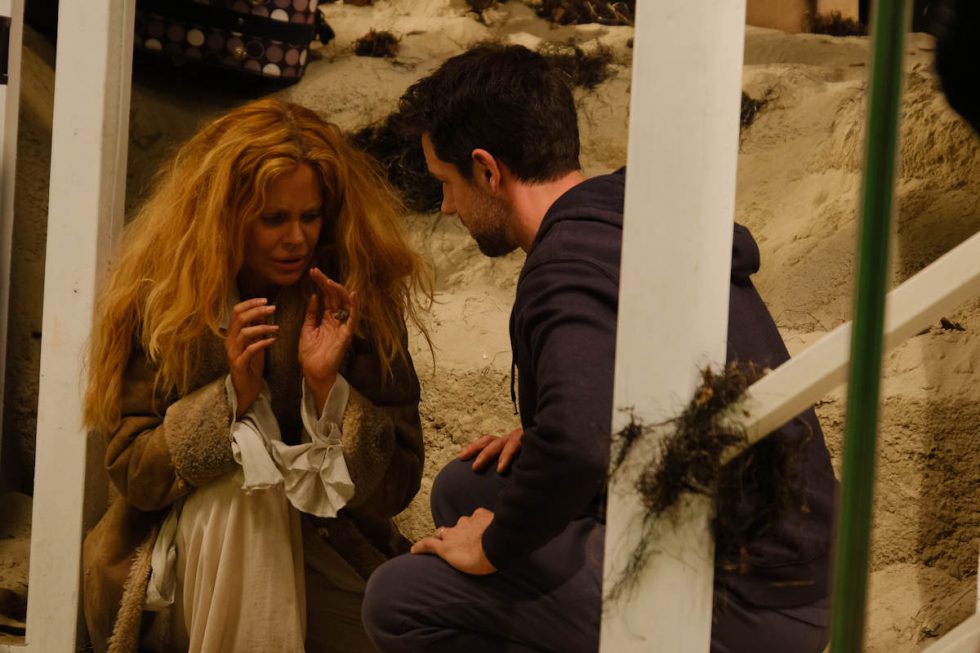 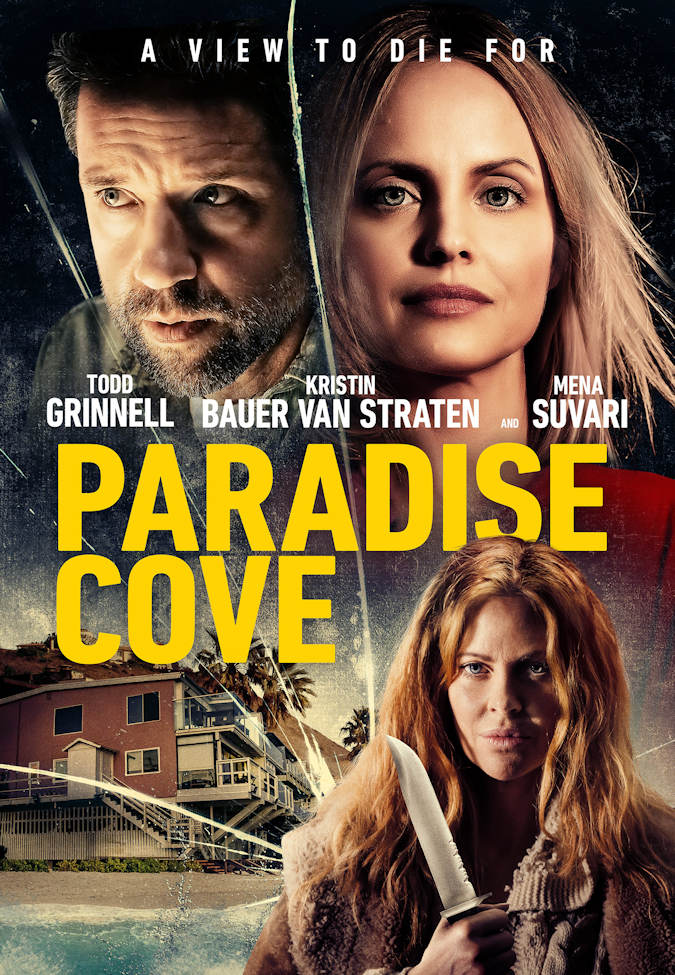 Paradise Cove (2021) tells the story of Knox and Tracy who try to renovate and flip his deceased mother’s Malibu beach house while coping with a lunatic squatting under their cash cow.

Knox (Todd Grinnell) and Tracey (Mena Suvari) try to make the best of a burnt-out Malibu beach house they’re super keen on fixing up and flipping for 6 million dollars. Unfortunately, they can’t get a permit to renovate because a) the house is only zoned for a certain type of house, which won’t get the kind of money they’d like (but would fetch a pretty penny), and b) there’s a crazy woman, Bree (Kristin Bauer van Straten), living under the house. They decide to renovate without a permit because no one knows how final occupancy inspections work, but Bree is content living under the house and makes it her business to be the needle in Knox’s side for as long as he sticks around. They can’t call the police, because that will call attention to the illegal renovation, so as things escalate and she free-ranges through their house, Knox and Tracey have no choice but to resort to drastic measures.

Because that won’t attract attention, right?

Look, Paradise Cove hinges on not taking care of the actual problem first. Then it’s lies compounding ridiculous lies because quite frankly they’re above things like permits and rules. There is no sympathetic character in this movie and we won’t even talk about the dog. I mentioned unsympathetic characters because everything The Bennets do is awful. They skirt the rules because renovating a 1BR house beach house to flip for $3 Million instead of the $6Million they have their heart set to raise kids and never work again is one of those white middle-class excess fantasies you only see in movies. Everyone seems to not want to get involved by enabling the homeless woman who seems to be trespassing under someone else’s home so she doesn’t become their problem. Could they do the right thing in the beginning, sure. Do they, well, who has time for “the right thing”?

Paradise Cove is a paint by number, barely basic-cable-worthy “thriller”. Mena Suvari is in it, sure, but her Tracy spends a lot of time day drinking for a woman who wants to be pregnant. There is nothing complex about Todd Grinnell’s Knox either. His deceased mother was far more interesting and she was only mentioned in passing. There is no depth to characters whose only motivating drive is to do something illegal quickly to get rich. Adding a maybe baby to the mix doesn’t increase the dynamic. The only thing surprising about Kristin Bauer van Straten’s Bree living under a beach house with all of that hair and those clothes was she didn’t have cable and a full electric hookup. Grief doesn’t make people crazy, and the mentally ill angle was lazier than the infertility angle. There was a lot missing from Paradise Cove and it was tied up in plot, story, compelling acting, and a satisfying ending.

We could talk about the dog, but I don’t want to.

Paradise Cove (2021) is Unrated, but I’d give it a PG-13 for women showering naked but you can only sorta see skin through a fence, women shooting up hormones, people falling from ladders, people getting cracked over the head, people getting waterboarded – I mean, sure, and the dog.

Paradise Cove is streaming now on the following services:
Powered by JustWatch