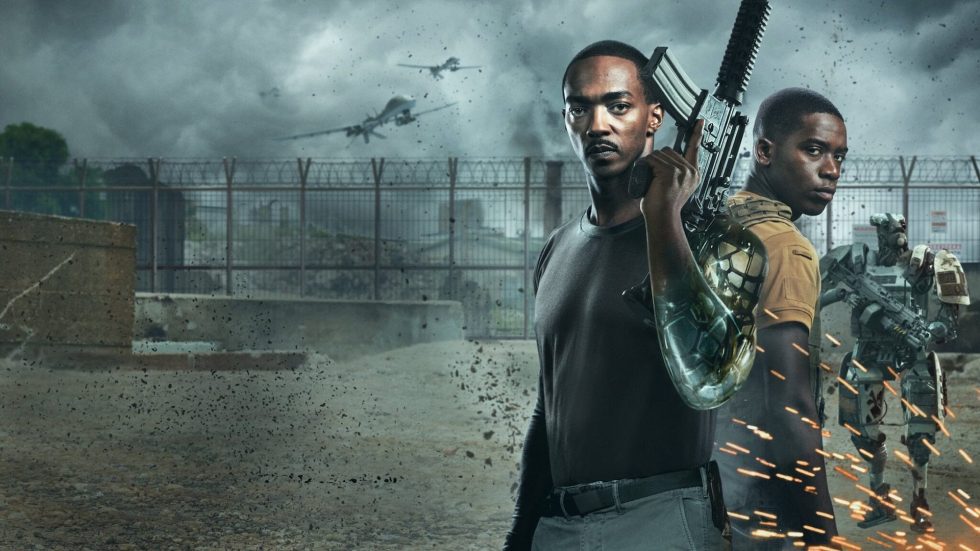 Outside The Wire Movie Review

Outside The Wire Movie Review Metadata

Outside The Wire Movie Poster 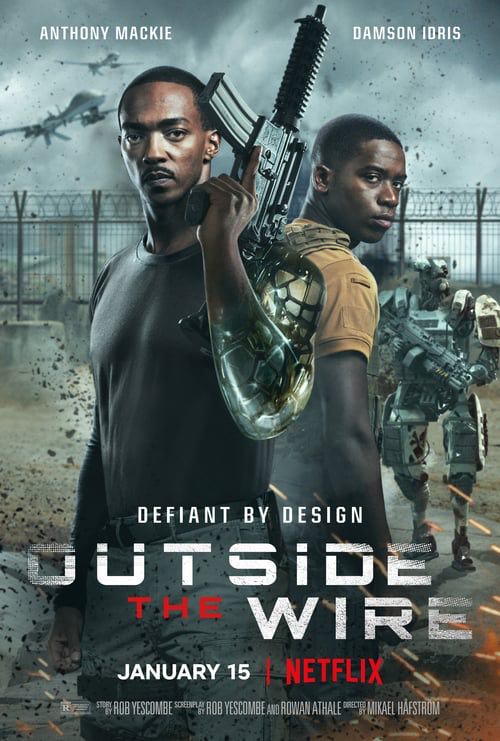 Outside The Wire Movie Metadata

Outside The Wire External Links

Outside The Wire Movie Trailer

Outside the Wire drones on for almost two hours, seemingly going out of its way to alienate viewers with a questionable, late plot twist. Anthony Mackie does all the emotional heavy lifting – creating some connection with the audience – but the actor can’t save a movie set for self-destruct.

Lieutenant Thomas Harp (Damson Idris) is a disgraced drone pilot relieved of his duty for failing to follow orders. However, the “higher-ups” deem the soldier’s training too costly to court marshal and discard him from service. Instead, Harp is sent to the frontlines of a deadly war breaking out in Ukraine.

The year is 2036, and U.S. ground forces are backed by drones, robot dogs, and robot soldiers called Gumps. Mackie plays an advanced, sentient android soldier named Captain Leo (he’s occasionally referred to as “Cap” *wink *wink). His mandate is to recover a nuclear-capable device before it finds a way to terrorist Viktor Koval (Pilou Asbæk). Leo partners with Harp to go “outside the wire” (figurative and literal) to prevent a potentially catastrophic event.

The film’s initial premise is straightforward if familiar. Harp is sent to learn his lesson firsthand about the real human consequences of his actions behind a computer screen. The ironic twist is Harp’s teacher isn’t even human, and in some ways, a drone himself. It seems unoriginal, sure, but why not just leave the movie here? After all, this is Netflix on a Friday – “give us a kick-ass action flick, man!” Leo’s actions take multiple turns throughout the movie, endangering the viewer with a bewildering array of unneeded behavioral and moral twists.

Director Mikael Håfström and screenwriters Rowan Athale and Rob Yescombe’s movie couldn’t leave good enough alone, and that’s unfortunate when you score Mackie as your lead. He’s a veteran for sure, showing he can handle his character shifts with ease. His opposite player Idris however, never seems to escape that blank look you get when you’re stuck behind a computer screen all day. As a matter of fact, that’s the face I’m making about this clinker, as not even the action sequences or filmmaking were all that groundbreaking in retrospect.

With Netflix recently announcing the streamer is releasing a new movie every Friday this year, I hope they start thinking outside the box because Outside the Wire just didn’t work for me. The film is available on Netflix beginning Friday, January 15th, 2021.

Outside The Wire is streaming now on the following services:
Powered by JustWatch