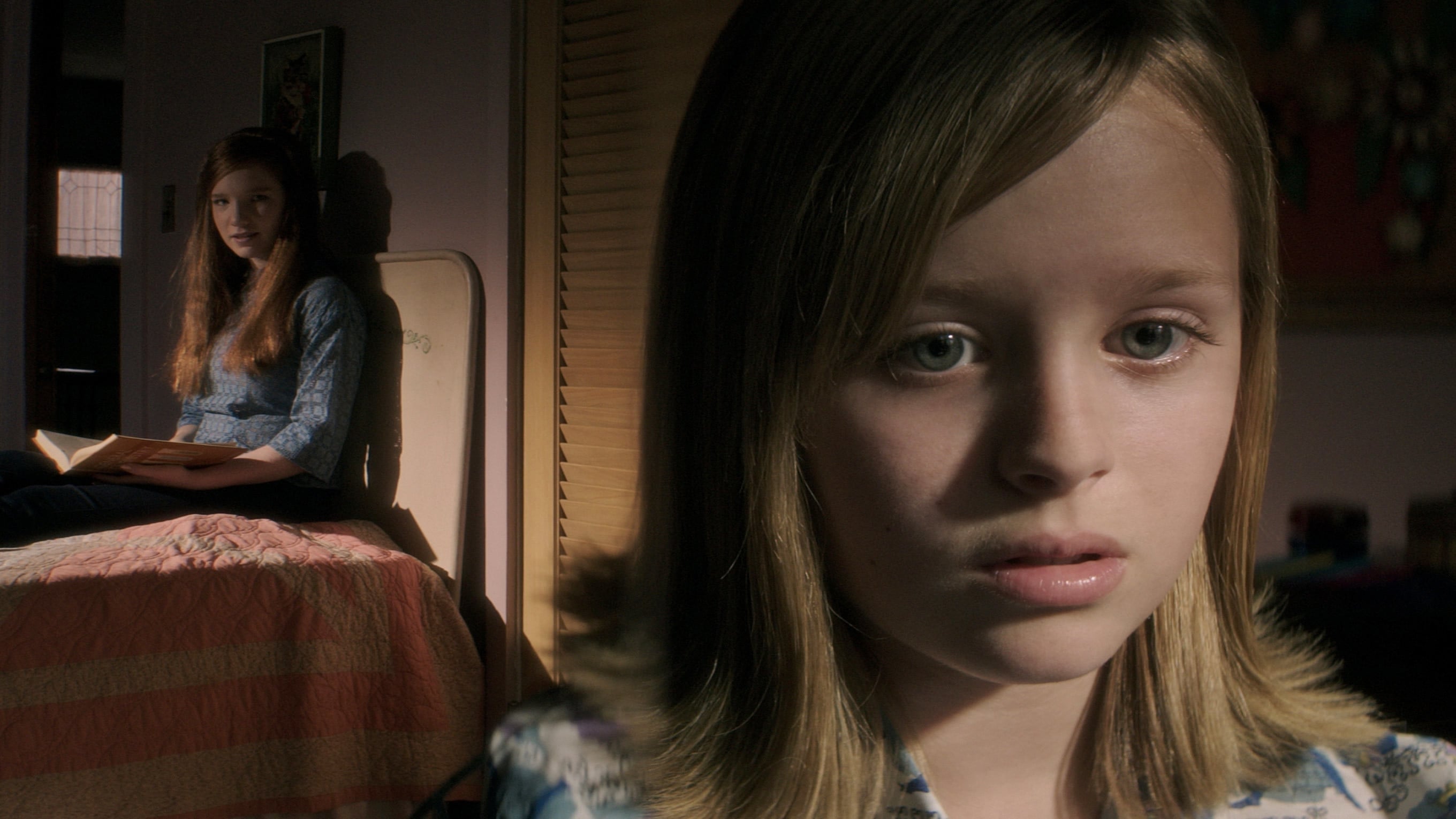 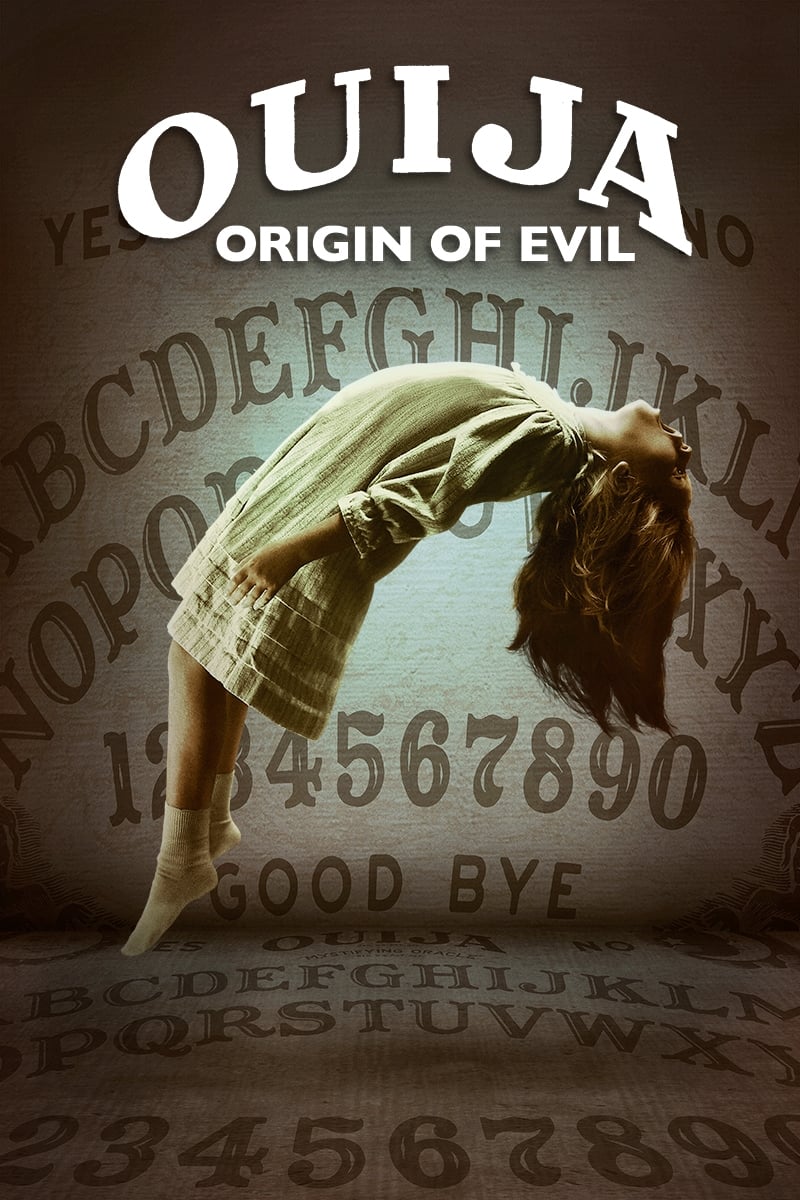 Writer/director Mike Flanagan continues to impress me. Absentia (2011). Oculus (2013), Hush (2016), and now Ouija: Origin of Evil. On the surface, the film looks like any number of haunted spirit boards that attack their users. Take a vulnerable person, in this case 9-year old Doris, convince her she’s making new friends , and an inter-dimensional portal is there for the conquering! We’ve seen movies try to use this with varying degrees of minor success (I’m looking at you, The Possession (2012)).

There’s more to this story than demons and sad little girls though. There are no easy answers. Things get dark super quick and there’s a surprising lack of blood.

Alice Zander (Elizabeth Reaser, The Twilight Saga: Breaking Dawn – Part 2 (2012))  is a young widow trying to pay the bills in 1967 with limited options. As “Madame Zander” ekes out a meager living fortune telling business, using surprisingly sophisticated tricks sleight of hand. With her daughters, Lena (Annalise Basso, Oculus) and Doris (Lulu Wilson, Black Box (2014)), she believes they’re helping people find closure with their departed loved ones. 14-year old Lena thinks her mom needs new tricks but she’s discovering new friends and boys and life is getting pretty good, all things considered. 9-year old Doris is just struggling to find her place in a world where her father is gone kids are mean. It’s not bucolic suburbia but everyone wears a mask.

Enter the Ouija Board and Alice thinks she can incorporate it into the business. Enter Doris and she thinks she’s made new friends that help mom pay bills and keep the bullies off her back. Now the odd man out is Lena, and she can see there is something wrong with Doris. The new mother-daughter gig is bringing in customers, but Doris is acting weird.

Here’s where movies like this tend to go off the rails. If they focus on the spooky kid aspect you’re left with a spooky kid movie and we’re all sick of those. Focus on the haunted item angle and you get research montages or info dumps we’ve heard from magical tomes blind elderly people with dire warnings.

The Ouija board in 1967 was a newly mass marketed parlor game pushed by Parker Brothers in it’s own hippie-mystical revival, so you can ignore the initial red-herring in the beginning. Lena is eyes of the savvy modern audience. She knows the tricks because she’s seen her mother do them. What she and her ally, Fr. Tom (Henry Thomas, Betrayal (2013)) lack is knowledge and practical experience, therefore this movie doesn’t fall victim to the usual tropes for defeating malevolent entities. They’re going in completely blind, doing exactly what you would expect 1960’s people to do in stressful paranormal situations and they fail miserably.

This approach should suck.

If you haven’t seen Ouija – don’t before you see this movie. Origins of Evil is a prequel (stick around for the closing credits and you’ll be clued in), but you shouldn’t be spoiled before you have a chance to really experience this movie. It is authentic horror. Not Lena watching her family disintegrate or Alice struggle to hold it together, but Doris flip from precocious lost soul to possessed vessel. Those scenes along are downright chilling and they just happen.

This movie is visually chilling. Never mind your jump scares, I’m talking chilling holds on tortured faces and creepy grins from little girls. The dread in your blood comes from watching an unhappy family spiral further from stability and into chaos with no way out.

Mike Flanagan and co-writer Jeff Howard manage to insert the insanity of trapped spirits with the banality of suburbia. No one has special powers, no talisman or benevolent nuns with holy water. No deus ex machina will spirit in to save the day.

You’re going to sit there and watch this family go to hell, and there’s not a blessed thing you can do about it.

I highly recommend this movie.

Ouija: Origin of Evil is rated PG-13 for really disturbing images of little girls psychically consumed, terror and dread, and other thematic elements Mike Flanagan is getting darn good at.

Ouija: Origin of Evil is streaming now on the following services:
Powered by JustWatch