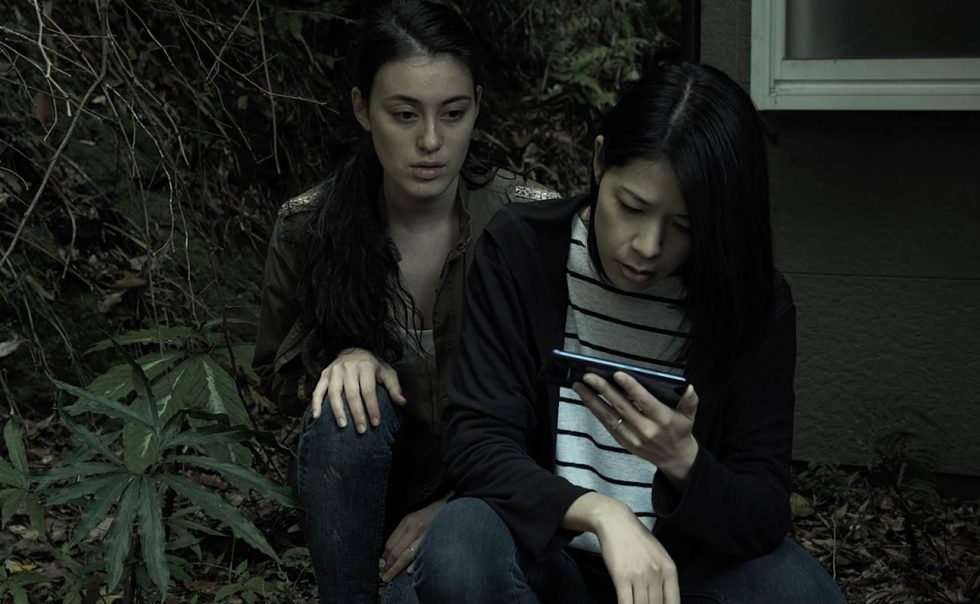 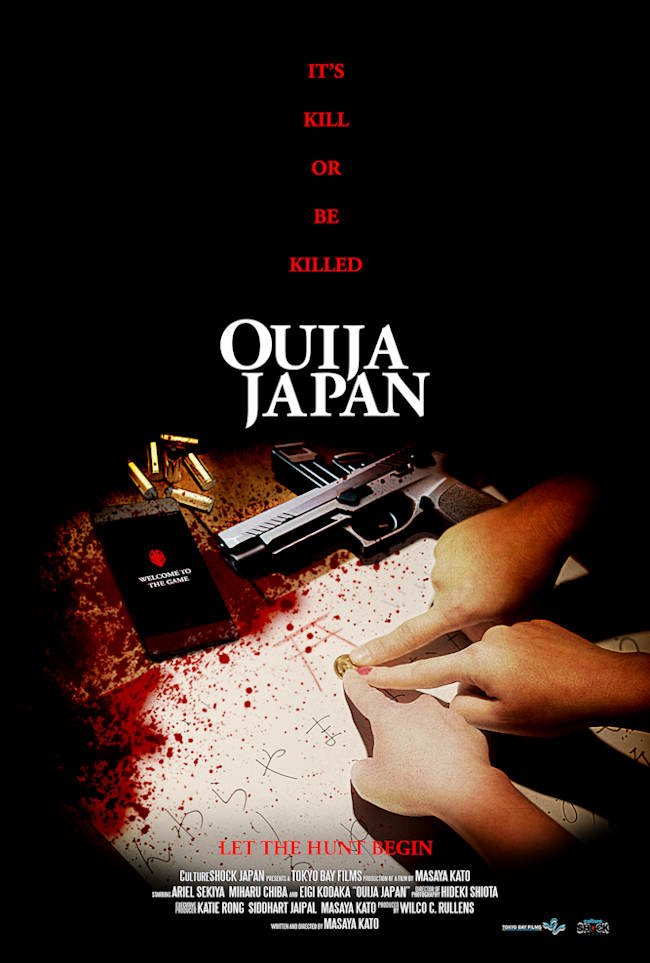 Don’t let the name fool you. Ouija: Japan (2021) has zero to do with the Blumhouse franchise. Instead, this is an Island Nation cross between the reality series Survivor (CBS, 2000 -present) and Bedeviled (2016).

Karen (Ariel Sekiya) is an American transplant in Japan supporting her career-minded husband and trying to make the best of an awkward situation. She doesn’t feel her conversational Japanese is where it should be, and frankly, the other housewives, like community gang-leader Akiyo (Eigi Kodaka), aren’t very nice. Like many housewives, she joins the community events and practices her Japanese where she can. Some of the other wives aren’t too keen on the outsider but she manages to make a friend, Satsuki (Miharu Chiba) another wife who bucks the traditional trend by being the breadwinner in her household. Karen agrees to go on an overnight retreat to further integrate herself into the community, because what’s more American than inviting yourself along on a trip where no one likes you?

On the first night, she joins a game, Kokkuri, which is like the Western Ouija but is hand-drawn on a placemat, and questions are asked of the imaginary inari in an imaginary shrine. Using a coin stolen from an actual shrine collection box, everyone is pretty much doomed and the game begins. Once someone manages to bleed on the makeshift board and coin, a mysterious app appears on everyone’s phone with a countdown. Only one person will survive over the next day of mayhem per the game’s rules so it’s every person for themselves. Thus begins a series of alliances and betrayals as the women set about to kill each other.

It’s – a bit much.  The supernatural element is a Shrine maiden who appears in robes and ceremonial kitsune mask offering vague direction and creepy threats. Ouija: Japan is more of an action thriller, and by “action” I mean running around and shooting people. This isn’t a horror movie so much as an extreme drama with its share of blood. Even setting aside the alarming amount of long guns, it’s not very convincing overall. The characters, Karen, Ayiko, and Satsuki are cardboard cutouts of 2-D caricatures. The acting is stiff and unnatural and for some of the other characters, the English dialogue sounds phonetic. Writer-director Masaya Kato wants to be edgy and raw with grrl-power, but on a shoestring budget with first-time actresses, it doesn’t quite hit the mark. It’s 78 minutes of running, stabbing, and shooting, mostly killing characters we never got to know anyway and in-app gameplay that is the ultimate deus ex machina – literally. As kills are racked up, credits appear on their phones allowing them to unlock sunk features as live camera feeds of their competitors’ locations and options to sell their souls for an edge.

Unlike the supernatural elements of Sadako (The Ring, 1997) or Kayako (Ju-On, 2002), Nameless Shrine Fox Deity looks very solid and not terribly menacing. It often walked out of the frame through a door instead of disappearing into a mist or through a wall. I was waiting for the reveal that it was another housewife tanking a hazing prank too far, but no such luck. The shooting and the stabbing aren’t gory or gratuitous, so the label of “horror” is more of a toe in the genre. The high school level insults and afterschool special histrionics make the whole first act uncomfortable to watch. The action for what it’s worth is the best part so I hope that’s where the budget went.

On the other hand, as a long-time watcher of Japanese horror, this was quite outside of the box. The women were vulgar, there were guns, and everyone is catty. I’m not saying it shattered my idealism of life in Japan, but it was a harsh little peek into the American influences on Japanese horror – and that’s not necessarily a good thing.

I think if Ouija: Japan could have thought a little harder about what it wanted to be, it could have conjured either a decent action film or maybe an earnest horror flick. Bored housewives trapped in unfulfilling traditional roles looking for a real excuse to settle old differences in a Battle Royale-style game with a winner take all premise would have been fun to watch.  Maybe next time.

Ouija: Japan (2021) is unrated and given the lack of hard violence, I would give it a PG-13 for people getting shot, stabbed, bludgeoned, insulted, and run over. The blood is minimal and the worst of it is CGI.

Ouija Japan is streaming now on the following services:
Powered by JustWatch