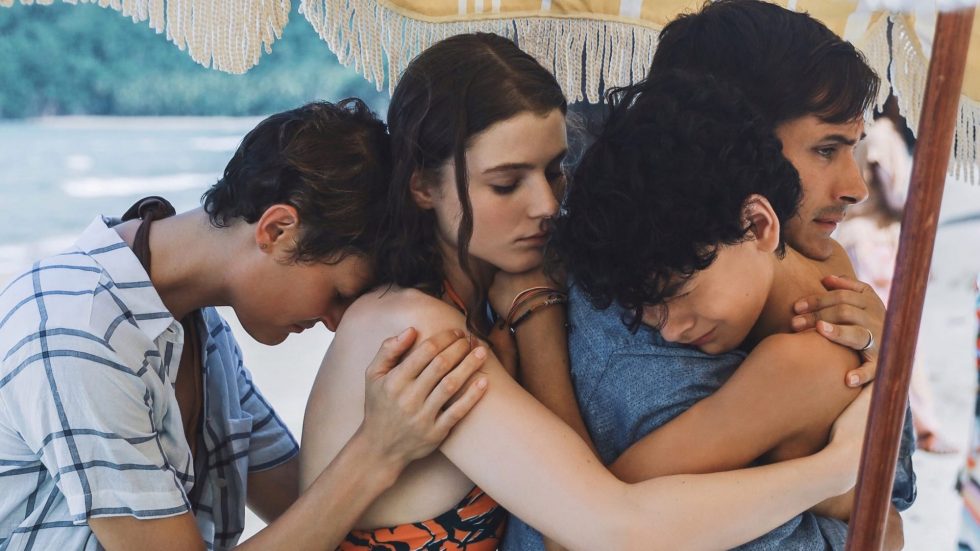 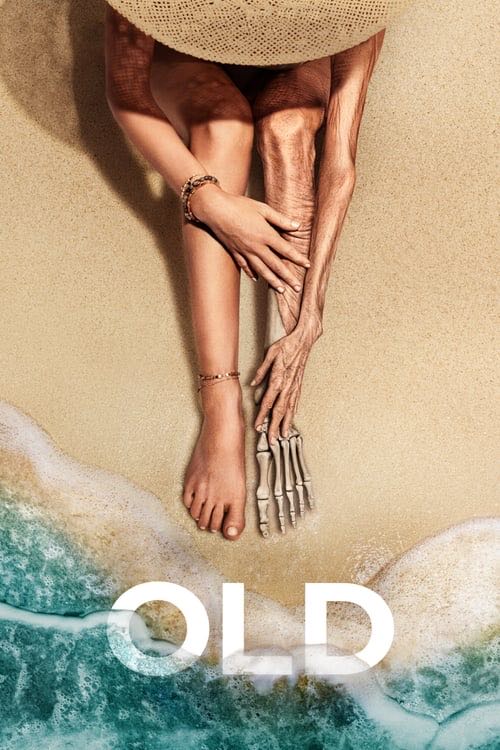 Old (2021) took some processing but I think I’ve come to a place of acceptance.

Guy (Gael García Bernal) and Prisca (Vicky Krieps) want to make happy memories for their kids, pre-teen Maddox (Alexa Swinton) and precocious Trent (Nolan River), one more time before they drop a lot of bad news on them. A weekend retreat seems just the ticket to implant happy memories to cling to through the coming trauma. At the resort the family is offered a day at a private beach and are initially joined by a quartet led by a rather severe and demanding doctor (Rufus Sewell), his trophy wife, Crystal (Abbey Lee), their daughter Kara, and his mother Agnes (Kathleen Chalfant). The discovery of a dead body upon arrival isn’t even the worst thing to happen to them that morning as the visitors experience physical and mental transformations as well as a physical inability to leave the cove and call for help. They’re forced to confront their life choices, their lifestyles, and their regrets, as they feel their bodies betray the natural laws of science and age years in a manner of hours.

Of course, there’s a twist, but this isn’t a typical M. Night Shyamalan movie, so it’s not dreams or aliens or a ship in a bottle. It’s modern and altruistic in the only way Chaotic Good can be.

Old is body horror boiled down to its basics.  No one wants to get old, except kids. No one wants the consequences of getting older – frailty, mental decline, loss of senses, and to experience decades in hours and not understanding why is the crux of Old.

Having never read the graphic novels “Sandcastles” by Pierre-Oscar Lévy and Frederick Peeters I can’t compare the source material to what was translated to screen but I can make a few observations of what I know. With the exception of Alex Wolff, Ken Lueng, and Abbey Lee, this was not a cast that blended well with the dialog given. The scenes while shocking happen to them as opposed to the characters reacting with them. I don’t like when professional women in movies fall apart. It’s as if filmmakers only see women as emotionless professionals detached from their maternal instincts, or raving lunatics whose switches are stuck on protective mama bear. I don’t like psychologists that spout buzz phrases during crisis situations (it’s how you spot the ones that have TV degrees). With long stretches of waves crashing along the beach and extreme closeups of faces, hands, and skin it at times resembled a perfume ad, if perfume ads had lots of screaming.

For what I did like, I enjoyed the thoughtful panic of rapper artist Mid-Sized Sedan (a name, which frankly, I loved)( Aaron Pierre). Having arrived on the cove hours before the others, he brought a measured weariness to the group since he’d already experienced most of what they were about to encounter. Jarin (Ken Lueng) and Patricia (Nikki Amuka-Bird) didn’t add much to the story and were likely holdovers from the graphic novel, however, they also provided that untethered sense of childless unreality. They only had themselves to worry about, unburdened by the fear of watching children grow old before their eyes. I could see the need for counterbalance, but in Old, it only added to the noise of an already crowded storyline.

Writing a screenplay, even adaptations, allows certain conceits like believing the audience isn’t full of idiots so not everything has to be explained. The actions and dialog need to flow together as a unit, and not written as afterthoughts to visual cues. The overall concept of Old is terrifying and drilled down to minute details, it’s layered dread builds not unlike the cliffs of the cove, until all that’s left is the drowning sensation of ennui. It, unfortunately, suffers from too many characters, not enough meaningful dialogue, and in far too much empty talking and establishing scenes (yep, still at the beach).

All of this sounds like I didn’t like Old, and you’d be wrong. I’m unsettled by this film in ways I wasn’t expecting and sideswiped by thoughts of my own mortality. The concept of blinking your eyes and finding years have passed is not unknown and a common feeling to many of us as we get older. Sure, we live in the moment, but the fact is, we always feel as if we never have enough time when we have to say goodbye.

So in this sense, I enjoyed Old, and I say this knowing many people out there absolutely won’t. Old is not your typical supernatural thriller, there are no easy answers, it wraps a little too neatly. That said, I think I’ll be seeing this one at least once more.

Old (2021) is Rated PG for swears, floaters, tumors, psychosis, people getting stabbed, people falling from heights, a calcium deficiency taken to its extreme, and the world’s fastest and saddest pregnancy.

Old is streaming now on the following services:
Powered by JustWatch