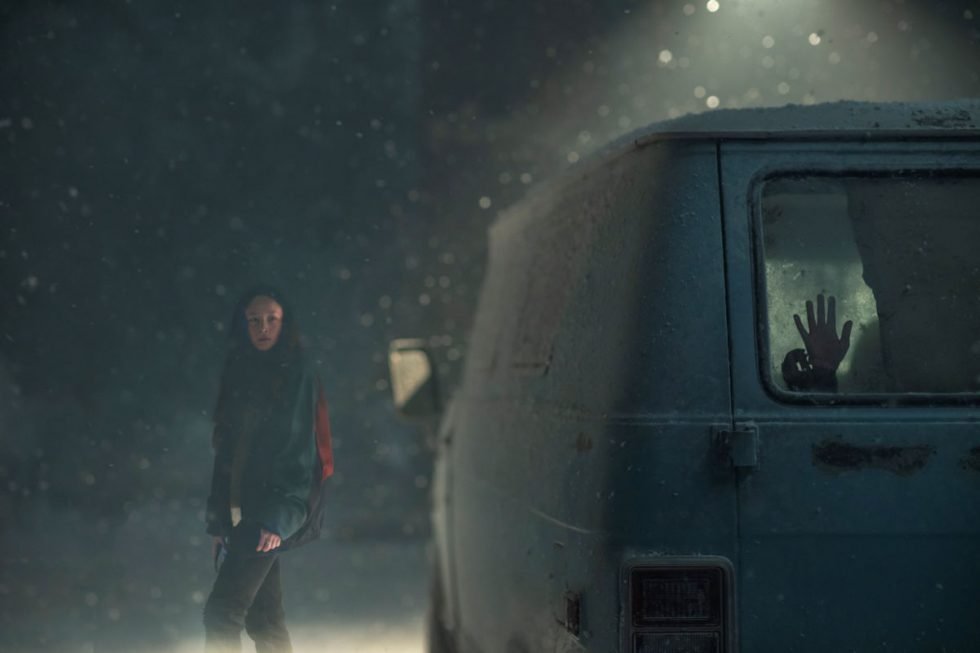 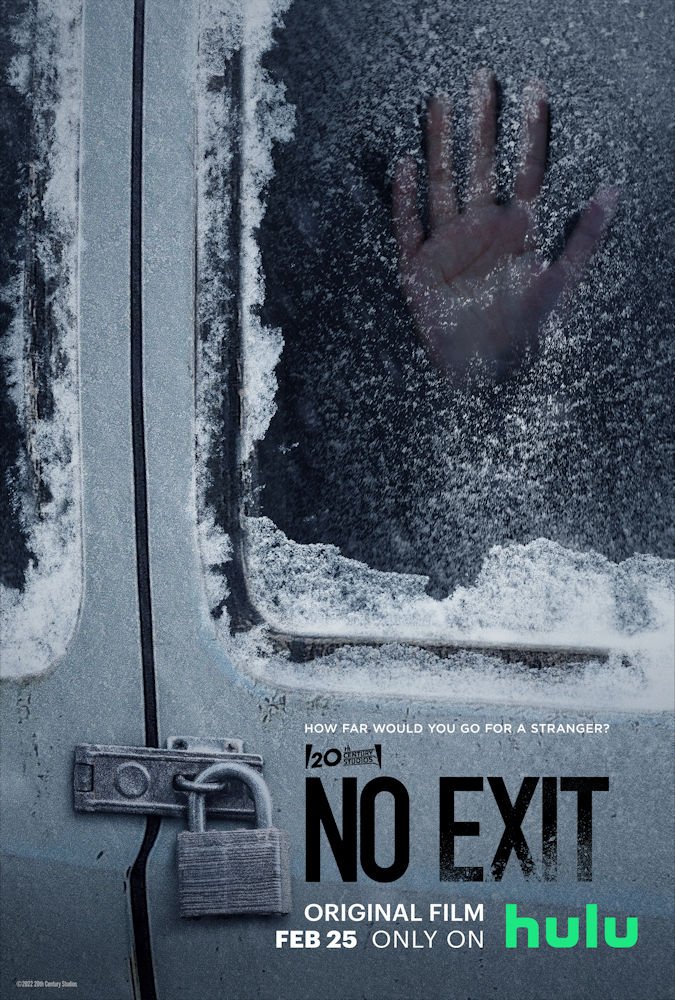 Warning: You will see eleventy-million references to the Jean-Paul Sartre 1944 one-act drama, “No Exit” on social media because we are all sinners in Hell, and we believe we are clever, but Hulu’s latest straight-to-streaming thriller, doesn’t require nearly that level of deep thinking. It’s really more like a puddle on a hot sidewalk.

No Exit (2022) is both ambitious and lazy and if you think too hard about any one element, you’ll spoil whatever goodwill you have left to carry you to the end of the movie.

Darby (Havana Rose Liu) is a recovering addict who is spending yet another stint in rehab when she hears of a familial medical emergency that she’s convinced needs her immediate attention. Despite not being wanted anywhere near the situation, she steals a phone, breaks out of the world’s least secure rehab facility, and jacks her counselor’s car to attempt to make her way a few hundred miles through a blizzard. Forced to stop at a rest area until the storm passes, she meets Ed (Dennis Haysbert), his wife Sandi (Dale Dickey), the skeevy Lars (David Rysdahl), and good-looking Ash (Danny Ramirez). Unless you’re completely new here, you can guess where these characters eventually fall on the alignment chart. While snowed in, they commiserate about busted plans, play a few hands of cards, and tentatively bond as people trapped together might. While stumbling alone outside looking for a signal (in a blizzard, on a mountain), Darby discovers a little girl trapped in the back of a van in the parking lot. Unable to escape the rest stop and unwilling to trust anyone inside, Darby must figure out with whom she can confide her suspicions and save the girl trapped in the storm.

Right off the bat, you get the feeling that no one behind the production of No Exit has ever been in a blizzard or in the mountains. It doesn’t snow nearly enough, it’s not as cold or as treacherous as one might expect, and a little girl doesn’t suffer frostbite in the hours she’s left in a bare-bones conversion van. Those points are actually the least offensive thing about No Exit. Darby is a recovering addict, which is an inexplicable change from the novel of the same name, written by Taylor Adams. In it, Darby is a hard party girl who’s just known for her terrible choices in life. Here, she’s given an unnecessary backstory that plays zero part in her character, with the exception of an irritating Chekov’s Gun that drops in her lap as she speeds away from rehab. The character switch doesn’t add to the story or the motivation, and in fact, it makes literally everything about her situation more complicated – if only screenwriters Andrew Barrer and Gabriel Ferrari had bothered to capitalize on it. Instead of a college student trapped in a comfort station, it’s a drug addict 11 days sober. It doesn’t have the teeth it thinks it does. Addiction by itself is not a character trait.

Because it’s not a story that lends itself to reality, it has to rely on red herrings and poorly cast misdirection. It’s an obvious by-the-numbers thriller desperately hoping the audience has never seen another by-the-numbers thriller. Any potential shock value is whittled away by the lack of a build-up and some very questionable choices. These aren’t deep characters. Sandi and Ed are an older married couple, taking good-natured swipes at each other, but as the overall story unfolds and that marital resentment peeks out. Lars is gross. Ash is nice. Darby is a suspicious recovering addict. No one’s phones work. Snow. Screaming kid in the van.

No Exit seems like it would be a good standard thriller to while away an afternoon, but it’s not, so don’t.

No Exit is a Hulu original.

No Exit is streaming now on the following services:
Powered by JustWatch