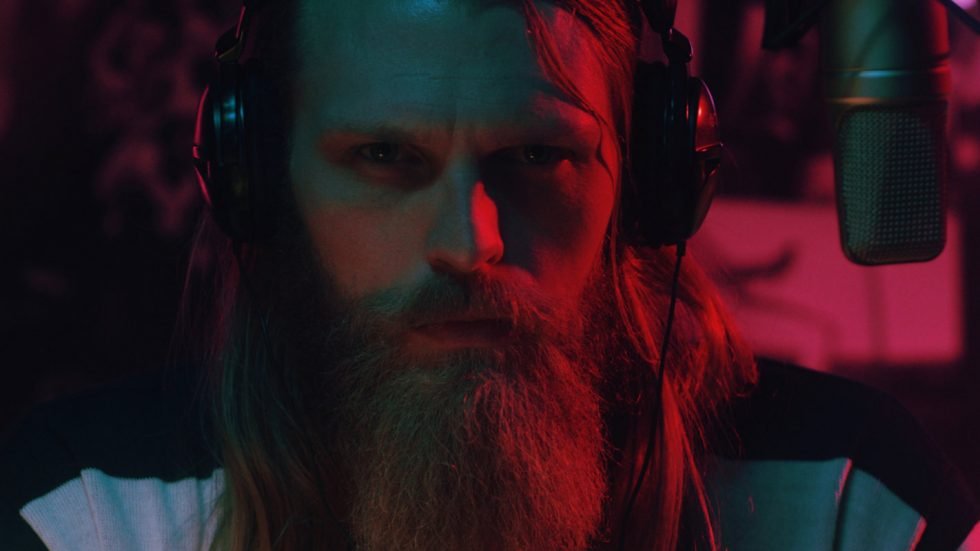 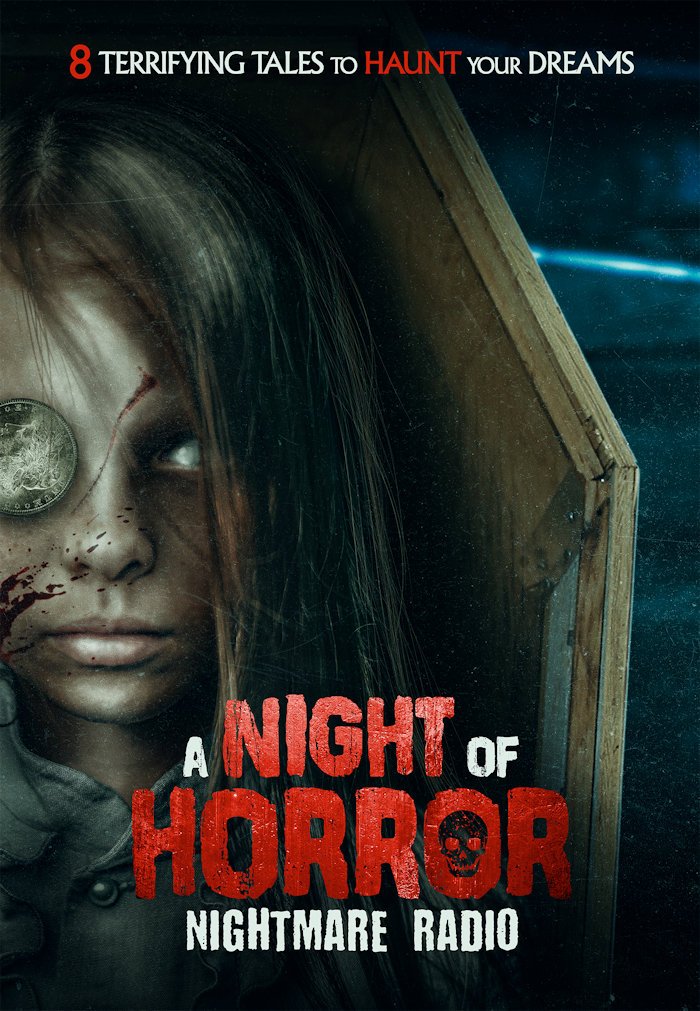 A Night of Horror: Nightmare Radio

You don’t expect much from an anthology, especially movies from people you’ve never heard of, so perhaps my expectations were so low for A Night of Horror: Nightmare Radio (2019), I couldn’t help but enjoy it. Nah, I won’t qualify it like that.

I really enjoyed it.

8 tales of terror from 10 directors as told from a late-night radio DJ Rod (James Wright) field calls from the lonely, scared, and desperate while recounting spooky tales of his own in the wraparound tale, “Nightmare Radio”, directed by Nicolas Onetti and Luciano Onetti. When a frightened child makes several attempts to get through, Rod’s evening of easy-going spooks gets a lot darker. In order, the tales:

“In the Dark, Dark Woods,” directed by Jason Bognacki, is the story of a witch’s quest for eternal youth. With this one as the appetizer, you knew you were in for a treat.

“Post Mortem Mary,” written and directed by Joshua Long is a Victorian-era tale of Momentum Mori photography and why kids are creepy regardless of the time frame (heh, “frame”). This one was my favorite.

“A Little of the Top,” (save your phone calls, their spelling, not mine), directed by Adam O’brien, is a rambling piece about a hairdresser (David Nerman) and his client and an unsatisfying payoff telegraphed loudly from the opening frame. It was my least favorite.

“The Disappearance of Willie Bingham,” directed by Matt Richards, is the most disturbing tale. In a very near future that’s far too easy to imagine, Willie Bingham (Kevin Dee)is sentenced to an extreme form of punishment for sexual crimes. Parts of his body are surgically removed until the victim’s family is satisfied. Except they may never be satisfied. It’s gruesome and full of wtfery, it’s one you’ll definitely need to talk to someone about. It was great.

“Drops” is completely in Spanish without English subtitles, so I have no idea what happened, but it has a dancer, Marta (Marina Romero) her menstrual cycle, and a creature she brings home, either on purpose or by accident, I have no idea. Can someone please let me know what went on because I think the dialogue would give me some context.

“The Smiling Man,” directed by A.J. Briones, a wee child (Abby Chally) follows strange balloons throughout her home and finds a malevolent creature with nothing but playful smiles and sharp knives. No dialogue, in this one. Weird but fun.

“Into the Mud,” directed by Pablos Pastor has an ending you won’t see coming, and it’s my second favorite tale

“Viciuos [sic],” directed by Oliver Park, is a story of grief, night terrors, and that shape on your bedroom chair that’s only clothing with the lights are on.

9 complete stories, even in very short form seem like a lot to cram into a single movie, especially when none of them are connected in the slightest, but even with the loose wrap-around tale, they almost all work. I love short films and in this format, it’s a great way to watch them all in one place. I sincerely hope the Onetti Brothers do another one, based on their curation of the nearly perfect crop.

A Night of Horror: Nightmare Radio (2019) is distributed by Uncorkd’ Entertainment is currently streaming on select VOD platforms. It’s unrated, but this one has plenty of scares and gross-outs for even the most case-hardened fan. I’d rate it an R for skin splitting, creepy dead kids, scalping, dismemberment, stabbing, matricide, evisceration, things that go yum in the night, and horror stories that never end.

A Night of Horror: Nightmare Radio is streaming now on the following services:
Powered by JustWatch