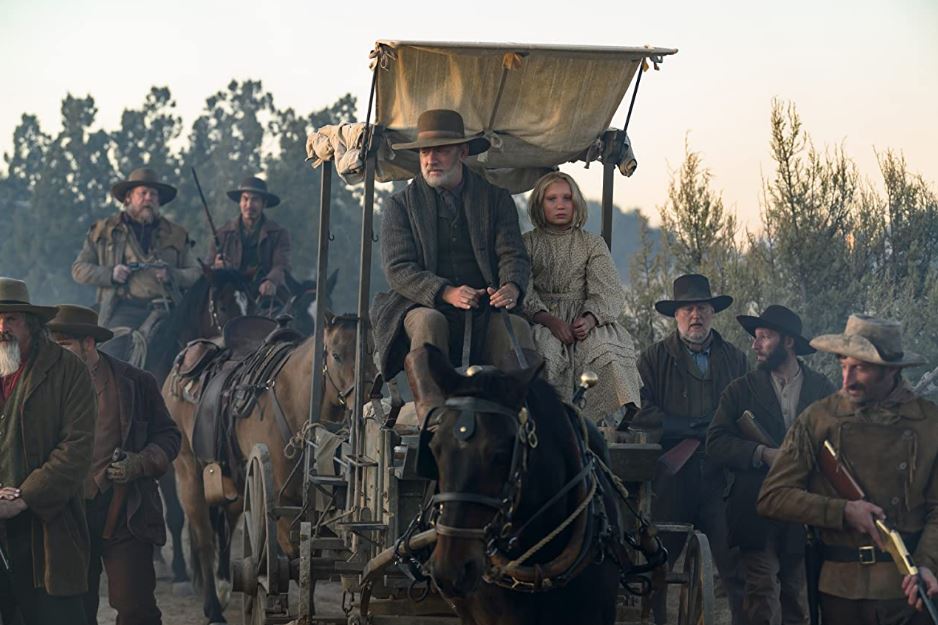 News of the World Movie Review

News of the World Movie Poster 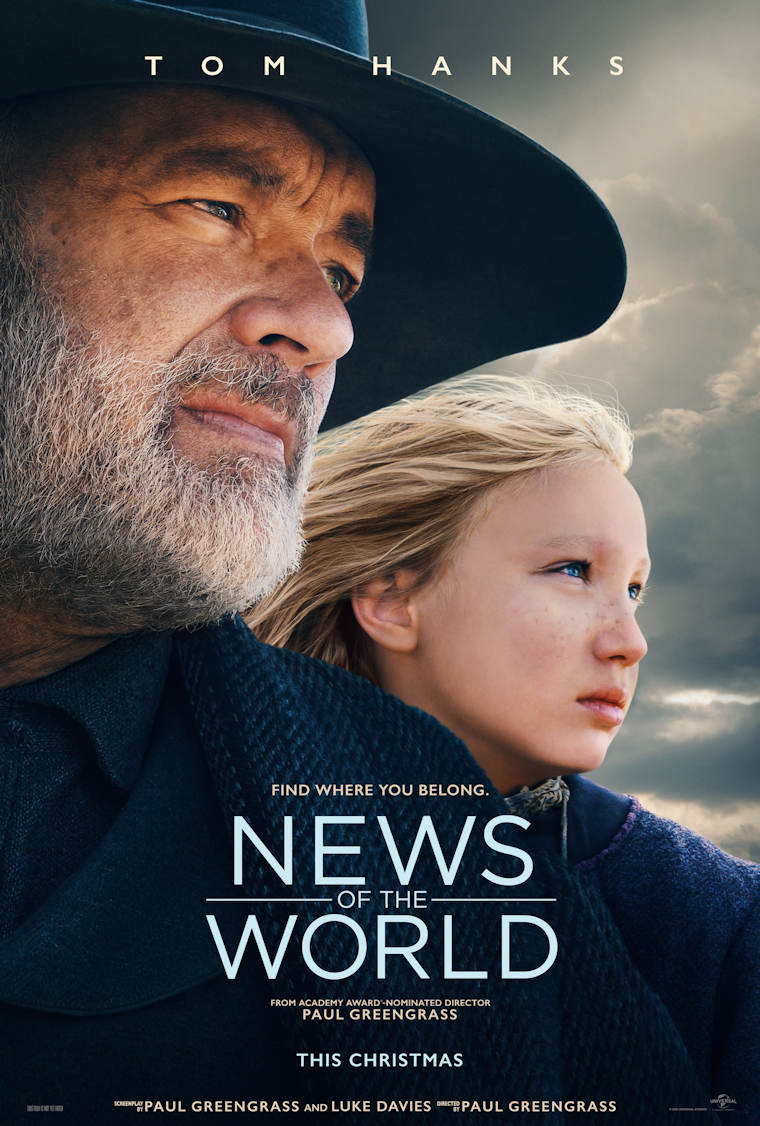 News of the World Movie Metadata

News of the World

News of the World External Links

News of the World Movie Trailer

News of the World Movie Tickets

News of the World (2020) is supposed to be this heart-warming story about two people thrown together by circumstance and conflict only to find comfort and camaraderie. It’s likely I’m not the target audience for this movie.

Tom Hanks is Captain Jefferson Kyle Kidd, a man who travels from rural town to town, bringing folk news from literally everywhere. He has newspapers from all over the United States, and for a small admission, will read those clippings to interested crowds. This is Texas, not a blink after the Civil War has ended, and the former Confederates are still sore about it. People are barely scratching out a living and racism is still the currency of the day. Captain Kidd tries to remain above it all, by being only the messenger while trying to make enough money to get home. During his travels, he stumbles across a twice orphaned and abandoned child, Johanna (Helena Zengel). Orphaned because years prior the Kiowa Tribe took her in after massacring the rest of her family for trespassing. Orphaned a second time when the Calvary massacred the Kiowa and put her on a transport to her extended family on the other side of Texas. Her transport being a Black man didn’t make it far into Texas, so Kidd tries to do the right thing by returning her to the Federal Army, which doesn’t work out. He decides to return her himself since he’s sorta going that way. She is understandably resistant, wanting to return to the tribe she knows is gone, but having nowhere else to go, she reluctantly sticks by her only protection for several hundred miles.

Thus begins a 2-hour slog through a muted and untamed west full of gross men, illiterate but strong women, and a man who’s sadness makes him a sucker for rebellious children who need a dad.

That sounds harsh, but what are you going to do?

Based on the 2016 novel by Paulette Jiles. News of the World attempts to make “civilizing” wild German children while pining over missing wives a deeply romantic gothic story, but it’s long and its underlying morality is questionable. Tom Hanks is incredible, even if he is playing the sad man again, and Helena Zengel is fiery in her mostly non-verbal role as a child torn from multiple homes and expected to thrive where she’s planted. Together they face incredible dangers, from the unforgiving elements to unwelcome audiences, to kidnappers. It’s harrowing in parts and I’ve no doubt as true to the eye as any glimpse upon Reconstruction can be, but the part that refuses to settle is the whole “reforming the heathen” aspect for poor Johanna, which just feels cruel, and a little racist regardless of the final intentions.

I guess News of the World is one of those buddy road trip films, where no one wants to be there but they have to stick together or they’ll have to eat each other in Act 3. It’s a bit preachy and decidedly on the nose when it comes to disinformation and the people allowed to spread it. I can’t say I was happy in the end because two sad people don’t make one happy one, but maybe you’ll feel different after you see it.

News of the World (2020) is Rated PG-13, for mild old-timey swears, a lynching, people getting shot, people getting beat up, horses taking a fall, gross men, and what feels like mental abuse from start to finish.

News of the World is streaming now on the following services:
Powered by JustWatch