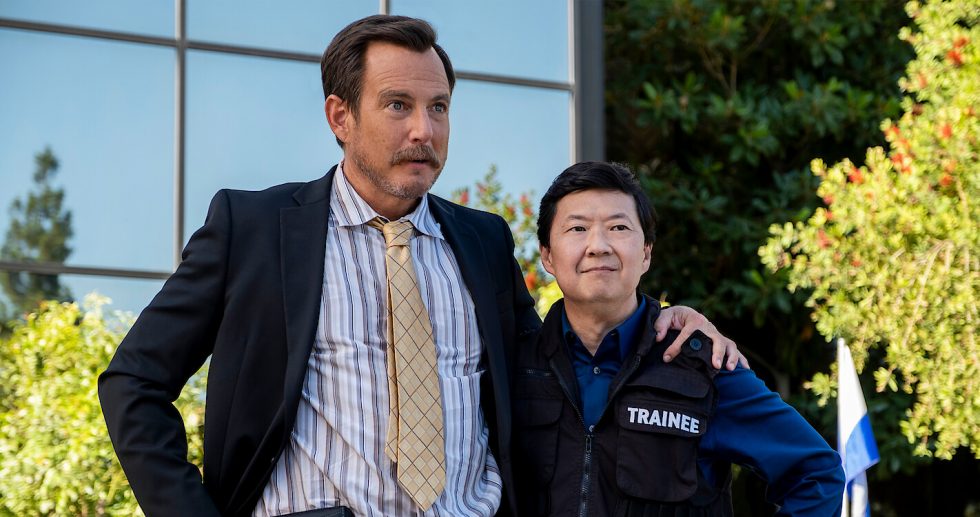 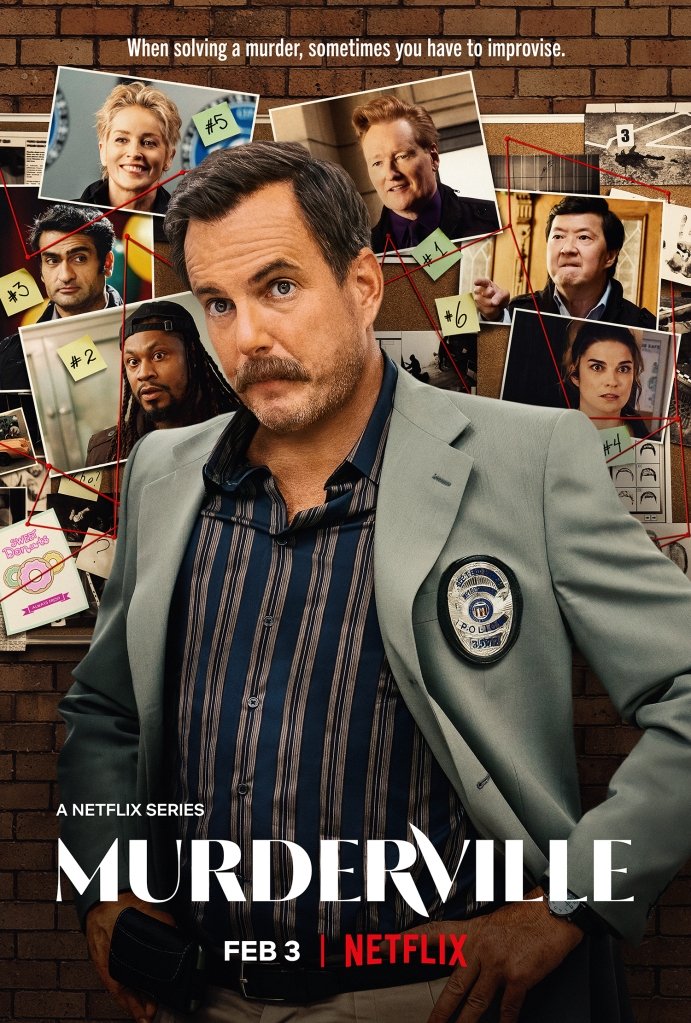 If you have ever wondered what a murder mystery night might be like if it were improvised with some of your favorite celebrities, wonder no more with the release of Murderville. Part Clue, part Who’s Line Is It Anyway?, and with a little Naked Gun-esque humor thrown in, Netflix’s new comedy introduces a whole new take on the whodunit.

Starring Will Arnett as Senior Detective Terry Seattle, each standalone episode features a celebrity guest who is partnered with Seattle, but unlike all of the other actors, that actor is not given a script and is forced to ad-lib all of their lines. A novel concept, the series forces the celebrity guest to not only work without a script but also guess the murderer. Get it wrong and they’re fired. Get it right though…and well, their turn as Seattle’s partner is still done. Celebrity guests in the six-episode season include former talk show host Conan O’Brien, retired NFL player Marshawn Lynch, Schitt’s Creek‘s Annie Murphy, comedian Kumail Nanjiani, movie star Sharon Stone, and TV and movie star Ken Jeong.

Arnett is the star attraction as the down-on-his-luck detective whose job and personal life have taken a hit since his longtime partner was killed while on-duty. Sounding much like his Lego Movie Batman, Arnett clearly takes joy in trying to get his guest stars to break character — at times it even feels a bit like watching a Saturday Night Live skit when his partners do their best not to laugh. Spoiler alert: few succeed. But then again you can’t blame them when Seattle often feeds them foolish lines via an earpiece, forces them to perform absurd tasks, or throws in a sight gag to keep them off-balance. High brow humor this is not, but much is funny.

Unfortunately for Arnett and the series as a whole, the guest stars make or break each episode and outside of comedians O’Brien and Nanjiani, none of the other celebrities are all that funny — on purpose or not. Sure untrained actor Lynch is amusing with a curse word flying in every other sentence, but others like Sharon Stone flop tremendously and Jeong seems to never get off go despite often getting his fair share of laughs on the big and small screen.

With each episode starting and ending similarly, Murderville is a series best watched weekly rather than binged all at once as back-to-back episodes start to feel a little too much like Groundhog’s Day and lose their individual magic. If renewed for a second season (and this series does deserve a renewal), Murderville would do itself well by not mirroring each episode and bringing in more comedians who possess stronger chemistry with Arnett.