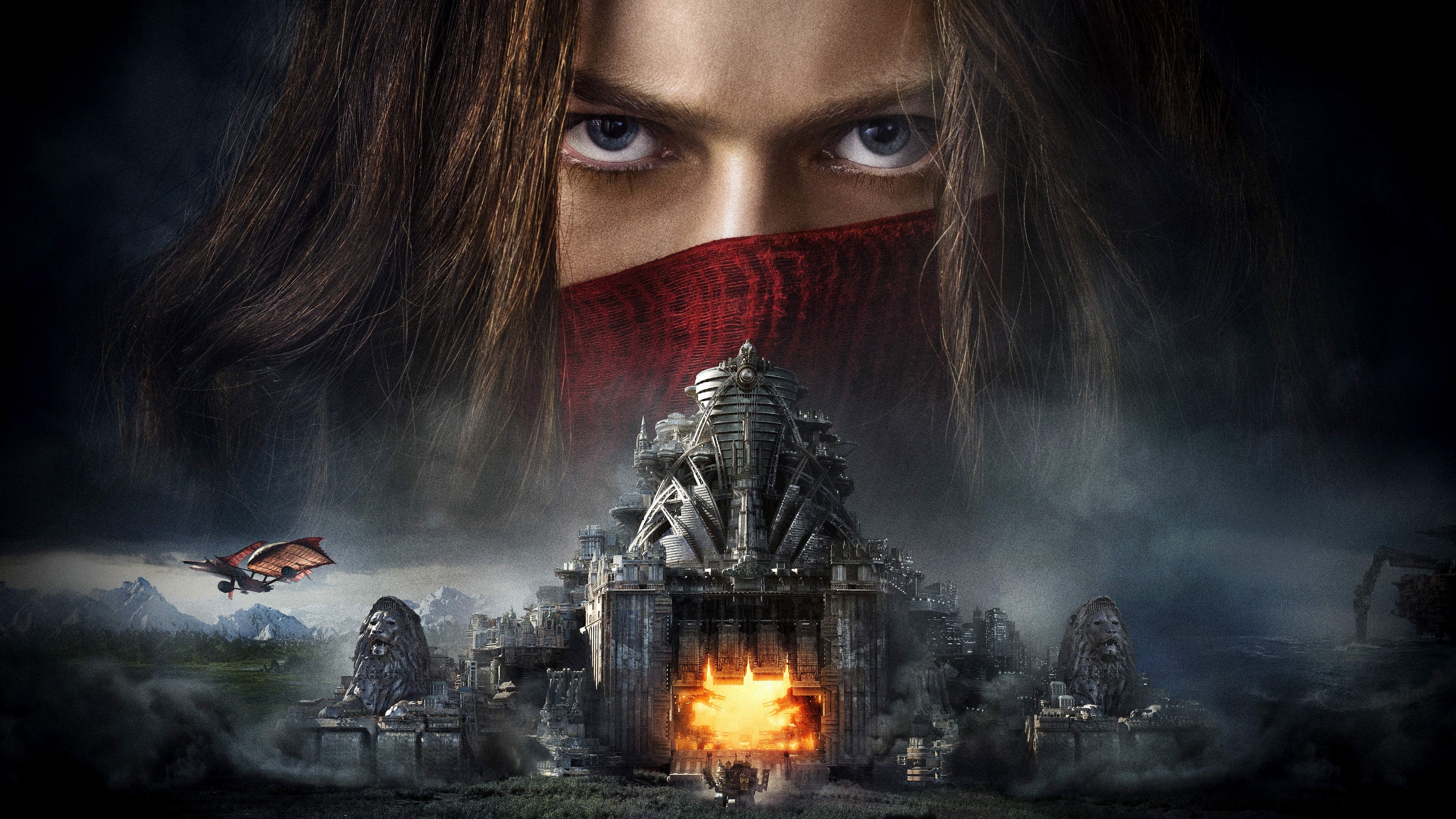 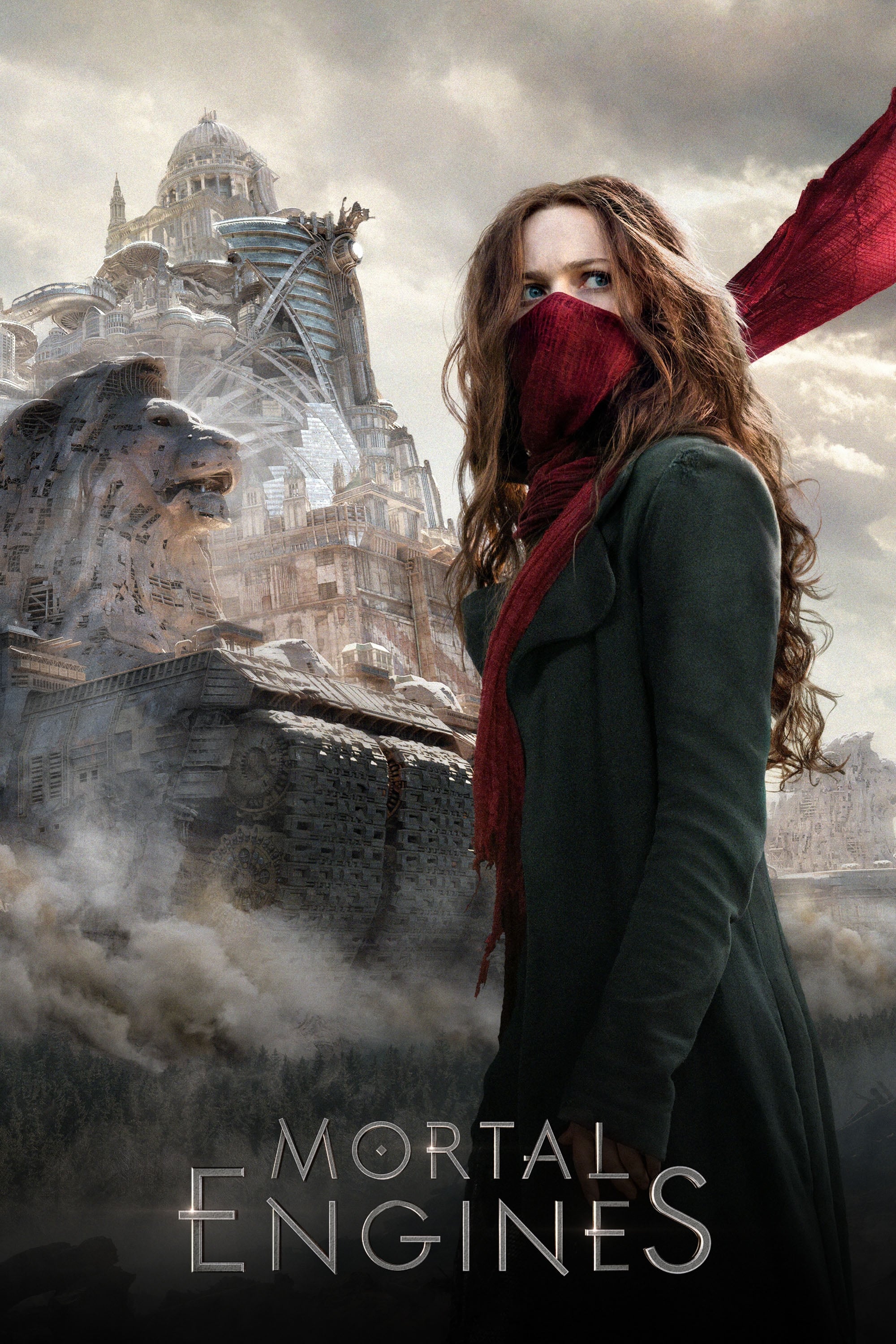 In the future, cities will be mobile, rolling across the landscape on giant treads gobbling up smaller towns and hamlets for their resources. London is one such city, a Predator City and it rumbles towards Shan Gou, a static city full of people and water. London could find a nice place to settle down and sustain an empire, but like a shark, it’s constantly on the move to feed and grow. Hester Shaw (Hera Hilmar) has found her way onto London with a single mission in mind – kill the architect, Thaddeus Valentine (Hugo Weaving). A promising Apprentice Historian, Tom (Robert Sheehan) gets in the way of everyone’s plans and has to forge an uneasy alliance with Hester to stay alive. They bond over the fact that they’re both orphans (PLOT POINT) and lack meaningful family. They’re joined (saved) by Anna Fang (Jihae) who is a wanted member of Anti-Tractionists, a group of militants that threaten the very existence of Traction and Predator Cities. Meanwhile, Valentine has deeply destructive plans of his own involving Ancient Tech (like flash drives and DOS-based PCs) and a weapon that makes zero practical sense to use in any situation.

Fran Walsh and Peter Jackson do nothing small, and tackling the world-building of the multi-volumed Mortal Engines (2018) would be daunting for anyone. This version while not a complete failure loses its footing about the halfway point. There’s a lot going on, from forging new alliances to outsmarting the villains, and it’s too much way too fast. This is likely due to a screenwriting decision to move the story along by cutting out significant chunks. If you’re a fan of the book (which I’ll admit, I haven’t read), you’re going to want to approach Mortal Engines as a very loose adaptation, as from the moment we meet Shrike (Stephen Lang), a resurrected “Stalker” that formed a bond with Hester and raised her and is now trying to kill her, the whole plot deck is reshuffled. Much like Dark Tower (2017), it’s a movie and it’s not meant to be a literal translation, so maybe lower your expectations a few levels. Walsh/Jackson take quantum leaps in logic and hope the audience can follow along, and we can, but it’s an unsatisfying ride.

You’re going to hear a lot about Hester’s scar because in this imagining, she’s only Hollywood ugly. Her disfigurement shapes her worldview in the series, yet still (eventually) manages to find small amounts of love and acceptance. It’s certainly not the biggest distraction in the movie and frankly the way the second half folds in on itself it’s really inconsequential.

Zeppelin-style airships, hidden cities built above the clouds, soul-possessed mechanical assassins, moveable metropolises  – all of it is eye-popping and gorgeous. It’s YA-steampunk dystopian, so you’ll have to go in expecting mean girls, jerks, sacrificial POC, and emotional trauma that leads to love.  Mortal Engines is a story about revenge, power, ambition, betrayal, and finding a family where you can carve one out (ho-ho). If I were 16, I would love this movie.

I’m not, so my jaded eye towards tropes and cliches tends to be harsher. Mortal Engines is over 2 hours long, and I think it would have been better served broken up into two smaller, more fleshed out movies, even a Series would have worked. If you must see this, save it for a matinee.

Mortal Engines is streaming now on the following services:
Powered by JustWatch