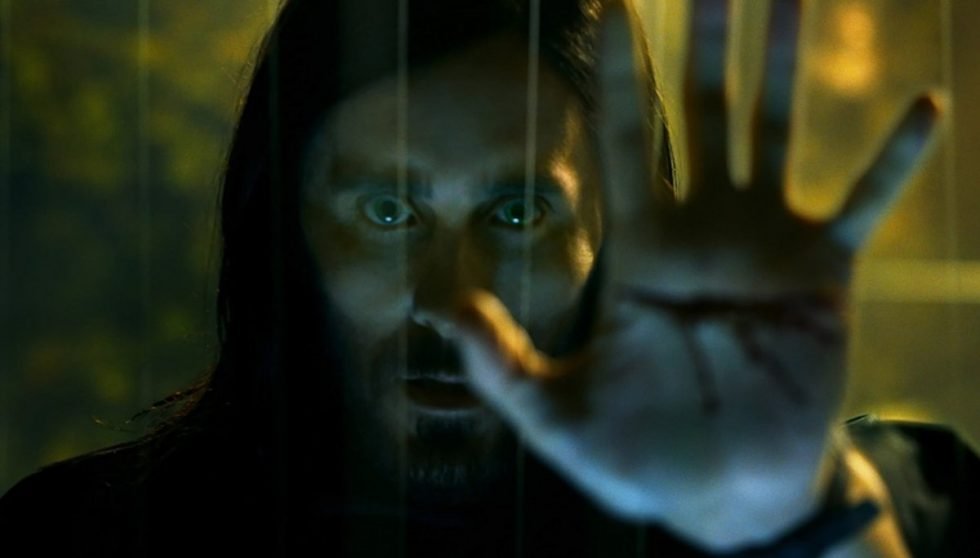 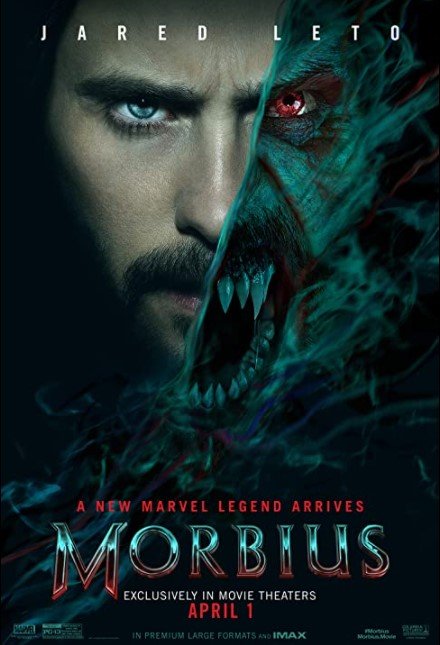 Digging deep into the Marvel catalog, Sony, in conjunction with Marvel Studios, introduces most of us to Morbius (2022) for the first time.

Dr. Michael Morbius suffers from a rare blood disorder that threatens to end his life before he’s had a chance to live it. He pledges the remainder of his time to find a cure, believing it’s just around the corner. Unethically tampering with the laws of science and nature, he develops a serum that brings back his vitality but at a horrible cost. Injecting himself with Costa Rican vampire bat DNA (sure), he has enhanced strength, echolocation, and regenerative abilities, yet he also craves human blood in ever-increasing cycles. On the run for crimes he believes he cannot keep himself from committing, Michael races to find a cure for his cure. With his friend and colleague, Dr. Martine Bancroft (Adria Arjona) they look for ways to temper his hunger and stop a looming threat in his fatalist friend, Milo (Matt Smith).

At an efficient 105 minutes, Morbius doesn’t waste time with a lot of exposition or backstory. In this version of Morbius he is more anti-hero than villain, a trend Sony has chosen to embrace (see: Venom) for reasons that may become clearer as the Sony Spider-Man and Marvel Cinematic Universes converge in the future. Morbius is stylish in its color choices for the wisps of supernatural energy that trail behind him, a la Nightcrawler: black for the base creature, red for the internal rage, blue for the artificial blood that keeps him stable, and finally purple as he embraces all sides of his personality.

Morbius feels tragically gothic, penned by Matt Sazama and Burk Sharpless. Wealthy men, brought up from shaky beginnings, inadvertently bring unspeakable horror to the masses, then race to undo the damage. Milo and Michael share a connection in their disability and pain, vowing to stick together through whatever life throws at them. While Michael becomes a renowned doctor, treating rare disorders and getting in touch with his mortality, Milo whittles away his remaining years in active, if posh, decline, angry at the able-bodied people who both torture and ignore him. Michael’s breakthroughs and inventions will help everyone, and Milo can’t wait to destroy them all. What starts as an Us vs Them battle, becomes an Us tug-of-war, with Them in the middle.

I’m not gonna lie, it’s difficult to watch the Joker and the Eleventh Doctor battle it out on-screen with teeth and claws, but Morbius manages to work. Matt Smith slides effortlessly into Milo (I know, phrasing), at first helpless and vulnerable, then embodying that patient but boiling rage glimpsed early on in the prologue. Jared Harris is the blindly compassionate mentor that wants to see his charges happy, no matter their outcome. Despite not delving deeply into the whys and what-fors, Morbius focuses on the inner conflict of the main characters, showing the nuanced humanity that frays and cracks under pressure. From the characters branches the action, creating that important connection that makes it more than just another superhero movie. Its frenetic pace may not make it a must-own in any medium, but it’s a more than passable popcorn flick. It’s not a movie everyone will love, but I can think of worse movies to watch that don’t look nearly as good.

Morbius is, at its core, a comic book movie, deciding very early on that it doesn’t care about realism or accuracy, and that’s fine because it embraces that ethos throughout. This is an unapologetic movie about super-powered humans, and to the devil with your logic. There will be amazing acrobatics, complicated flight, punching, and of course blood. You can’t have a super-anti-hero vampire without blood. It’s both a stand-alone film and as per the two mid-credit sequences, also integrated into the Greater Universe, so don’t dismiss it just yet.

Morbius (2022) is rated PG-13 for swears, rather violent transformations, lots of blood-guzzling (both synthetic and human), sharp teeth and claws, eviscerations, drops from great heights, and bats. Please be advised there are a lot of strobe effects in this very loud movie that could trigger episodes in those who are sensitive to such things.

Morbius is streaming now on the following services:
Powered by JustWatch