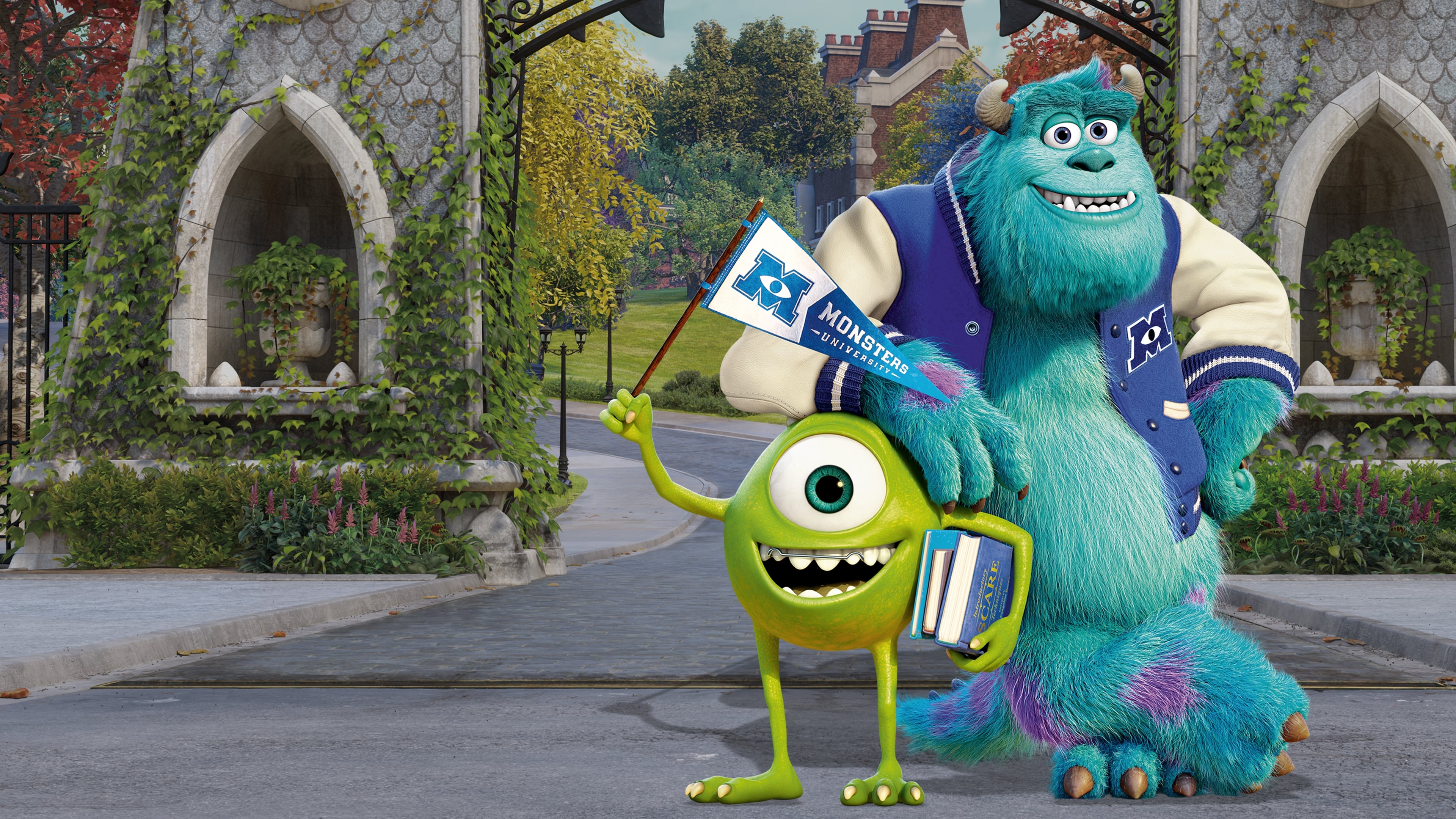 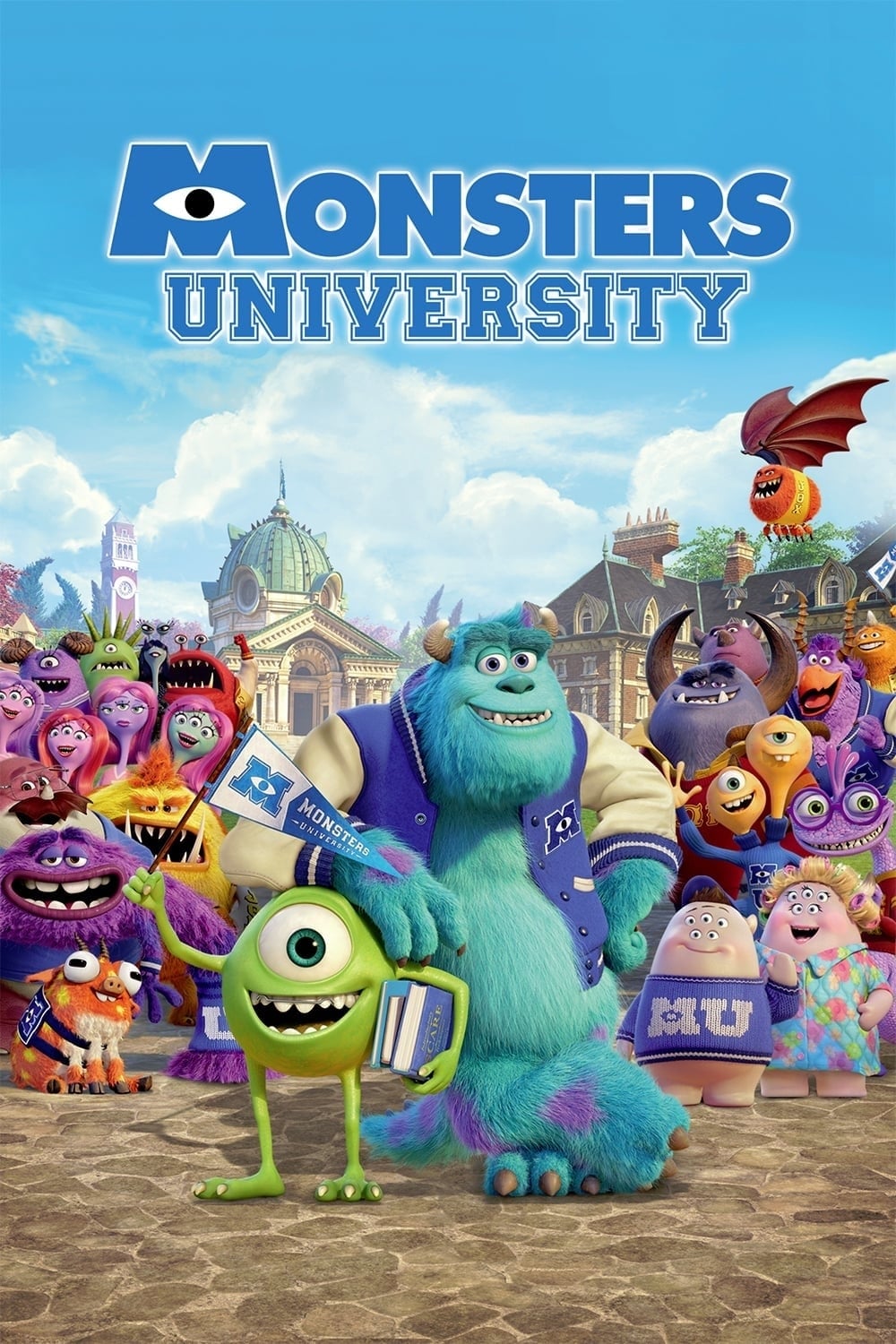 Pixar looks to pop-culture fave Revenge of the Nerds, for inspiration in its new animated feature, Monsters University. While not as emotionally engaging as its predecessor, University packs a load of humor and spirited fun in 110 minutes, earning our weekend box office recommendation (see World War Z).

Mike Wazowski (Billy Crystal) has big dreams of becoming a Monster’s Incorporated Scarer. On a school field trip, young Mikey became obsessed with the idea. Cut to this prequels present day, and Mikey is attending his first day of college at the renowned Monsters University. Pixar creates some of the most lush and photo-realistic scenery found in an animated film at the steps of their MU campus. University will earn its accolades come award season. Also arriving on campus is the steadfast James “Sulley” Sullivan (John Goodman), who’s family name alone is enough to carry weight, or so he thinks.

Bunking with Mikey is Monsters Inc’s infamous antagonist, the lizard-like Randy (Steve Buscemi). The nerdy dorm mates struggle to pledge Roar Kappa Roar, the popular Scarer fraternity, but that doesn’t seem to be a problem for Sulley. Mikey and Sulley would eventually butt heads and earn Scarer-program expulsion at the hands of Dean Hardscrabble (Helen Mirren). Mirren’s Hardscrabble is a great casting addition to the Monsters Inc. alumnus. After all, who wouldn’t be apprehensive to the thought of challenging Dean Mirren? But Mike and Sulley do just that, making a deal to leave MU all-together if they lose the Monsters University Scare Games. One problem though, the frienemies must pledge Oozma Kappa, the lame geek (think: Lambda Lambda Lambda) fraternity on campus, for entry into the games.

University may not be original in its narrative, but is raucously entertaining. The film is a pleasant family experience, riddled with bouncy drum lines, offhand humor and inventive characters. In terms of enthusiastic execution, Monsters University excels.

Monsters University is streaming now on the following services:
Powered by JustWatch