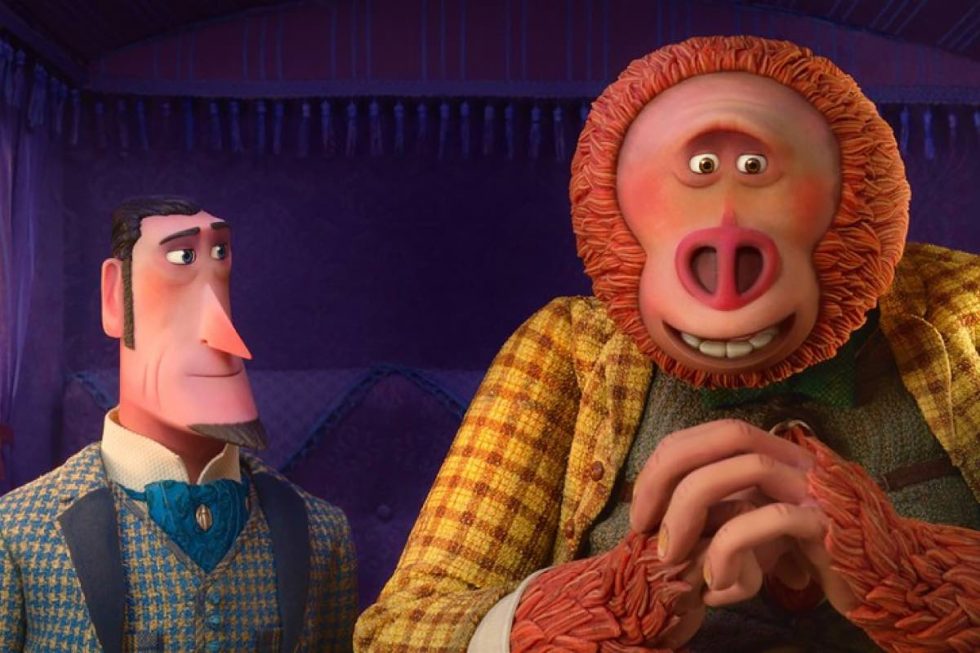 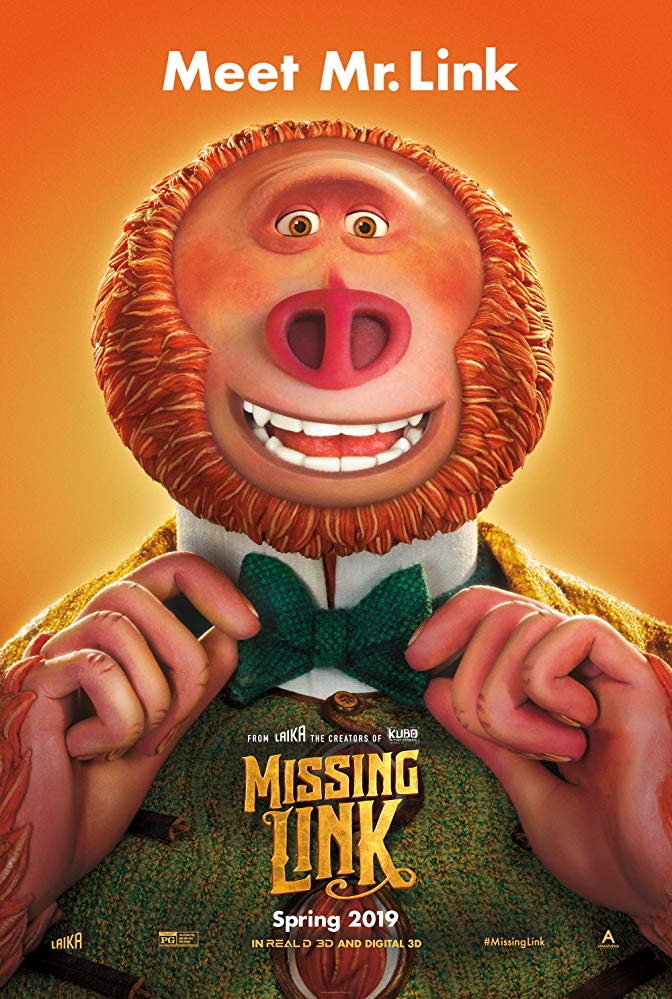 How sad is it that Laika, the stop-motion animation studio that gave us Caroline and Kubo and the Two Strings, just doesn’t get the attention and accolades it so deserves? Disney has flops…lots of ’em. But we keeping worshipping the mouse. Laika, on the other hand, very occasionally produces a dud and is instantly consigned to oblivion. I’m afraid that’s gonna happen again with their latest effort Missing Link. It’s not that it’s bad, it’s just instantly forgettable.

Sir Lionel Frost (voiced by Hugh Jackman) is a discoverer of mysterious prehistoric creatures hungry to be accepted by his explorer peers. He’s wrangled the likes of Loch Ness, but failed to provide hard evidence of her existence, mostly due to his arrogance.

A chance letter encourages Frost to travel across the globe in search of the dwindling population of elusive Bigfoots. While the explorer’s journey is long, actually finding the creature proves easy, almost too easy. The sasquatch, known as Susan (Zach Galifianakis), wants to be discovered, because as it so happens, Susan sent the correspondence to Frost. Susan, who is now the only surviving Bigfoot, needs Frost’s help to unite with his ancestral cousins, the Yeti. A deal is struck: proof of Bigfoot for delivering Susan.

Along the way, Frost and Susan encounter Stenk (Timothy Olyphant), a gun-for-hire tasked with eliminating the duo. Turns out the founders of Frost’s explorer club don’t want him to succeed. But with the help of a past flame Adelina Fortnight (Zoe Saldana), the group succeed in finding the frosty creatures living in the Himalayas.

Missing Link is another beautiful example of Laika’s stop-motion animation capability. This is a gorgeous movie that transports audiences into lush mountain landscapes, gritty old-west towns and frigid utopias you can almost feel (though if your local theater chain is anything like mine, the AC is incessantly running). The voice-cast each hit their marks. There is no sign that Laika is cutting corners anytime soon in either of these departments. The missing link, if I may, is storytelling. Missing Link is Laika’s least compelling feature…by far. It felt more like a silly Dreamworks’ story than the thematic epic tales told in past efforts like The Boxtrolls and Paranorman, certainly unlike Kubo and the Two Strings, the studio’s previous award-winning film. Missing Link is an adventure film without inspiration or lesson to be gleaned. I didn’t Laika it very much and I don’t expect mass audiences will either, relegating this fantastic animation house back into obscurity.

I took my eldest (10yo) child to the screening and he found it to be entertaining, but certainly not on the level that he loved Paranorman. He enjoyed the experience but will likely not return to Missing Link for a second viewing.

Missing Link is streaming now on the following services:
Powered by JustWatch