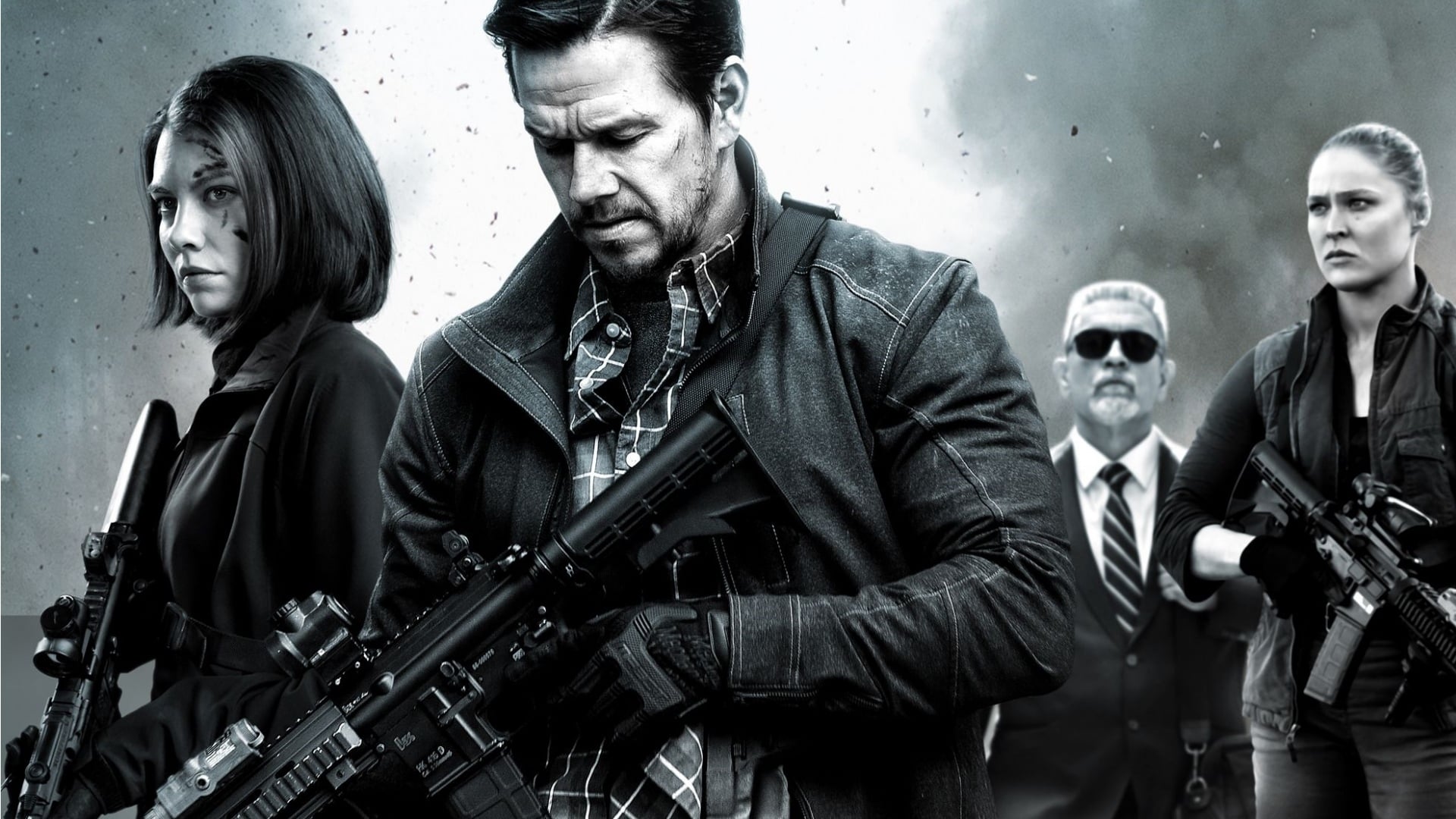 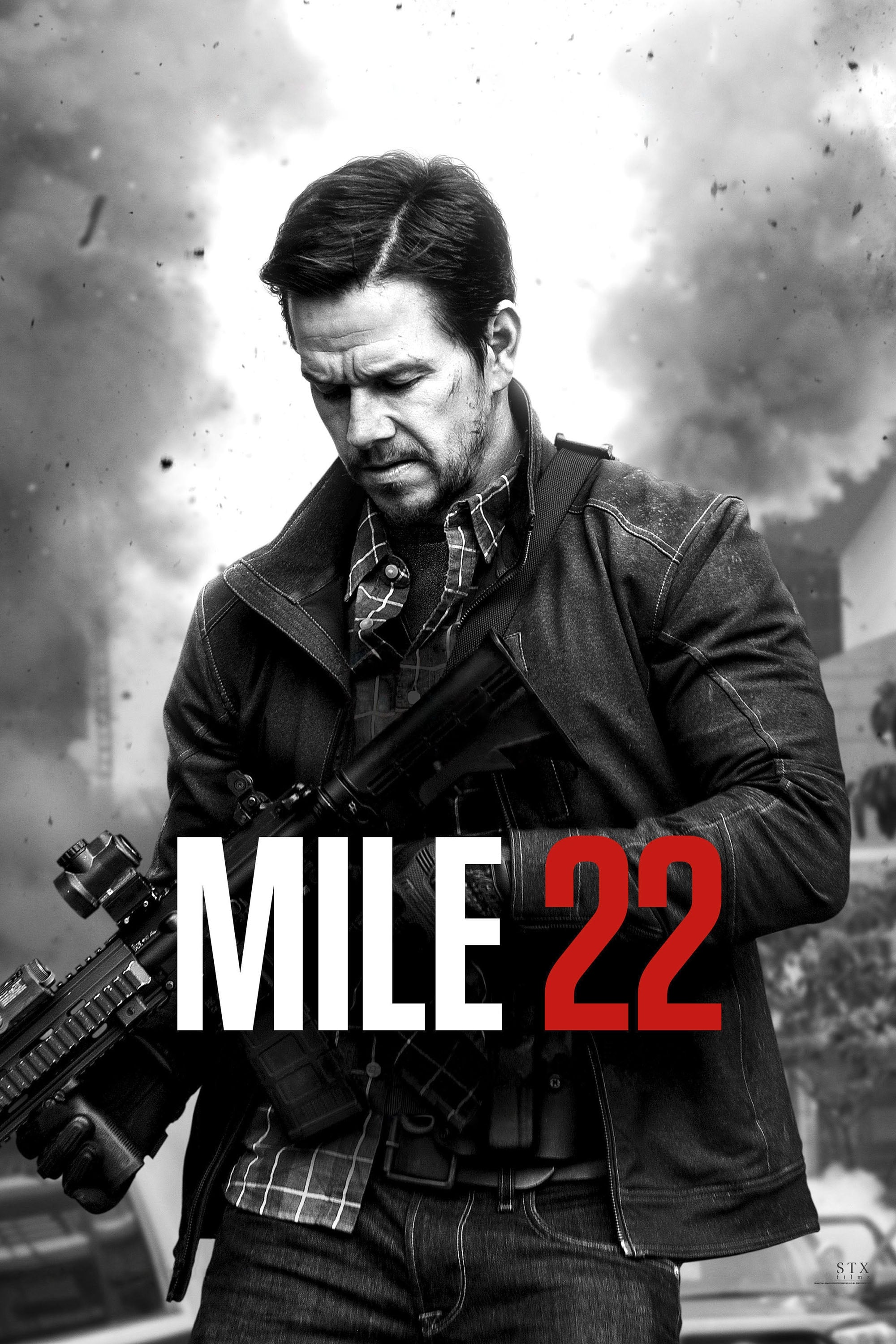 James Silva (Mark Wahlberg) is deep black ops and wetwork. He’s calculating, vicious, and a little scary. He doesn’t care too much about anything but getting the job done and that job is carefully orchestrated cleanup of PEOPLE THE US DOESN’T LIKE. He has a ground team of equally scary individuals that would cheerfully pluck the wings off puppies on any given afternoon: Alice (Lauren Cohan) is a mom who loves her daughter and hates her ex-husband, Greg (Cedric Gervais) has a lot of weapons, and some other people. They do bad things to bad people with minimal quipping and get things done in painful, loud, and explosive ways.

In an unnamed country in Indonesia, Li Noor (Iko Uwais) a trusted informant has information about missing chemicals that could make several world capitals uninhabitable forever. The price for that information is getting the undercover guy out of the country and the drop point is 22 miles away – WE HAVE TITLE!  Silva activates his secondary team, Overwatch to secure things like routes and communications. Overwatch have cool code names like chess pieces – Bishop (John Malkovich), King ( Keith Arthur Bolden), Queen (Chae-rin Lee), etc., – and over the air names like Mother and Child. It’s very secret, much hush.

Of course, Silva has an adversary in the form of diplomats and foreign agent counterparts like Axel (Sam Medina) who very much want Li Noor to stay in the country so the government can murder him for being a traitor. and thus begins the treacherous trek through the city and to the airfield to get the informant on a plan and his code to unlock a disk so the world can be saved again.

Oh, and there are evil Russians because that’s the world we live in now.

Once Mile 22 gets rolling, it’s relentless. Frankly, you’re not paying a ticket to see Mark Wahlberg act in complicated plots and puzzle tangible logic points. The martial arts choreography alone is worth the admission, and unlike many American action films, the fighting is seamless and amaze-balls. This is not for the faint of stomach or those with weak constitutions.

John Malkovich and the rest of the Overwatch Team are the cool kind of cats you specifically go into engineering and munitions to become. I was an English Major but I’m still waiting for my call.

Rhonda Rousey is the only sad panda factor in this movie and her character is just angry. I mean like sweary, angry, this is how guys act and I’m totally one of the guys, right? angry. It’s so unforgettable when someone mentioned her name, I had no idea who they were talking about. Oh right, Sam Snow. What happened to her? No one cares. *shrug*

ACTING PRO TOP: That’s never a character you want to be. Even the uncredited little Asian girl in the apartment complex shootout was more memorable and she had no lines.

For me, I would happily munch on popcorn and sip frozen cokes, and enjoy Mile 22 for the gee-whiz factor of the hand to hand fighting, the gunplay, the broken arms and all of the headshots because sometimes you just need a movie to unwind to. Sit back, watch things go boom and people die violently. This is that movie.

Mile 22 (2018) is Rated R for swears, broken limbs, broken necks, blood, shots to the head, shots to the face, kicks to the throat, explosions, and sociopaths who make a lot of sense in this crazy mixed-up world.

Mile 22 is streaming now on the following services:
Powered by JustWatch