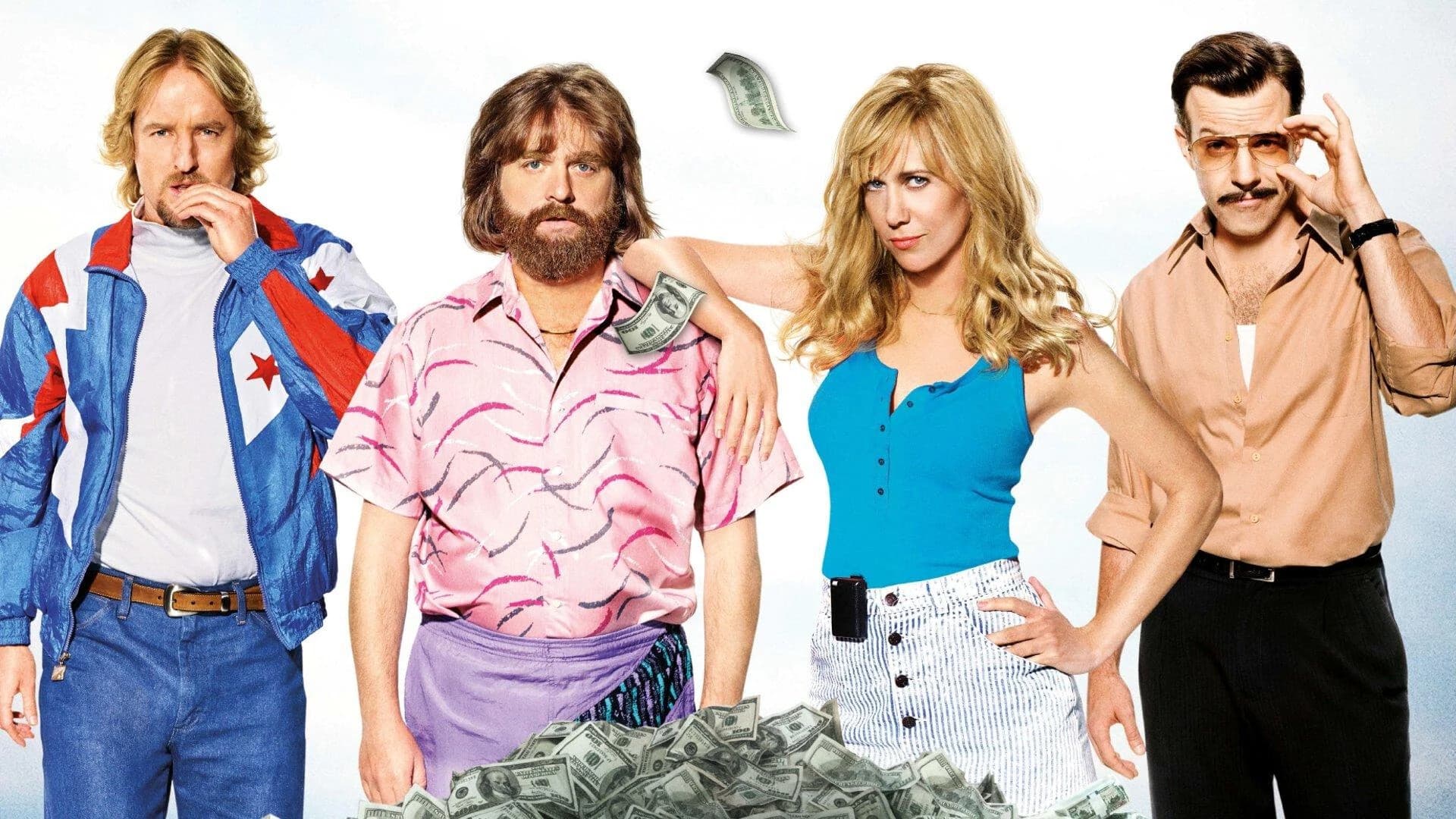 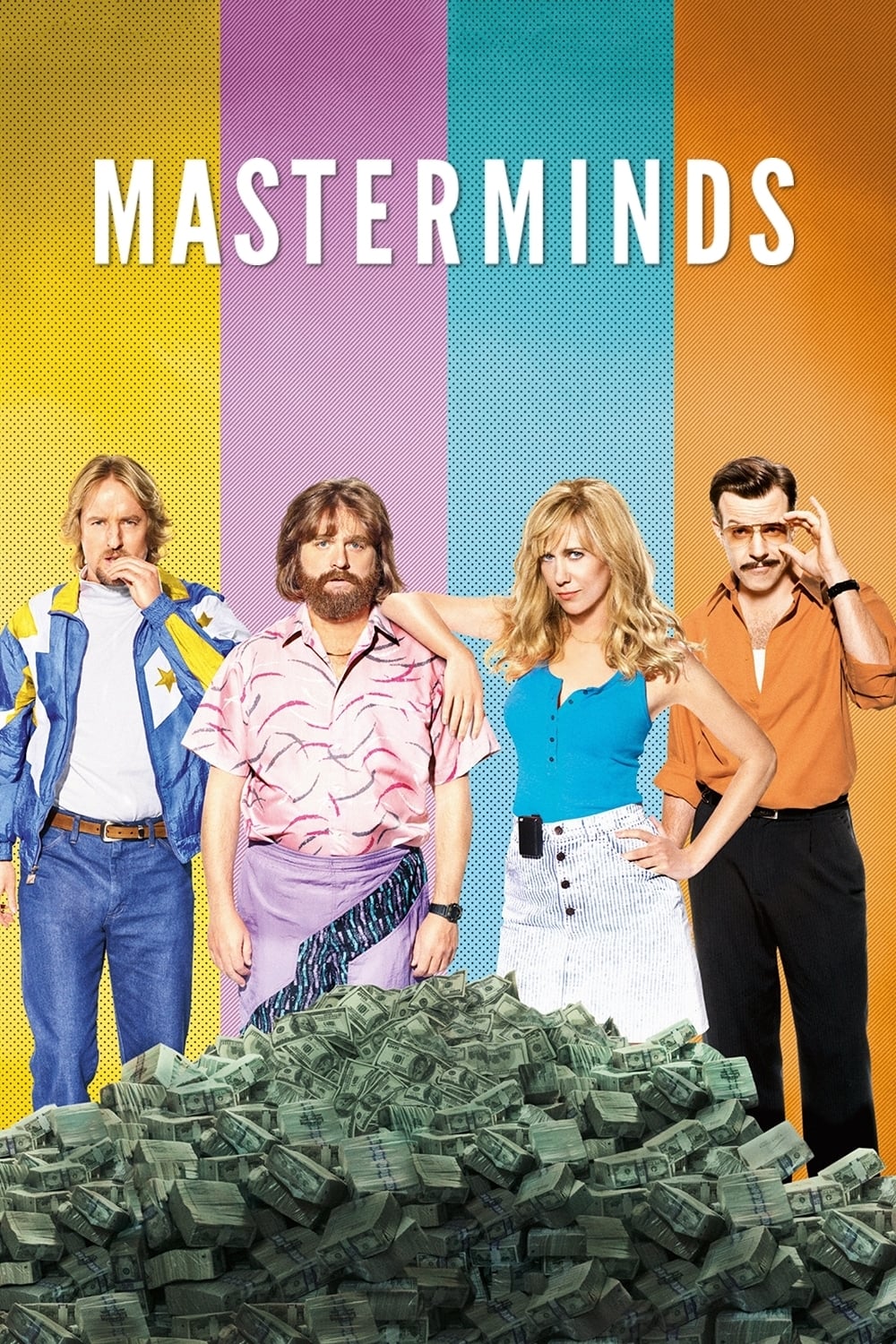 Zach Galifianakis has always been more enjoyable when he’s not the first or second lead. Too much Galifianakis in your film makes for too strong of a heavy hand in the comedy department. He’s like that strong alcohol that you need to cut with a few other ingredients in order to make an enjoyable drink. His latest film (well not technically his latest but we’ll get to that aspect a bit later) Masterminds, which happens to be based on a true story, is now in theaters. Before you rob the bank to possibly see it this weekend, you might want to read the rest of this article just so you know what you’re stepping into.

David Ghantt (Zach Galifianakis) works for a private security company where he’s been for quite some time. His life definitely more on the mundane side. He’s engaged to Jandice (Kate McKinnon) who definitely gives off some very obvious signs that she’s settling in her eyes by even being with David. He shares a trailer with his fiancée and her extremely bitter mother. The only real joy that David gets out of his life is when he’s working for Loomis, Fargo & Company which is a cash handling company, aka an armored car company. It’s not that he LOVES his job as much as he has the hots for his riding partner, Kelly (Kristen Wiig).

Kelly ends up leaving the company thus becoming the first domino to fall that would end up leading to one of the largest cash heist robberies in US history. She falls in with the wrong people and when one of them (Owen Wilson) gets inspiration from news of a previous armored car robbery, his criminal mental wheels get to turning. Upon finding out that not only did Kelly previously work for an armored car service but also learning that she has a patsy puppet on the inside (yep you guessed it….David), he starts formulating a master plan. Of course stupid is as stupid does so nothing plays out in the way that it was intended. David buys into this hair-brain scheme hook, line and sinker because he’s head over heels for Kelly. From here Masterminds goes on a wild, crazy and sometimes comical ride and wants to bring the audience along for the fun.

Jared Hess directs this action comedy based on true events. Hess’s claim to fame is his direction of Napoleon Dynamite (2004) which was also his first full length movie. Some may consider it beginners luck since none of his movies since then have come close to the first. Nacho Libre (2004), Gentlemen Broncos (2009) and Don Verdean (2015) were his next three projects, none of which set the world on fire in the box office or the critics’ eyes. Masterminds is his next chance of returning to form. Unfortunately his challenges started even before this movie was released. With an original release date of August 19, 2015 scrapped due to financial challenges by its studio, it was shelved for more than a year before getting a release date of September 30. But do good things truly come to those who wait?

Try as it might, Masterminds doesn’t have the legs to run a full feature race. Even with a strong cast of funny people such as Zach Galifianakis (The Hangover franchise), Kristen Wiig (The Martian (2015)), Owen Wilson (No Escape (2015)), Leslie Jones (Trainwreck (2015)), Kate McKinnon (Sisters (2015)) and Jason Sudeikis (We’re the Millers (2013)), the bits get old and tired pretty quickly. I would categorize this of more a silly film rather than a funny film. Because of that, many people will be turned off by the slapstick adolescent humor that peppers the comedy. The plot, even though inspired by true events, is pretty lame. There is zero unpredictability. It’s just a matter of hitting the checkpoints on the way to your eventual destination. Think of it as subway ride to Template-ville. Next stop I Saw That Coming From A Mile Away. The chemistry between the actors seems to be pretty solid which is a nice redeeming factor. That being said, it shouldn’t be much of a surprise that there are outtakes at the end of the movie (yay…those are often the best moments of comedies).

Assuming you’re still reading this you’re heavily considering checking out Masterminds. I’m not going to try to talk you out of it though. In no way would I consider this a terrible movie, it just lacks that special element that could bump it up a notch or two. I had my fair share of chuckles but I’m a silly person by nature so your experience could be quite the opposite. There aren’t many choices in theaters right now when it comes to comedy so by default this could be the one for you.

Masterminds is streaming now on the following services:
Powered by JustWatch