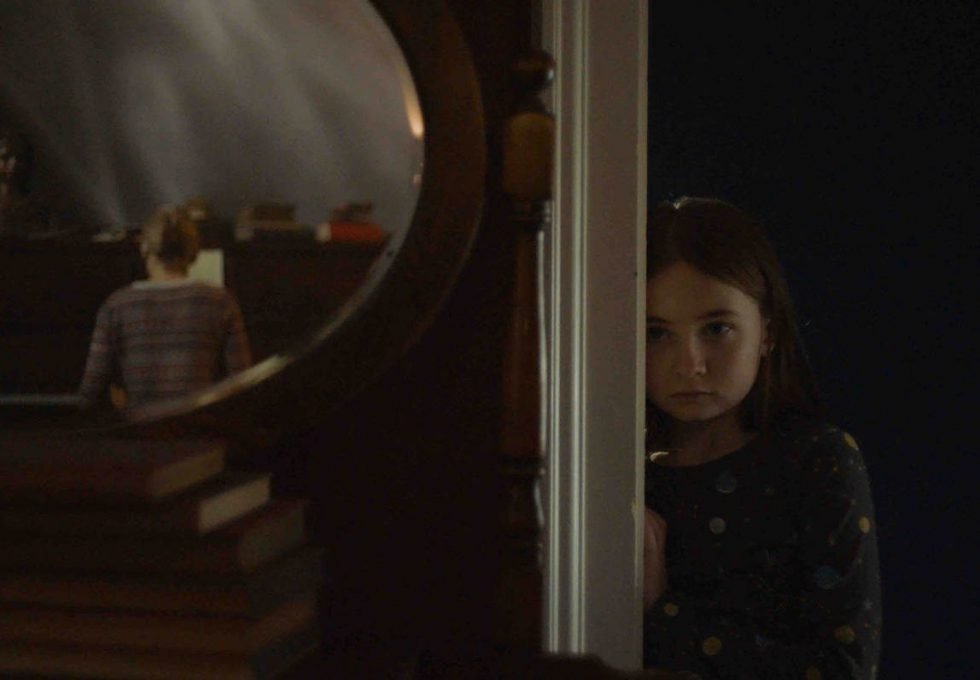 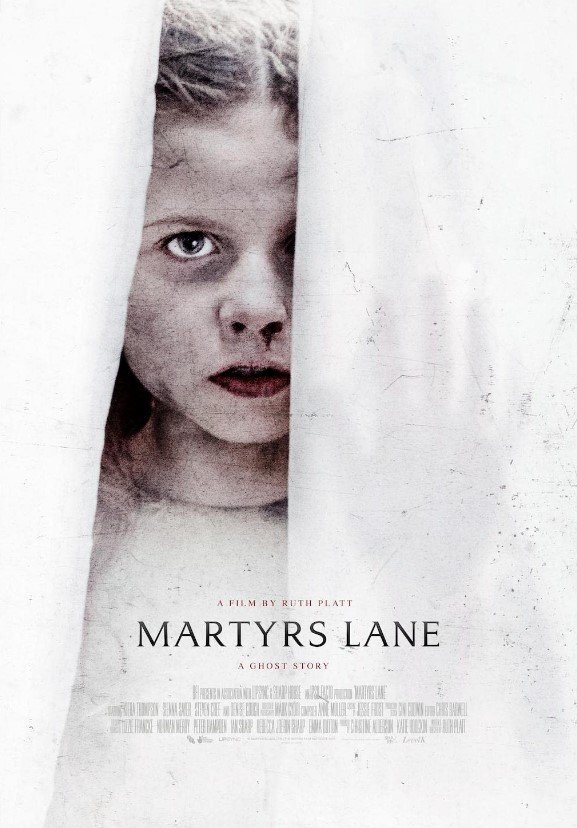 There’s no way to compare Martyrs Lane (2021) to other movies without potentially spoiling the emotional impact and the ending so we’ll just talk around it.

10-year old Leah (Kiera Thompson) is a lonely, nervous little girl who lives with her vicar father, Thomas (Steven Cree), her depressed mother, Sarah (Denise Gough),  and her older sister, Bex (Hannah Rae), who cannot wait to leave town. Leah spends lots of time alone, exploring and keeping to herself, mainly staying out of the way of her otherwise busy family. One day a little girl (Sienna Sayer) in blonde curls and angel wings climbs through Leah’s bedroom window and the two become fast friends. Every night they play a game of Two Truths and a Lie, with Leah revealing little things about herself, and her blond friend sending Leah on a quest to find a precious keepsake Leah lost. Every quest brings heartache to Leah’s family as she accidentally uncovers a tragic truth no one is ready to face.

It’s difficult to talk about the storyline of Martyrs Lane, so we’ll talk about the emotional impact, which is a brick to the gut. It’s a ghost story, and it involves children, and directors often have a heavy hand with the creepy kid trope. Ruth Platt finds that razor’s edge and innocent delight and otherworldly dominance. Leah is odd in the way that all lonely children are odd and they make their own fun with their immense imaginations and fearless bids to conquer boredom. Kiera Thompson isn’t a shrieking child acting scared – she projects her terror and strength in that solid way all children do when they have no other choice. It’s not a spoiler to tell you the cold blond “angel” in her forever play clothes is a ghost. Sienna Sayer embodies supernatural knowledge while remaining precocious and fun with an easy laugh. She’s also serious and cruel and there is amazing depth channeled, so much you may also marvel at how incredibly good she is for so young.

While I normally don’t like English ghost stories for their plodding pace (often mistaken for “atmosphere”) Martyrs Lane doesn’t leave empty space for exposition. We know the ghost is a ghost and we know Leah has her own personal issues with abandonment and they’re skillfully woven together to create a spider’s web of consequences and revelations. It’s all laid out pretty early on, we just don’t know why, but we’re willing to let the children lead us there, one broken discovery at a time.

Martyrs Lane feels like a fairytale: lost little girls leaving lettered blocks instead of breadcrumbs, waking the sleeping Queen, freeing the princess, and fighting the terrible twin dragons known as Grief and Depression at a horrible cost.

Based on her own 2019 short film, also called Martyrs Lane, Ruth Platt finds the thing that terrifies us most – the unraveling that comes from loss and the helpless sorrow drowning that threatens to engulf even the strongest warriors.

I can’t recommend Martyrs Lane enough, and lucky for you, it’s streaming on Shudder right now.

Martyrs Lane (2021) is Unrated, but because it invoices children in precarious situations, I will call it a PG-13 and not for blood and gore, because there is nearly none, but for heartache and loss and the eternal sadness of a child.

Martyrs Lane is streaming now on the following services:
Powered by JustWatch