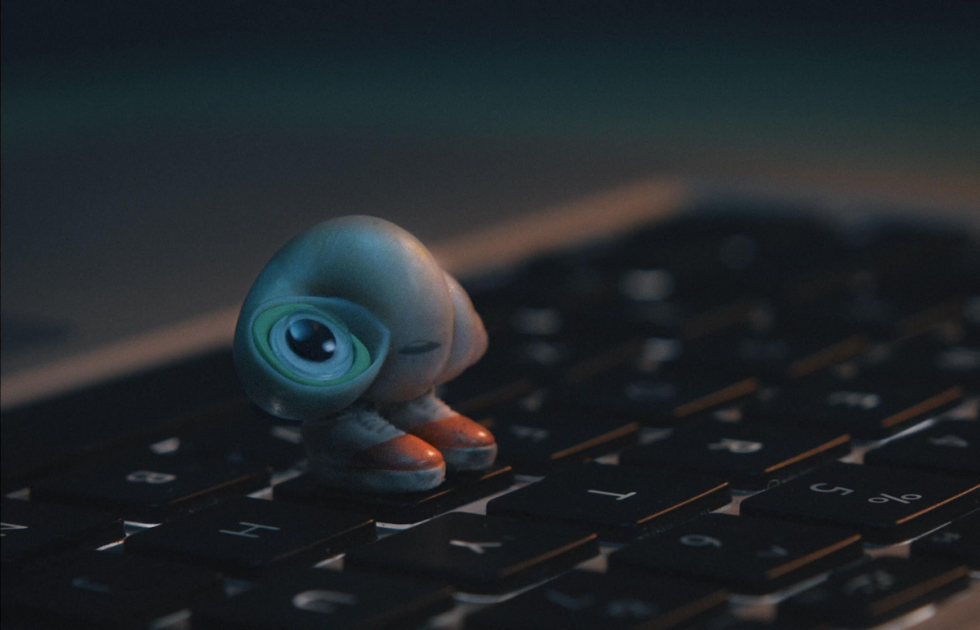 Marcel The Shell With Shoes On Movie Review

Marcel The Shell With Shoes On Movie Review Metadata

Marcel The Shell With Shoes On Movie Poster 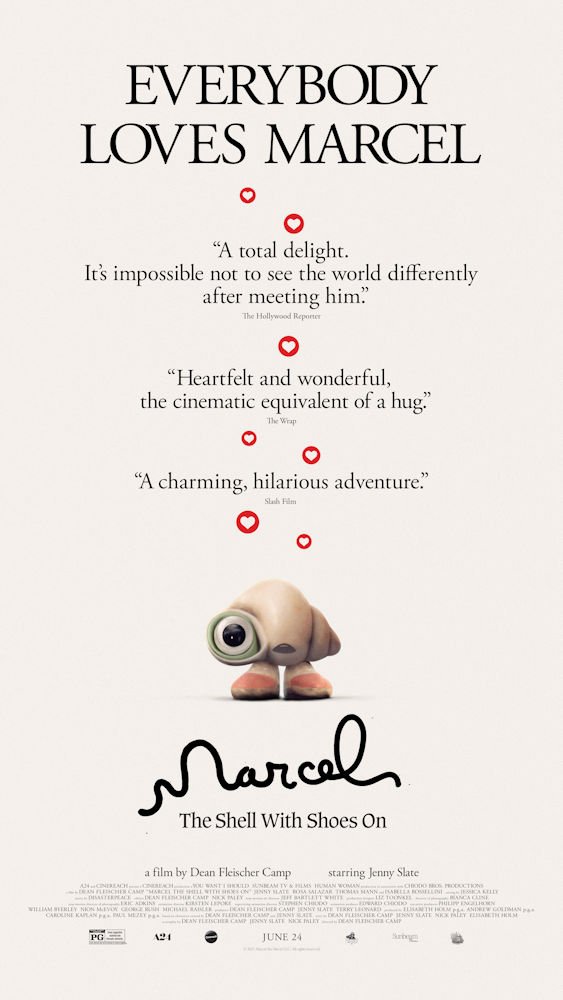 Marcel The Shell With Shoes On Movie Metadata

Marcel The Shell With Shoes On

Marcel The Shell With Shoes On External Links

Marcel The Shell With Shoes On Movie Trailer

Marcel The Shell With Shoes On Movie Tickets

On its surface, Marcel The Shell With Shoes On (2022) seems perfect for bite-sized pick-me-ups. What started as quick YouTube clips back in 2010, creators Dean Fleischer-Camp and Jenny Slate gave voice and movement to a plucky little shell with one googly eye and bright pink sneakers. “Do you want to know what the truth is about shrimps,” Marcel said in one. “They’re the idiots of the sea.” On the surface, it seems harsh, but voiced by Jenny Slate, Marcel has a precocious homeschooled quality about him with his bright wit and his unintentionally-dry observational humor. It’s a great big world but this little shell takes most of it in itty-bitty strides. Nothing is filtered between his brain and his mouth, with it being such a short distance. It’s a bluntly endearing quality.

Which in essence is the premise of Marcel The Shell With Shoes On. Living unnoticed with his grandmother, Connie, among the plants in a seldom used Air B&B, he bides his time making up games, walking along the walls, and watching 60 Minutes. Marcel doesn’t come out and say it, but he’s lonely and curious and unabashedly thrilled when Dean, the new human houseguest begins filming a mini-documentary about him. Marcel reveals he’s like to find his lost family and friends, who were abruptly whisked away in a freak accident. Dean entertains his quest by loading his story to YouTube. Through Marcel’s introduction to the internet, we’re provided a stark and unflinching view of how internet fame can change an entire perspective on the world, from one of optimistic opportunity to crushing isolation. After reading the comments on his video, he sadly notes, “it’s an audience, not a community” as the anonymous hordes discuss everything from his gender to his shoes. He’s bemused to see them creating memes and showing up at his house. It’s a side of fame he wasn’t expecting.

Marcel The Shell With Shoes On goes from light to very dark in the space of minutes. Grandmother Connie is much older and not well, despite the brave face she puts on with Marcel. She is the embodiment of love, setting aside her hurt and confusion to help him feel safe. They both have quiet guarded moments with Dean and the camera, expressing deep love and respect for each other’s age and respective wisdom. It’s a companionable relationship borne from multi-generational households. It’s the most obvious void in the movie.

On the other hand, for someone who has experienced very little of anything that wasn’t presented by Leslie Stahl on 60 Minutes, Marcel comes across as a judgy little busybody with a lot of big ideas, and the life experience of a Cheeto found under a couch cushion. His limited worldview is both charming and exasperating, which makes the 90-minute-mark of this film a little exhausting. Marcel The Shell With Shoes On overestimates the cuteness factor of carrying it to its big conclusion.

In small (heh) doses, Marcel is a silly little giggle that can brighten a poopy mood. There were genuine chuckle-worthy moments, and his ability to take everything life throws at him with a disconnected optimism was a nice change of pace. He doesn’t cause his conflict – conflict (or if you prefer, “Life”) finds him and because he is so small and understands he has very little control over what he cannot see, he trusts things will simply work out. This can border on too much of a good thing, so when the dark twists (or if you prefer, “Life”) surface, you have to admire how he handles it all equally with grace.

Marcel The Shell With Shoes On is an excellent stop-animation set before a backdrop of live action. It’s a seamless interaction of Marcel’s world and Dean’s reality. Marcel’s inventiveness is reminiscent of The Littles (ABC, 1983-1985), like transportation inside of a tennis ball, shaking the fruit from a tree with some kitchen twine and stand mixer, and traveling to higher ground via tiny shoes dipped in honey.

If this sounds like a mixed bag review, have a raisin, because it is. There’s a lot about Marcel The Shell With Shoes On I really enjoyed, but it did feel longer than 90 minutes. I was engaged by the story and a tiny bit frustrated by Marcel. However, I don’t have kids, and I realize my tolerance for wee voices and a million questions is as shallow as sweat in a pore.

I think for your kids, or your neighbor’s kids (if you’re feeling super generous), it’s a cute little film that can inspire some interesting conversations on the ride home. Then maybe check out the original YouTube videos together as a family, in quick 4-minute bursts.

Marcel The Shell With Shoes On (2022) is rated PG for issues of abandonment, familial death, and grief. There’s practically nothing objectionable about this at all. There isn’t even a single swear.

Marcel The Shell With Shoes On is streaming now on the following services:
Powered by JustWatch