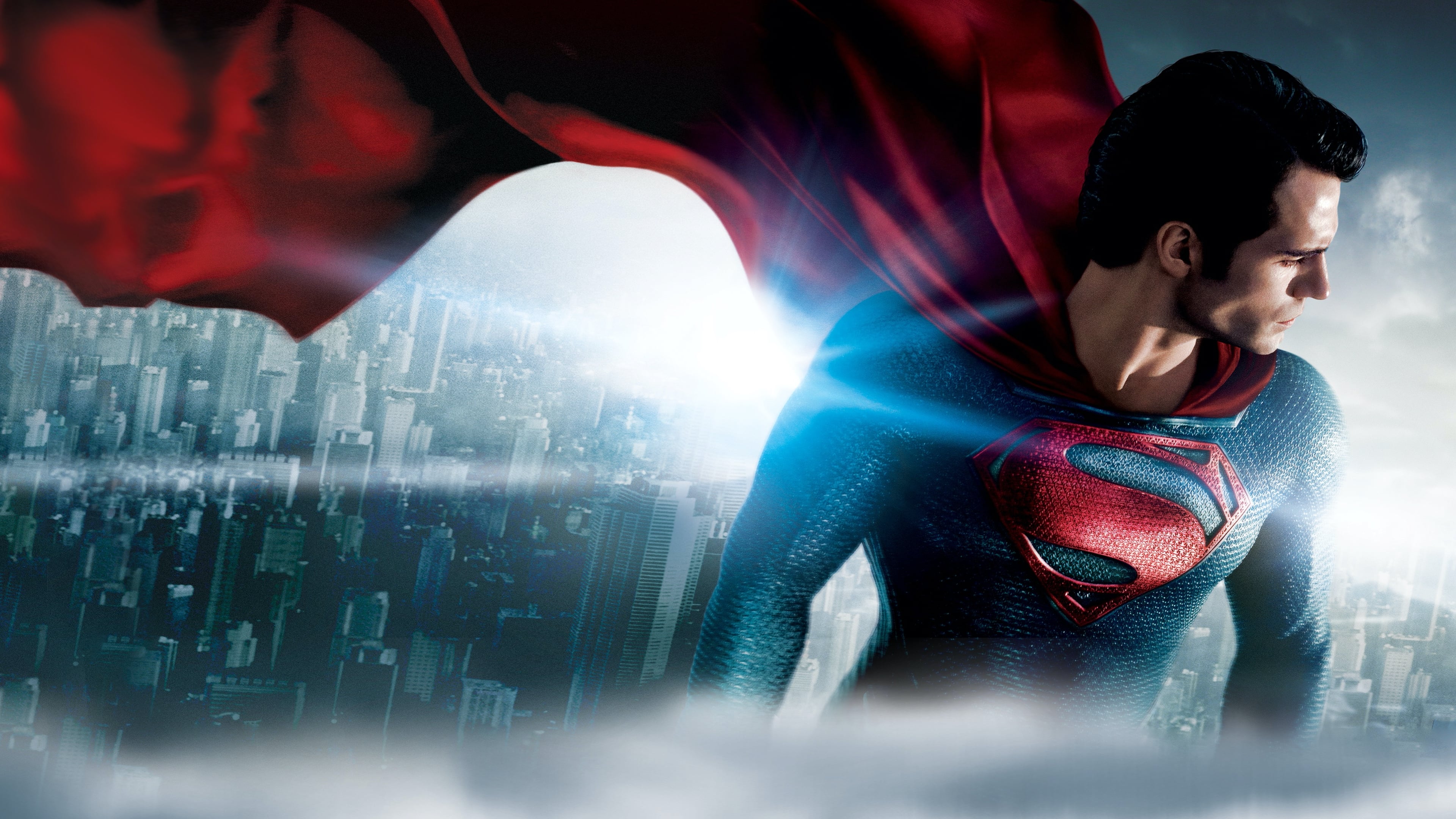 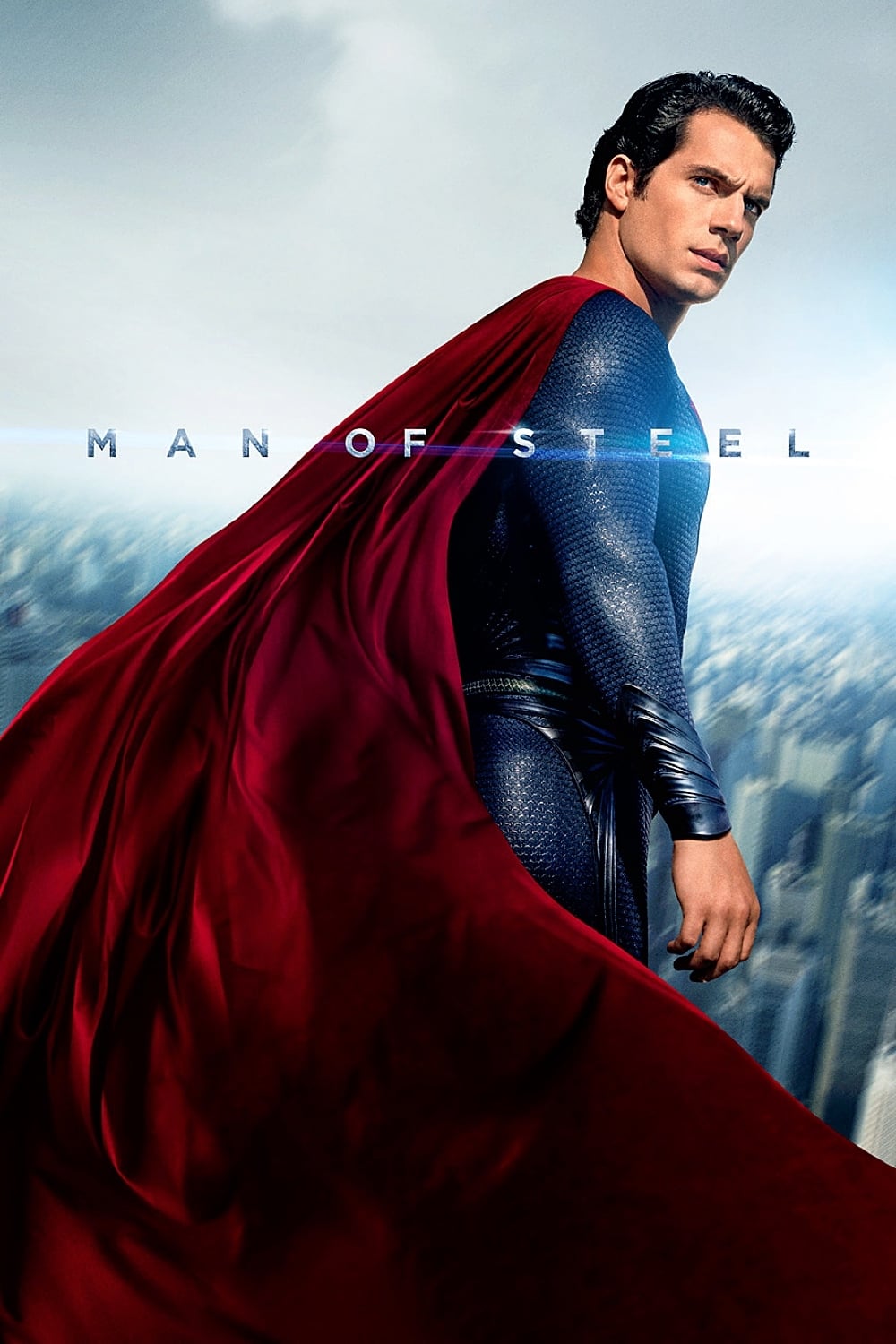 There was a lot on the line for DC Comics with Man of Steel, the stakes could not really be much higher to deliver a hit with this film. Success for this film brings momentum; a second straight major character revival (the first being Christopher Nolan’s Dark Knight series) and a fast track to a Justice League franchise that would officially get them entered into the fight with Marvel Studios for super hero film supremacy.

It was wise of DC to have Nolan involved in this project as a producer and to have David S. Goyer (Dark Knight Trilogy) write the screenplay. They needed director Zach Snyder (300, Watchmen) to bring everything together and give us a compelling origin story for one of the most beloved comic book characters of all time which is accompanied by a rabid, hyper-critical fan base. No pressure right?

I am one of those hyper-critical Fanboys. I am a comic guy, a super hero guy, a movie guy and I really, really wanted to like this film. You know what? I really, really did. We’ll get into the nuts and bolts of it but the fact is I had a great time watching this retelling of Superman’s story. I was engaged the whole time, I laughed (granted, not as much as I would have liked), I cried and I cheered on a hero. I even found myself talking to the screen occasionally which for me is a very good sign of how immersed in the experience I was having.

Like anything with a rich history, it is important to start off with the perspective that this is not necessarily YOUR Superman. This is not Christopher Reeve and Marlon Brando and Margot Kidder. This is not a movie version of your favorite stories from the Superman comic; this is Zach Snyder’s Superman, HIS vision, HIS execution. “Buy the premise buy the bit,” which means if you can’t be open to that fact, you will not be open to enjoying/liking this film.

The story starts off on the planet Krypton, a dying planet. It is dying because its core is unstable due to the misuse of the planet’s natural resources. Scientist Jor-El (Russell Crowe, Gladiator, 3:10 to Yuma) tries to reason with the ruling council to change and General Zod (Michael Shannon, Revolutionary Road, Machine Gun Preacher) tries a hostile takeover to try and save his planet but both fail. General Zod and his band of insurgents were banished to the “Phantom Zone” and Jor-El and his wife Lara (Ayalet Zurer, Munich, Angels & Demons) send their newborn son, Kal-El off to Earth to be a leader to them and help them avoid the mistakes that Krypton made.

I did not particularly care for the look of Krypton. It didn’t detract from the film but it didn’t help me “settle into” it either. It was very raw and rustic and not nearly as aesthetically pleasing as you would expect an “advanced” planet to look like. The technology was advanced but looked very basic and crude in its execution. The Council didn’t look very regal, in fact some of their wardrobes and headdresses looked downright silly. Jor-El didn’t look “scientific” at all but looked pretty cool in his Kryptonian suit and Lara looked smoking hot and totally amazing, especially considering she had just given birth. Zod’s military uniform looked very appropriate and intimidating.

The storytelling in the beginning was very clunky and truncated. The timing seemed off. Jor-El tries to warn the council about Krypton’s destruction seemingly while it is being destroyed. There was little to no build up of the tension between Zod and Jor-El with their conflicting methods for saving Krypton, the tension that was there seemed a little forced. Zod also was given little time as protector of Krypton before he went into evil council killing mode. Yet the council somehow reformed and had enough power to banish Zod? What? And Jor-el had time to build an escape pod for his son and encrypt Krypton’s entire history and even DNA structure in it? Huh? And how is it exactly that Kryptonians had been born in pods (a la The Matrix) for centuries yet somehow Lara gave birth (and looking great doing it) to Kal-El with no complications and no fanfare?

Buy the premise, buy the bit. Despite its aesthetic and storytelling faults, the points got across that Krypton was dying, Zod and Jor-El had different approaches as to how to save it, the leadership lead, the baby got off the planet in time and Krypton was no more. Despite its faults I bought the premise and was buying the bit.

Then Snyder does something I think is really a smart move, he introduces us to an adult Kal-El on Earth, Clark Kent. He is a wanderer who picks up jobs where he can until he has to do something heroic and then moves on. The reason I say this was such a good move was because of the performance of Henry Cavill (The Tudors, Immortals). He is a very good actor and a great Superman. He physically looked the part for sure. He also really delivered the duality of the character, both extremely vulnerable and extremely powerful. He really sold himself as a man seeking his true purpose, his true identity. He got you emotionally invested in someone who has love for the people who raised him yet still seeks out those who created him.

Then we go on the back and forth storytelling. We go from Clark as an adult to him as a kid back to him as an adult back to him as a teenager….again, very clunky, not smooth transitioning at all. I liked the way each of those periods were done but put together it was not seamless. I would like to have seen fewer time jumps with more occurring in each period sequence. Just when you get invested in what is going on, bam, it changes! Great idea in terms of storytelling just poor on the execution.

The scenes when Clark was around 9 years old were very compelling. First of all, you have a small child who is trying to figure out what in the heck is going on with him. He doesn’t understand his senses or his abilities and is very scared. You just want to pick him up and hold him and tell him everything will be alright and that is exactly what Martha Kent, played to perfection by Diane Lane (Perfect Storm, Secretariat) did. She was so maternal, so loving and comforting and soothing. When the world was crashing around him, sometimes literally, she was there for him.

I was not a big fan of Kevin Costner’s (Bull Durham, Field of Dreams) Jonathan Kent. I’m not sure if it is the way the role was written or his performance but he was a one note instrument and that note was pretty flat. His sole purpose was to hammer home the message to Clark to fit in, suppress his abilities and blend in at all costs, even at the expense of saving people’s lives. He chastises Clark after Clark saves a bus full of kids for exposing what he can do and it was so heartless. Maybe that was the point, maybe that is how I was supposed to feel about him but I didn’t like it.

That does bring us to another star of the show, the dueling paternal advice of Jor-El vs. Pa Kent. Jor-El’s message to his son was that he should be open and public about who he is and what he can do and people will fall in line behind him. Pa Kent says to keep his true identity hidden because people will reject him. The truth is, they are both right but how Kal-El/Clark handles this defines his strength of character and that maturation process really is a driving force throughout the entire film.

This is a pivotal factor in how he deals with his conflict with Zod, who finds Kal-El on Earth and tries to get him to embrace his destiny as the rebuilder of Krypton, even at the expense of his adoptive home. What will he do? How far will he go? The answers to these questions are intense and have huge impact and the process, including his decision and its consequences truly help Kal-El become Superman.

Another thing I really liked was the government’s reaction to the discovery of who Clark Kent is and where he really comes from. I feel the level of fear and mistrust are realistic and proportional and the transition from xenophobia to trusting an ally (Kal) was smooth. The way Superman resolves the conflict with Zod shows he is both a true Kryptonian and true guardian and resident of Earth.

There was definitely a lot of violence and destruction in this film, a huge departure from the lighter hearted, family friendly super hero movie that Marvel has gotten us accustomed to but it didn’t feel excessive to me. Superman and Zod go after each other HARD. The fact is that this is a darker, grittier story and it might have been a bit much but it did not take me “out” of the film or make me enjoy it any less.

Amy Adams’ (Enchanted, The Fighter) portrayal as Lois Lane was alright. Honestly could take it or leave it. I think the character was poorly written, I think she was more secret agent than investigative reporter but there was good chemistry with Cavill and the romance between them didn’t seem forced so no harm no foul.

Laurence Fishburne (Matrix, Contagion) was very good but severely under-utilized as the Daily Planet’s Editor in Chief Perry White. In fact the Daily Planet seemed unnecessary in this narrative.

Russell Crowe delivered a very solid performance as Jor-El. I really liked Snyder’s creative way of keeping him on screen even after Krypton’s destruction. It was very cool to see him still have a big part to play and be able to help his son when he most needed him.

Reboots are tricky. The stakes were very high. The film had a decent amount of imperfections. That being said, Christopher Nolan, Zach Snyder and the rest of the cast and crew accomplished what they needed to accomplish. They delivered a successful, emotionally driven thrill-ride origin story of an extremely iconic character. They also get DC/WB back in the game and although Marvel/Disney is still winning by a large margin, at least it is now a contest. We, the fans of comics, super heroes and movies are the benefactors of that.

You can read this and other reel reviews by Michael at Keeping It Reel.

Man of Steel is streaming now on the following services:
Powered by JustWatch