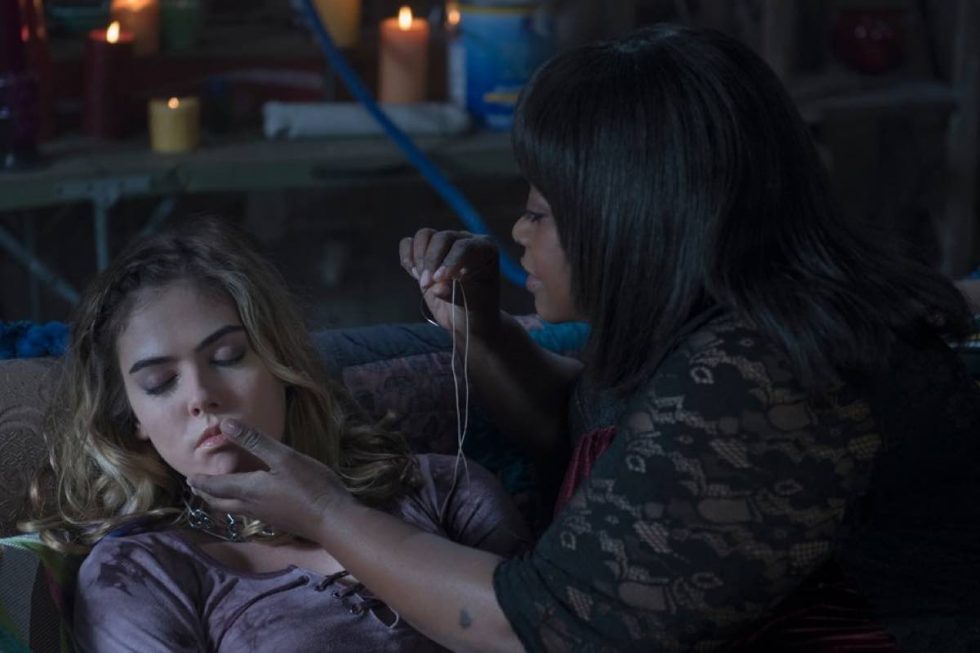 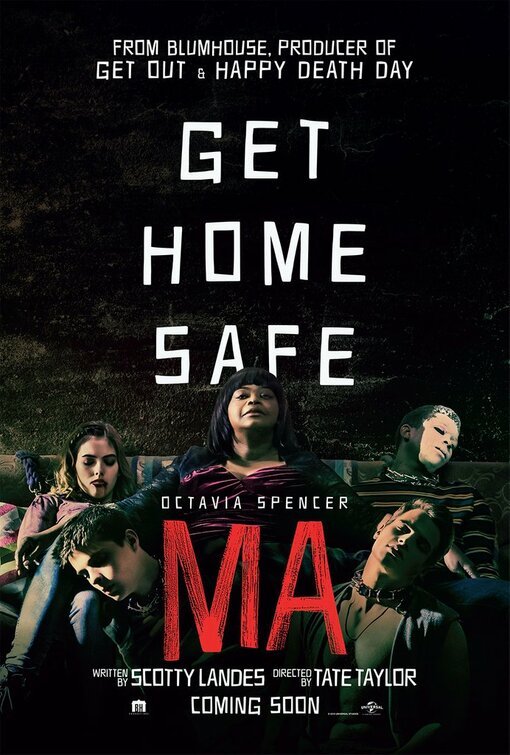 For an R-rated film, I expected more from Ma. Yes it’s a teen horror, and some people die, but 99 minutes should buy us more action, more terror, and maybe even a story that makes sense.

Maggie (Diana Silvers) is a transplace from California, moving back with her mother (Juliette Lewis) to small-town Ohio where most folks never leave and the rancid fruit doesn’t all from the tree. She immediately falls in with party girl (McKaley Miller), cute boy (Corey Fogelmanis), bad boy (Gianni Paolo) and token (Dante Brown). When trying to score alcohol they convince lonely loner adult person Sue Ann (Octavia Spencer) to buy for them. Sue Ann rediscovers her own inner lost party girl and becomes the popular kid she never was. When it starts to unravel, she goes to terrifying lengths to keep her new best friends.

At its heart, Ma is a revenge film. The unassuming vet tech has some high school trauma she’d like to work out and in her new “friends” she’s found her outlet. This is where the movie takes a weird left and stops making sense. Suppressed memories resurface as the children of her mean-spirited classmates begin frequenting her new hangout. Sue Ann could either be a sadist serial killer or an emotionally immature adult working through her issues, but Ma wants her to be both, and it doesn’t work. You can understand the obsessive texting and phone calls from any new friend, but when the obsession turns to murder, it’s hard to trace back when the switch was flipped.

Ma is a movie written and directed by people who just don’t understand the genres of thriller or horror. It’s simply not scary or tense and it just isn’t fun. Teens sneaking out to party and realizing they’ve put their trust in exactly the wrong person is neither new or groundbreaking, and the motivations for that person feel like hollow excuses. Genre movies can be smart *and* fun, but when no one does anything that makes logical sense for the sole purpose of pushing forward a very weak storyline, smart goes out the window and fun leaves town. You don’t need stupid characters for bad things to happen, and you insult your audience when you assume it’s what we want to see. (see: The Intruder (2019))

Finally, I don’t get the R rating, and frankly, that alone is disturbing. A cautionary tale to teens about sneaking around, drinking, drug abuse, and stranger danger is (theoretically) placed out of the reach of a teen audience. Is this a Gen X revenge movie to get back at former classmates through their kids, or is this a Gen Z movie about why adults can’t be trusted? None of that merits an R rating.
Either way, it fails.

Ma is rated R, and I don’t know why because this is mild PG-13 at best) but I guess for swears, teen binge drinking, offscreen genital slurping, facial sewing, bloodletting, tummy ironing, vehicular manslaughter, and the concept of Juliette Lewis as someone’s mother (I MEAN HOW DARE YOU).

Ma is streaming now on the following services:
Powered by JustWatch