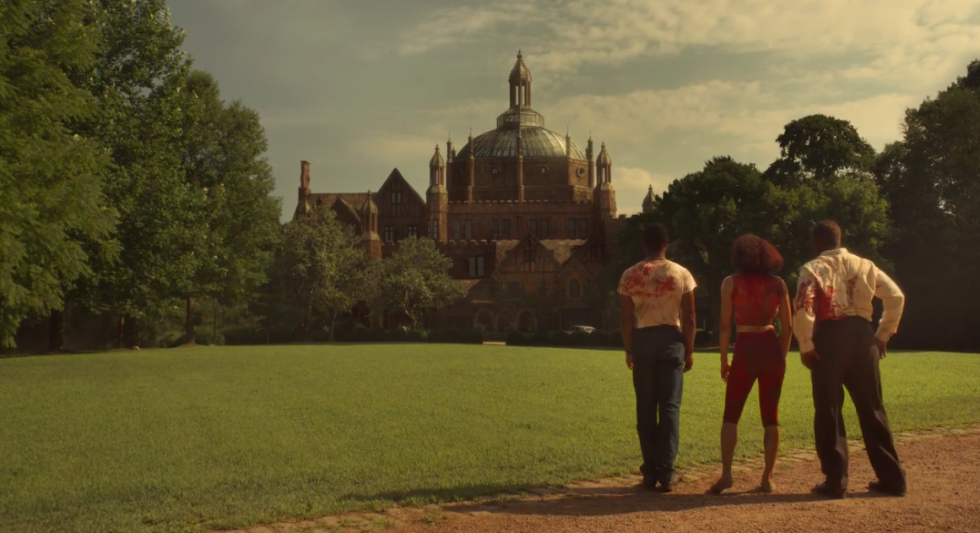 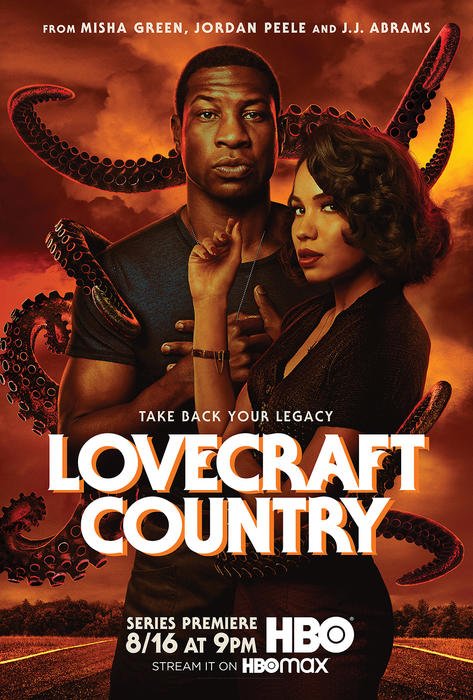 Lovecraft Country premiering on HBO August 16, 2020, is a different kind of horror than many people are used to. Sure you have the sprinklings of Eldritch Terror and Hermetic orders, which at HP’s core was fear of The Other. Deeper though, and what makes Lovecraft Country really sing is the insertion of Black Americans during Jim Crow America specifically as “The Other”. For some people, based on conversations I’ve had personally, this is difficult, not because of the pain of the characters and their struggles dealing with supernatural forces, but because this is a story that centers on people who aren’t White. Yes, Lovecraft Country subverts the White gaze, viewing horror and the supernatural through the prism of the Black Experience. If you think you’ll have a problem with that, this was never meant for you.

To hear some say it, politics and Horror don’t mix, but that’s coming from people who have clearly never understood horror so we know what they can do with their opinions.

Lovecraft Country begins in 1954 with Atticus “Tic” Freeman (Jonathan Majors) returning from his stint in the Army to discover his father (Michael K. Williams) is missing. Following clues sprinkled throughout his family history, he learns his lineage is full of magic and power. In any other coming of age story, this would make Atticus a powerful wizard capable of keeping the monsters at bay, saving his beautiful, if reckless girlfriend, and releasing his family and friends from the oppression of racist perceptions.

But Atticus is Black, and in the 1950’s he’s less than a man. Any potential power he may wield comes with shackles that stretch long into the past. To understand what he can do he has to fight modern wizards, monsters, ghosts, and good old American oppression. He works for his Uncle George (Courtney B. Vance), founder and a travel writer of The Safe Negro Travel Guide, a guide book for Black travelers on safe places to say and where to avoid.  Tic’s companion, because saying no to her is out of the question, is his childhood friend, Letitia (Jurnee Smolette-Bell), a wild free-spirit whose boisterous attitude lands her in a fair amount of adventure and peril. Together they’re up against The Sons of Adam, an ancient order of alchemists, wizards, and sorcerers, and its influence throughout the powerful. It’s hard to see what’s scarier, the every-day racism, or the possibility that The Sons of Adam are pulling the strings for a yet unknown showdown.

There’s sex (it’s HBO) and violence (HBO) and a few instances of the N-word (HBO), and all of that is more than acceptable for a primetime series, but you know what I really liked – no lynch porn! Often, stories involving Black Americans center around not only the oppression and racism but the pain and physical cruelty often in the forms of whippings, lynchings, beatings. It’s as if an audience needs to see Black bodies brutalized to understand their pain (pro-tip, you don’t). Lovecraft Country subverts this, removing the physical cruelty and instilling a harsh history lesson in segregation, pioneering, and the psychological trauma of being Black in America. In bright juxtaposition are scenes of the joy of Black Life: jazz clubs, house parties, family, and togetherness. It’s a vade mecum of the African American Existence, and accurate (through a fantasy-framed lens) into viewing a country that still wasn’t ready to acknowledge Blacks as more than property.

The point of Lovecraft Country isn’t to create a PC version of a popular aspect of HP Lovecraft’s work, or even an “accurate” Eldritch adaptation, and anyone that tells you that is just an angry, bitter fanboy who can’t stand not being the center of everything and we don’t care about them. If you think you’ll have a problem with Lovecraft adapted into anything other than page-to-screen cosmic horrors and secret societies, this isn’t for you and we’ll thank you to move quietly along.

There are discrepancies between Matt Ruff’s novel and the HBO series and that’s to be expected, however, these changes enhance the story, making it a richer experience for the additions and the subtractions you barely notice (if you’ve read the book, that is). Every episode is a full course of life, love, terror, and mystery that will keep you tuning in every Sunday for the next 10 weeks.

For my money, Episode 3, “Holy Ghost” is the most powerful of the initial episodes I’ve seen, when Letitia, a Pioneering homeowner, buys the old Winthrop House and the horrors of its previous racist owner ripple through her life and the lives of her tenants. Like all traumatic Black experiences, the terror only serves to strengthen the resolve of everyone involved, instead of frightening them off. What’s a ghost in the basement, when your neighbors are burning crosses on your lawn.

There’s a saying, “when you come for me, you best not miss” and it’s an indelible watermark on the episodes of Lovecraft Country. It’s hard to fear the metaphysical possibilities when the actual realities are so much worse, but every surviving character comes out on the other side so much stronger and harder to beat down.

Lovecraft Country is ambitious, and that’s sad to say that in 2020 because it doesn’t show Blacks fighting each other over drugs or prostitutes or territory – they’re fighting time and America for the opportunity to just be. The monsters and magic are just a bonus.

Lovecraft Country premiers on HBO and HBO Max August 16, 2020, at 9PM EST. It’s HBO so I don’t have to tell you there are swears, sexytimes, people getting beaten, people being eaten, people being shot, monsters, people turning into monsters, a magnificent conflagration, and Black bodies living their best lives despite all of that.