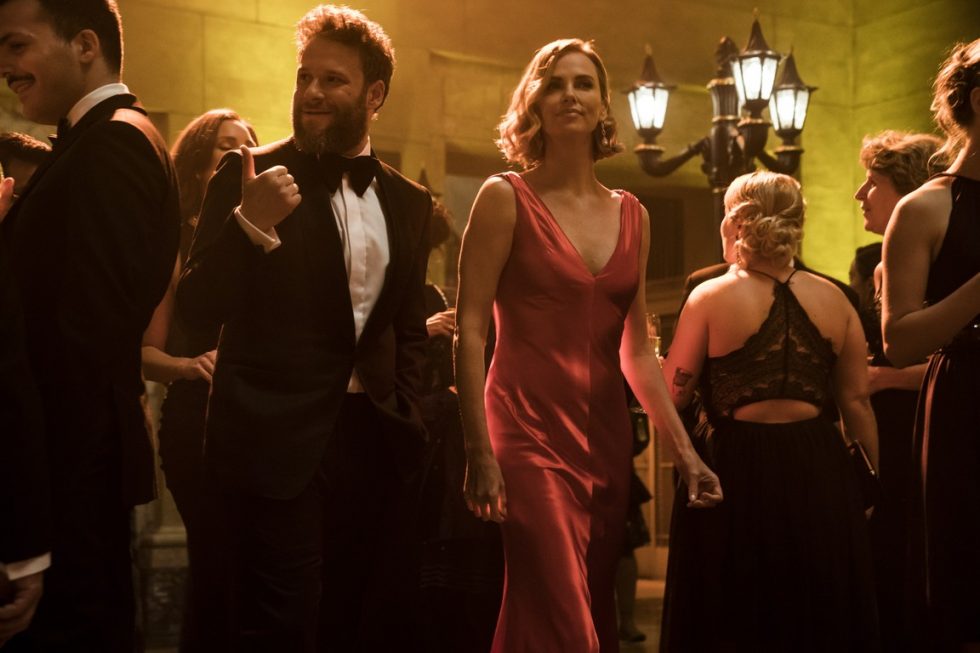 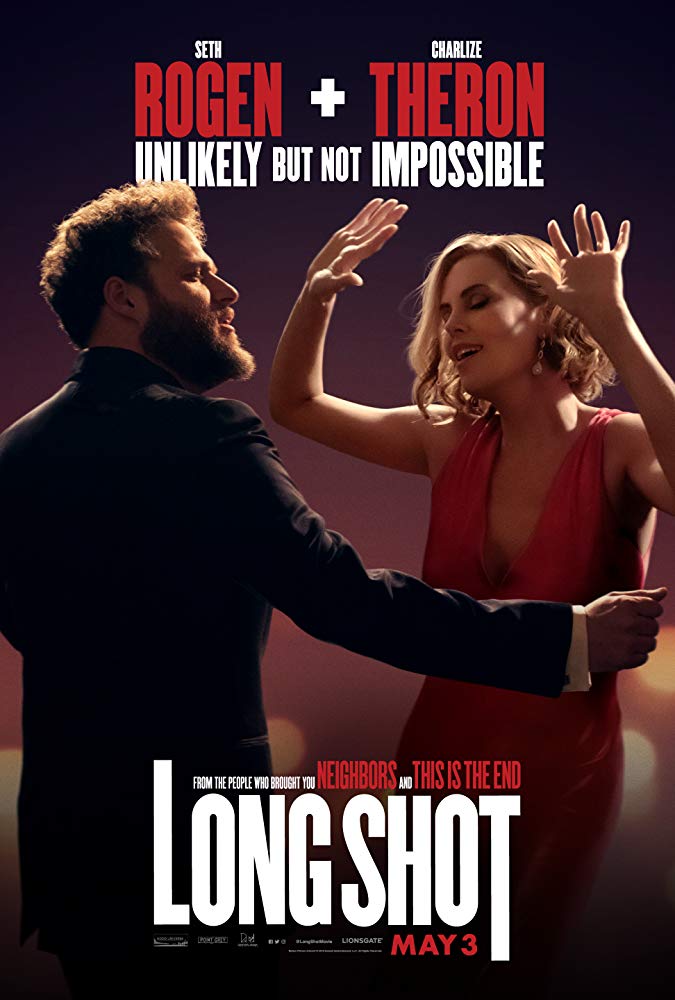 Charlize Theron carries this surprisingly hilarious romantic comedy from the Seth Rogen and Jonathan Levine producing team. In fact, it is so good, I’m confident that many “top ten romantic comedy film lists” will be re-written to include Long Shot.

Theron plays Charlotte Field, the current U.S. Secretary of State. When the President of the United States (Bob Odenkirk) declares he’s not running for re-election to pursue a career in Hollywood, Field announces her 2020 presidential run. Working against the presidential hopeful is her public image – hampered by her assumed lack of humor and “single” relationship status.

In a chance encounter, Charlotte is reunited with Fred Flarsky (Rogen). Fred is a newly-unemployed (and controversial) political journalist that Field used to babysit when they were young. Fred had always been enamored with Charlotte and her unflinching passion to fight for what she believes in. She invites Fred to join her campaign to write her speeches in which Fred reluctantly agrees.

Fred is clearly out of Charlotte’s league, but as the two begin spending more time with each other, the two can’t help but to develop feeling for each other. But this unlikely relationship is kept under wraps – as recommended by Charlotte’s closest aid Maggie (June Diane Raphael) – in fear that the scruffy Flarsky could ruin Charlotte’s political future.

The beauty in Long Shot is that the film wonderfully balances the raunchy-Rogen brand with an endearing and unlikely romance between two starkly different individuals. Much of that credit is due to Theron and Rogen of whom’s chemistry is undeniably natural because of their delightful, nuanced performances. Rogen, whose character could easily have gone full-tilt infatuation, subtly balances being lovestruck to a genuine adherence to his principals. Theron nearly upstages Rogen in any comedic entanglement, but it’s satisfying to watch the character grow from stalwart political figurehead to a woman comfortable being herself.

Long Shot is a sure thing for both women and men. Don’t be afraid to make a date night out of this one.

Long Shot is streaming now on the following services:
Powered by JustWatch