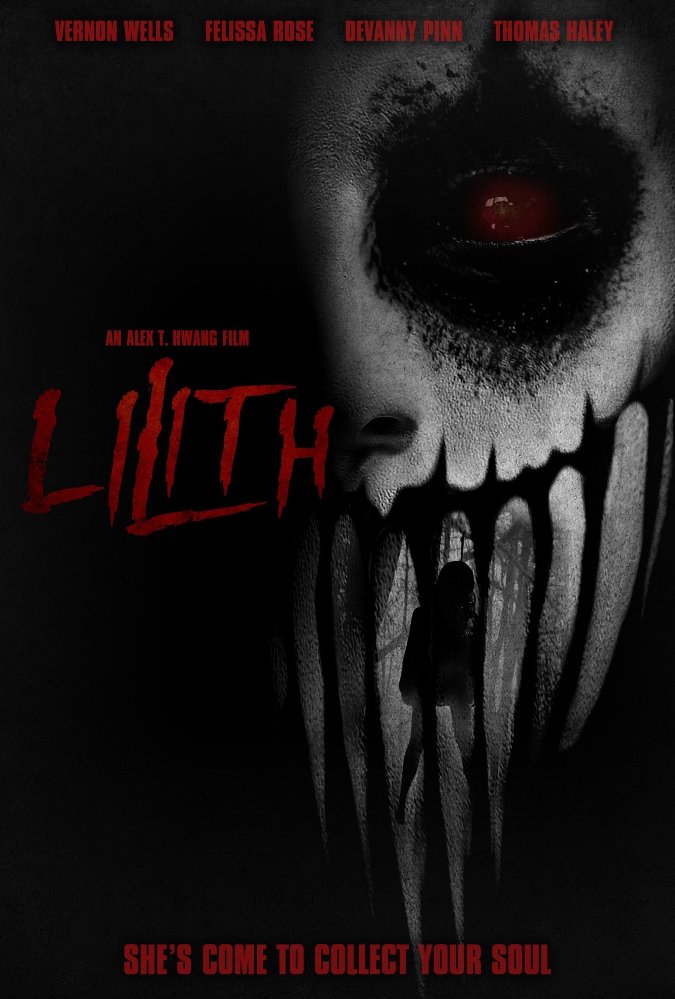 Lilith: A Horror Anthology (2018) has the aspirations to be a lot of things, but it’s too busy to be any of them.

In what is billed as an anthology horror series, Lilith is four sorta connected tales that want to be about girl power, vengeance, and the consequences of men being bad. It also manages to find the ickiest (and by icky I mean pandering) ways to get its point across, and were the movie marginally cohesive, it might have worked in an edgy auteur sort of way. Instead, it comes off as a jumbled mire of unfortunate tropes and cheap resolutions.

A suicide/blackmail plot, a war criminal bargains with Lilith (I don’t know why), a married man cheats on his wife, and a serial killer who likes shoes but picks up the wrong victim. Then there’s a theoretical exorcist priest working with a cop to exorcise Lilith, I guess from Lilith, and that whole thru-tale strains at the loose bonds of credibility  – because how do you sedate a demon and then tie up who is essentially a demon to exorcise the demon? It’s not explained because there is no logic train that leaves that station.

I will never knock indie films for low budgets and making the best of what they have, but first, they need a script that makes sense. You have to give us “something.”  Lilith is bogged down by eye-roll-inducing dialogue that should be pointed and snappy and doesn’t even ascend to comical. The scene setups aren’t believable as everyone is winking at the camera. I don’t know who talked the director into the JayCees Halloween makeup for the “demon Lilith” but they should have followed the adage of “less is more.” Strutting around in Wish-quality fetish gear, Lilith is at least inconsistently inconsistent, but that’s the fault of the director and the script, not of actress Felissa Rose, or anyone else that was caught up in this movie. Lilith can’t decide what kind of avenging demon she wants to be, which is a problem when everyone starts dying. It also can’t decide what kind of “demon” Lilith should be since it’s clear other than the most superficial of google searches, not a whole lot of research was done.

That makes the 82-minute runtime of Lilith feel eternal. It’s not an anthology, which suggests 4 standalone tales with a common focal point. It’s a long-form film project that could have been condensed to less than 30 minutes to spare the audience many, many scenes of demon facing victims and talking each other to death.

In case I’m not being clear – this is a do not recommend.

Lilith: A Horror Anthology is streaming now on the following services:
Powered by JustWatch