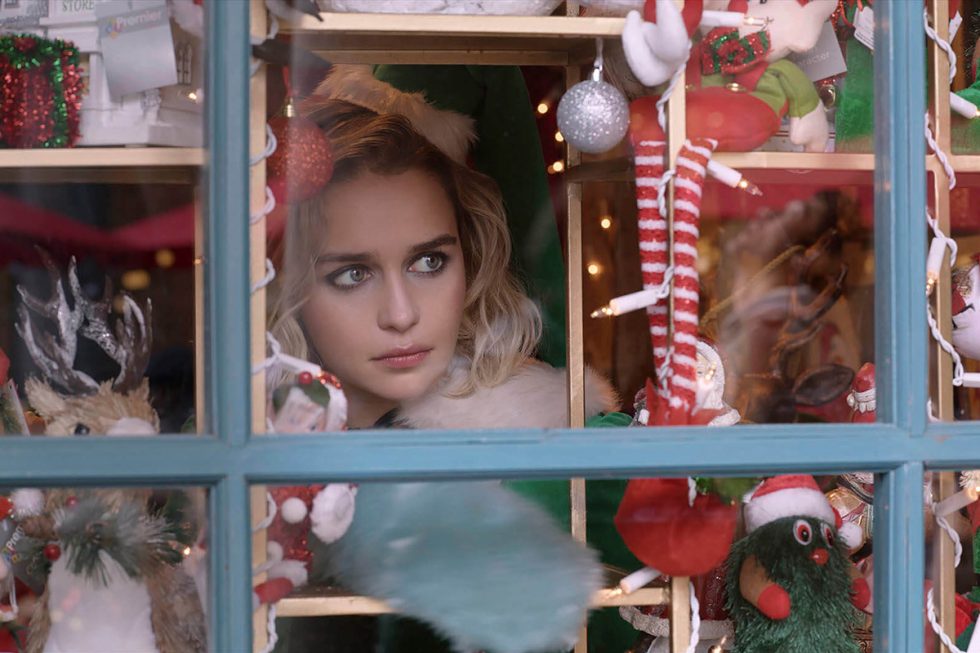 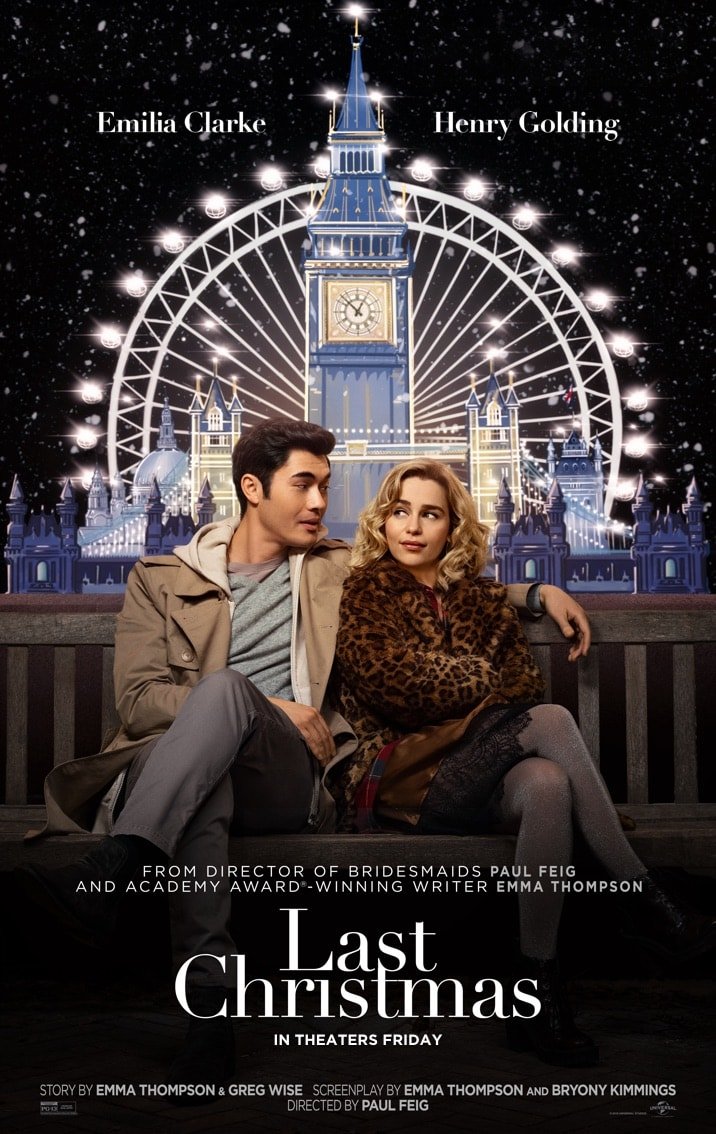 Every year, cable channels begin running those 24-movie marathons about displaced city girls forced to move to God’s country and revert to simple ways, and while they’re struggling with “values” and “morals and running the family bow-making business. They will meet a lumberjack or librarian or molasses farmer they can’t stand because he’s so nice or kind or suffering a traumatic brain Injury, and through some miracle of faith or mental breakdown of will, the women decide they could stand to slowdown to a death’s pace and live life simply, as the Christmas spirit intended.

Last Christmas starts that way, with Katarina (Emilia Clarke) living life on the margins. She’s couch surfing because she just can’t stand to live at home anymore, all while chasing a dream of being on stage and performing. She supplements her income as a shop elf in a year-round Christmas store, run by Santa (Michelle Yeoh), who runs her shop with a love of the season, if not entirely for her customers. Kate is at loose ends, straying with friends until she burns those bridges, not keeping up with her health after surgery, and generally forgetting that other people exist. She meets Tom (Henry Golding), a young man who, like all men in made for cable movies, invites her to slow down just a little and dial down the cynical sarcasm. He’s a grounded optimist looking for the good in all things and his “live and give happiness” attitude strikes Kate as weird and off-putting.

Here’s the thing that sets Last Christmas from the fluff on cable – Kate is relatable, unlike those high-powered professionals forced to make mooseberry pie for the annual Winter Queen Pageant, or whatever contrived nonsense the “writers” come up with, she’s not a terrible person, just a little thoughtless. She doesn’t need to slow down and enjoy life – she just needs to see what else is out there. Kate isn’t malicious or underhanded, and Emilia Clark plays her as very human and self-focused. Emma Thompson plays her mother, Petra, a Yugoslavian immigrant who’s overbearing, protective and just wants the best for her daughter. It’s both touching and infuriating, like all mothers. Henry Golding is Tom, enigmatic who encouraged Kate to love what she has and be grateful for all of it.

Last Christmas is also a tribute to George Michael, as his greatest hits weave in and out of every scene. The title is the whole movie and that’s okay because, in the end, this is a Hallmark channel Christmas movie for the big screen – if Hallmark bothered to hire writers with imagination and humor. It’s worth seeing with family and girlfriends and moms and besties because it’s a smart happy movie you can laugh with without feeling dumber for it.

I liked Last Christmas because it didn’t fall to extreme tropes.  Don’t get me wrong, you have an idea of how this is going to end, and there’s a great scene just before the reveal where the character mentioned exactly that, but I don’t think you’ll see how it unfolds, and that’s the beautiful kicker. It’s well-told, and that’s so surprising for movies like this.

Last Christmas is Rated PG-13 for swears, catching poop in the eye, poor eating habits, and implied sexytimes. That’s it. It’s a movie you can see with your mom, and I think that’s kinda neat.

Last Christmas is streaming now on the following services:
Powered by JustWatch