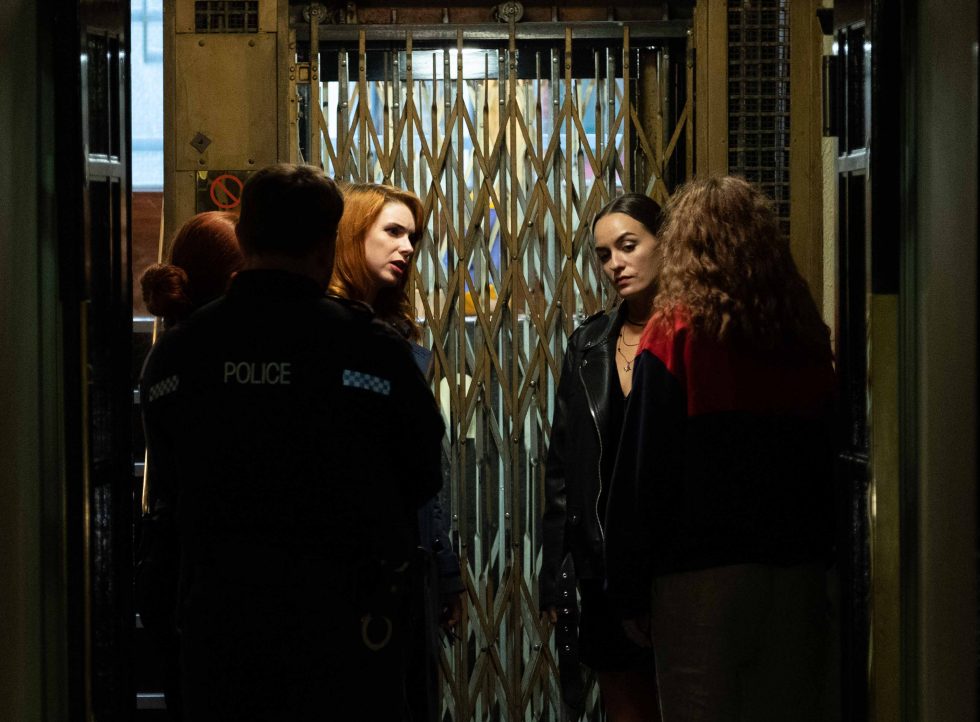 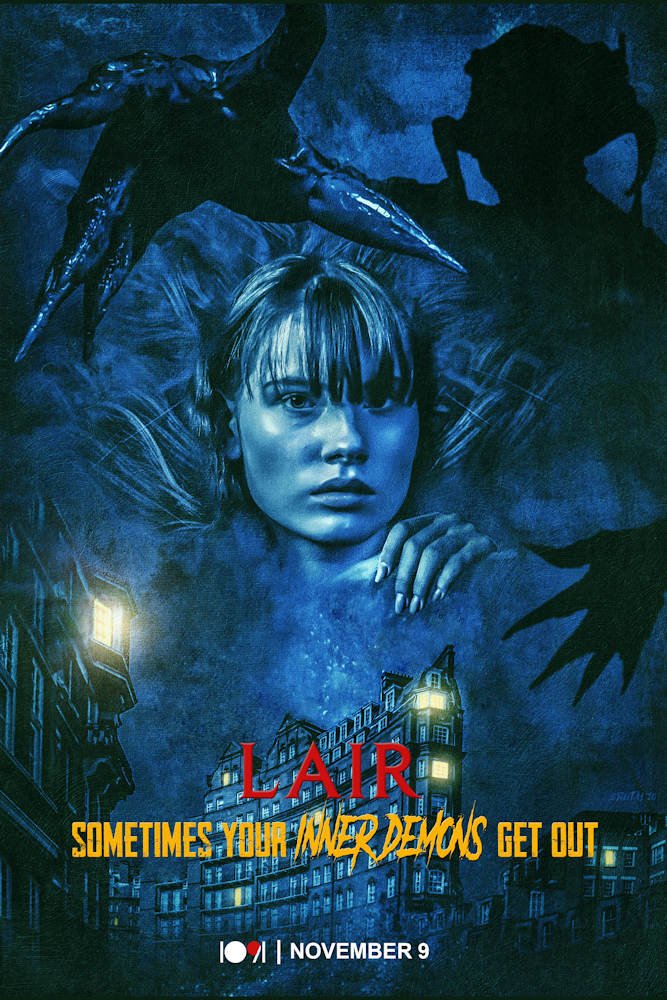 Lair (2021) is, to put it kindly, jumbled. It’s not quite a found footage film. It isn’t a ghost film. It’s doesn’t work as an inspiration for blended families. There isn’t even a lair.

Lair sort of opens with a double murder, and then a jail cell confession between the alleged murder, Ben Dollarhyde (Oded Fehr) and Dr. Steven Caramore (Corey Johnson), who is supposedly a professional occult debunker or skeptic, though there is nothing over the 96 minutes that proves his expertise, other than a storage locker full of “artifacts.” I mention Oded Fehr because he’s the most intense part of this film, and the film opens with his actions, but we never see him again.

Rather than try to explain the finer points of Lair, I offer you this exchange between Dollarhyde’s attorney, Coulsen (Alexandra Gilbreath), and Dr. Caramore:

(Coulsen) “You don’t think I don’t know you inspired these murders. Believing the best way to research an item you thought satanic-possessed – cursed, was to place it inside my client’s home, sit back and wait for the paramedics and press to come calling.”

(Caramore) “Lady your story has more holes than a block of Swiss cheese at a hooker convention.”

And yet (sadly) that’s exactly what this movie is about. In some misguided or psychotic effort to either prove his friend’s demonic possession or profit from it (could also be both), Caramore rents out his late father’s apartment as a vacation rental in London (sure). He places supposed possessed artifacts where they can be touched or handled and then litters the apartment with surveillance cameras (fine), for science, you assume. He rents to a couple on holiday, straight-laced suddenly lesbian Maria (Aislinn De’ath), and hard-edged been around the block Carly (Alana Wallace) with Maria’s two children, teenager Joey (Anya Newall) and precocious pre-teen Lilly (Lara Mount). They certainly packed their dysfunctional baggage as well, and a lot of downtime is spent quipping at each other, arguing over how Joey is raised, and maybe attending the Pride festival

Here are where things really go off the rails, especially in terms of story and pacing. When the “possessed” items don’t negatively influence anyone fast enough, Caramore swaps them out for what might be items with 20% more evil because as a skeptic who has worked murder trials (you know, like the Warrens) he clearly knows that’s exactly how satanic items work. How this is meant to prove possession isn’t clear, but he has his Haitian sidekick, Ola (Kashif O’Connor) to completely ignore in such matters. Meanwhile, due to the stress of the Pride festival they’re attending, relationship issues, and socially incompatible adults, Maria and Carly find their own animosity fueling the Bad Items, but it still takes an hour for anyone to actually die.

And that’s a problem with Lair – nothing happens. The title doesn’t even fit. Nothing possession or ghosts, other than terrible people who don’t know how to communicate. It’s a lot of tension built-up with arguing and suggestions of potential violence but very little payoff. The story could be about the artifacts, but we don’t know where they came from or why they’re creepy. Are we supposed to be focused on the broken family? How big is this apartment? Since the story can’t even focus on Dollarhyde’s crime and predicament as a convicted murderer, there is no center. There are too many small pieces that don’t fit together and at points seem confusing for the sake of it.

The string of one-liners coming from Dr. Steven Caramore must seem clever and punchy if your intellectual development atrophied at the age of 12, but his dialog is literally every meme and comeback in your bird app, but delivered by someone who desperately wants to be cool. It sadly makes up his entire character. He’s the personification of seven rats in a trenchcoat with far less personality.

To not be a complete downer, there is snappy gore and the practical effects are rather nice. As far as a monster or creature or ghost – we never really find out or see it until the end, but by then we’re sort of rooting for it. These are terrible people and they aren’t dying fast enough.

And then there’s the last 30 seconds, with its final “twist”, and looks and sounds like pages from another screenplay were accidentally shuffled in and no one noticed. Or cared.

Lair (2021) is unrated but we’ll call it an R for people getting slashed, gutted, and dropped from 5th floor windows. That’s it, that’s the movie.

Lair is streaming now on the following services:
Powered by JustWatch