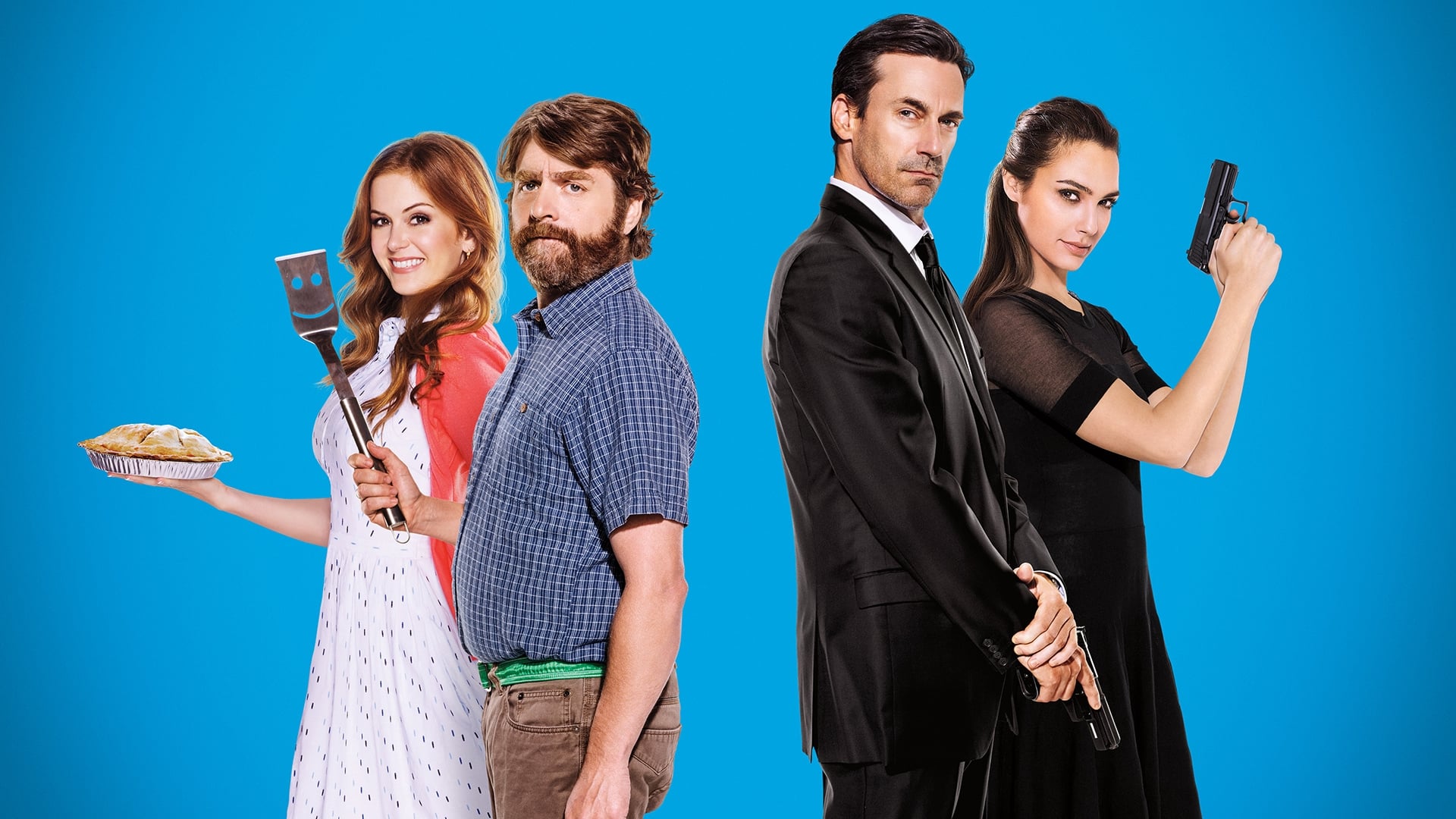 Keeping Up with the Joneses Movie Review

Keeping Up with the Joneses Movie Review Metadata

Keeping Up with the Joneses Movie Poster 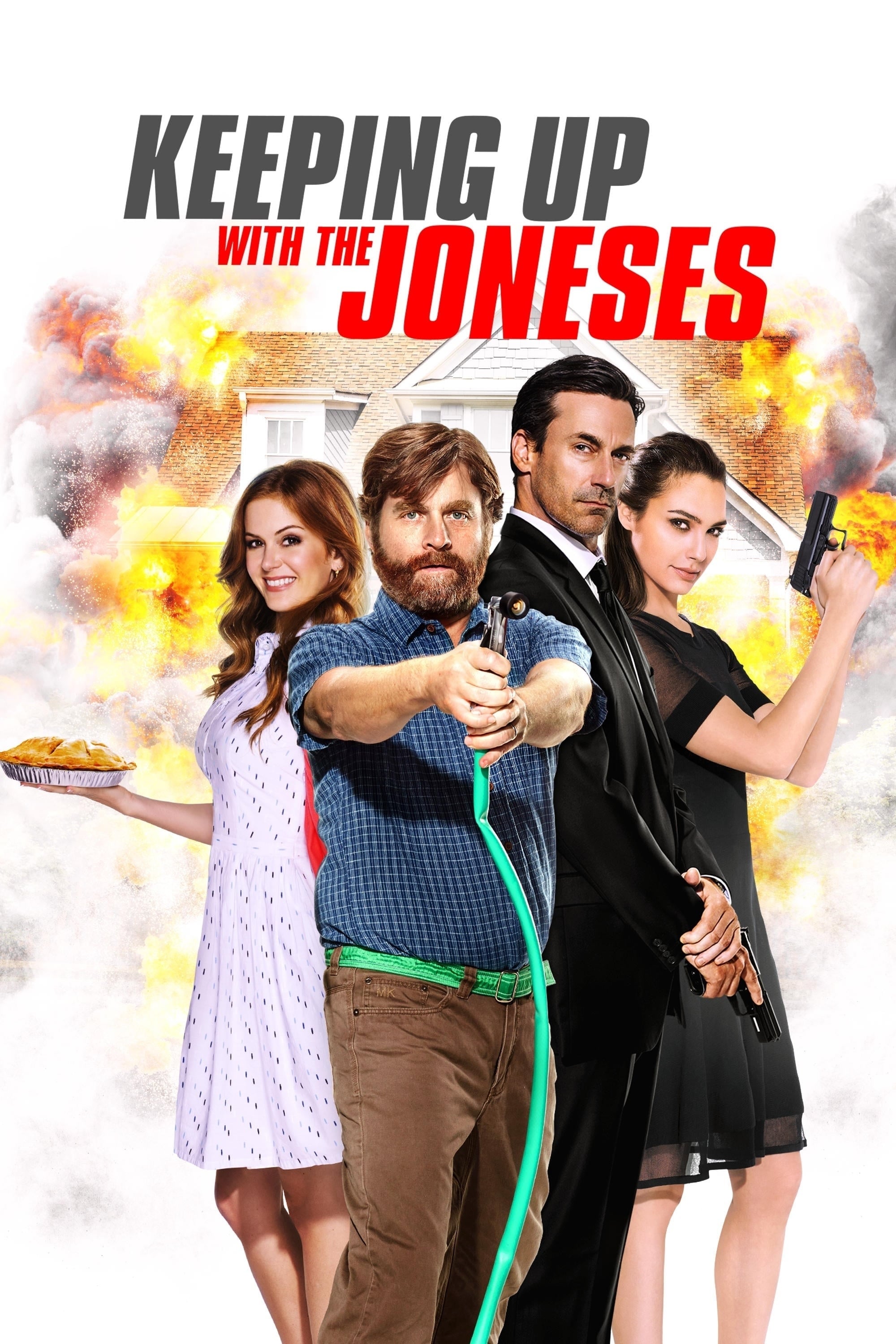 Keeping Up with the Joneses Movie Metadata

Keeping Up with the Joneses

Keeping Up with the Joneses External Links

Keeping Up with the Joneses Movie Trailer

Keeping Up with the Joneses Movie Tickets

After a very quiet 2015, Zach Galifianakis has been quite active this calendar year. Just a few weeks ago Masterminds was FINALLY released. Due to studio financial difficulties, the comedy was shelved from its original release of August 19, 2015 all the way to September 30 of this year. He also stars in the FX comedy/drama Baskets which had its first season early this year. On top of that, he once again provided his voice talents to a recurring character on Fox’s Bob’s Burgers as well as appearing in the Seeso online parody comedy series Bajillion Dollar Propertie$. Depending on your avenues for entertainment, you may have seen a lot of him. Back to more practical projects, Galifianakis looks to continue the giggling gravy train with his new comedy, Keeping Up With the Joneses.

Jeff Gaffney (Zach Galifianakis) leads a quiet uneventful life with his lovely wife, Karen (Isla Fisher). The happy couple live in a quiet corner of suburbia where the biggest drama might be someone not cleaning up after their dog. The Gaffney’s get a little alone time when their children have gone away for a few days. This allows the two to “get a little crazy” by enjoying their newfound independence. During this time a new couple moves in across the way with Jeff and Karen becoming instantly curious. This is high excitement in this particular neighborhood. The new mystery couple appear as they’ve just stepped out of a modeling magazine, perfect in every way.

Enter Tim (Jon Hamm) and Natalie Jones (Gal Gadot), the new picture perfect neighbors. These two look as though they just stepped out of a fashion magazine and into a Disney Prince Charming fairytale. To the Gaffneys, the Joneses appear as everything the two of them secretly strive to be. These two are perfect in every way imaginable. We’ve all heard this saying before, when something is too good to be true it probably is. There you have it folks. Spoiler alert: This new couple is definitely hiding something, but what? You’ll need to actually watch Keeping Up With the Joneses to figure out because [insert sarcastic font] there’s no way that the commercials would give that away…[end sarcastic font]

The answer to that question is where all of the fun is in Keeping Up With the Joneses. Just the physical differences alone are enough to make you chuckle (just look at the photo at the top of this article). With Zach Galifianakis (The Hangover trilogy) you know exactly what brand of comedy you’re going to get. He’s the hapless bumbling fool. Not much has changed here, except maybe one thing. He’s gone under a major transformation from a weight perspective. At times he’s barely recognizable. Isla Fisher (The Brothers Grimsby (2016)) is markedly better in this role than she was in her last one with her real-life spouse Sacha Baron Cohen. And her transformation from conservative housewife to…well you’ll see, is breathtakingly amazing. Jon Hamm (AMC’s Mad Men) provides his familiar ruggedly handsome good looks as well as his surprisingly well-timed humor. Then there’s the wonderful Gal Gadot (Batman v Superman: Dawn of Justice (2016)) who just strides with elegance throughout and kicks butt when necessary. Matt Walsh (HBO’s Veep) and Patton Oswalt (ABC’s The Goldbergs) are two others that join the neighborhood block party.

Keeping Up With the Joneses tries as it might to take itself seriously as an action comedy (if that even makes sense) but there isn’t enough to make it a memorable experience or differentiate itself from the countless movies before it. For the majority of the time watching this, it feels like it’s just taken from some script template handbook because there was nothing much by way of originality or over the top humor. The comedic style that is attached to Galifianakis has begun to get stale. It’s like same schtick, different day. There are a few feel good moments as well as a few genuine laughing moments but not enough to make this recommend-worthy at non-matinee prevailing rates. This comedy is better suited for in-home laughter.

Keeping Up with the Joneses is streaming now on the following services:
Powered by JustWatch