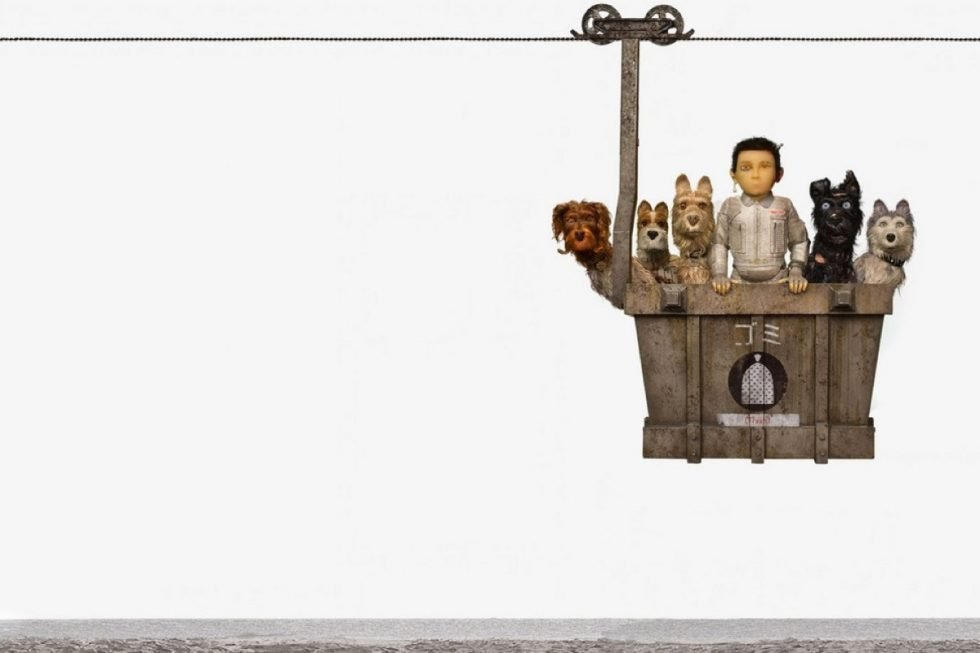 Isle of Dogs puns into “I love dogs.” The film is Wes Anderson’s love letter to man’s best friend, but also one that makes multiple incidental statements about the current political climate: Bigotry and authoritarianism in the highest offices of government. Young people vs. the people in power. But as much as it is a rallying cry for justice on many fronts, it’s also the most enjoyable and comfortable film I’ve seen in ages. I melted into a smile.

The visual style and practical low-key effects from Anderson’s Fantastic Mr. Fox carry over into his latest work, but the humor, while still uniquely dark in places, is more reminiscent of the pun-filled Wallace and Gromit films. The film follows a pack of “alpha dogs” on a floating island of garbage, just off the coast of Japan. The setting is oddly beautiful and something out of a fantasy world. This is Anderson’s esthetic on full display, turning the repulsive into charming symmetric set pieces. The dogs are exiled there, as is the entire canine population, because of an outbreak of dog-flu.

Anderson partnered with Kunichi Nomura to write the script that combines Japanese and English languages. Subtitles are rarely applied as the animated performances speak volumes, and any necessary speech is communicated to the viewer in very clever ways. Nomura also voices Mayor Kobayashi, the authoritarian leader insistent that all dogs are irredeemable dangers to the public. He suppresses the scientific community and dismisses any attempt to cure the disease. He must be a cat lover.

The pack of scraggly dogs includes the voices of Bryan Cranston as Chief, Bill Murray as Boss, Edward Norton as Rex, Bob Balaban as King, and Jeff Goldblum as Duke. The group is fairly democratic, but Chief is ordinarily the odd man out despite his natural alpha status. Their lives are changed when a small boy named Atari (Koyu Rankin) crash lands on their little island. After brief deliberation, and Chief once again on the losing end, the dogs decide to help Atari. The boy is searching for his pet Spots. He is also the nephew of Mayor Kobayashi. Dodging attempts by his uncle’s henchmen to “rescue” him, Atari and his new pack of canine friends set off on their search for Spots and uncover a new, more sinister plot against the Isle of Dogs. Atari’s desperate hunt inspires a revolution against his uncle’s regime, led by an American foreign exchange student Tracy Walker (Greta Gerwig).

Isle of Dogs is one of those films that after you watch it you’re immediately thankful it exists. Having been in development for a number of years, it’s quite shocking how relevant the film is in relation to the issues overwhelming our lives these days. Anderson with his quirky masterful storytelling, a talented art department and stable of actors eager to work with him, reminds us that at the end of the day, our furry friends are always there to comfort us. Fetch this one at the cinema.

Isle of Dogs is streaming now on the following services:
Powered by JustWatch