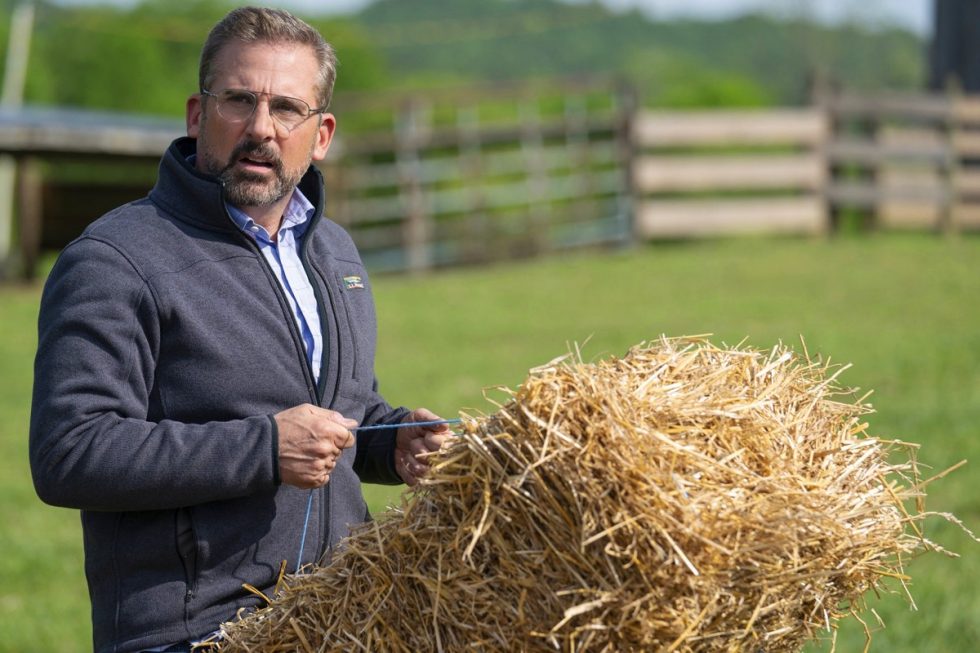 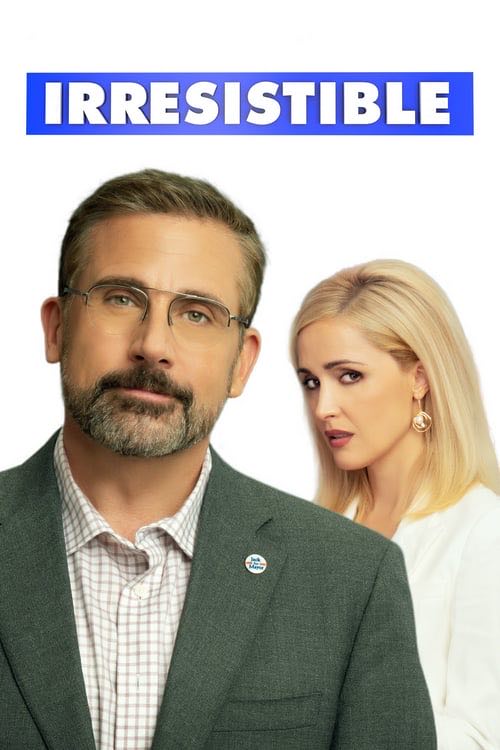 Jon Stewart’s departure from his long-running political comedy show to begin directing feature films hasn’t produced the library of cutting satiric political commentary fans of “The Daily Show” had hoped to receive. While 2014’s Rosewater, a good depiction of political repression, introduced Jon Stewart the Director, the film was entirely unexpected. Stewart follows with his second feature film, Irresistible, a more Stewart-esque comedy with an unexpected twist, albeit of zero consequence or shock.

Stewart re-teams with “Daily Show” correspondent/alumnus Steve Carrell, whose charm and comedic presence allows the film to churn along. Carrell plays Gary Zimmer, a D.C. Democrat election strategist who happens upon a viral video of Jack Hastings (Chris Cooper), a retired veteran from Deerlaken, WI. In the video, Hastings disrupts a city council meeting to defend democracy and immigrants in the vanishing town. After having suffered an embarrassing defeat running Hillary’s campaign, Zimmer seeks new energy and opportunity in heavily Republican, small-town America. With a nudge from Hastings daughter Diana (Mackenzie Davis), Zimmer convinces the veteran to run for mayor, inspiring a cadre of local supporters that captures the RNC’s attention, led by Faith Brewster (Rose Byrne). Zimmer’s and Brewster’s constant one-upmanship eventually explodes onto the national stage ushering in obscene fundraising and shameful political tactics.

I won’t reveal the final plot twist, but vaguely put, there’s a man behind the curtain exploiting the election machine to their advantage. And while that twist offers the “aha” moment the film is sorely lacking, the weight of its influence on our real-life political atmosphere is of little effect. Stewart himself relies on the film’s credits to deliver that “could this really happen” fact-check, but neither the story nor its credits are all that shocking. For political satire, that is the nail in the proverbial coffin. And because none of this absurdity will surprise anyone, Stewart had better have written one hell of a knee slapper. Irresistible is not devoid of humor, but it’s fairly lightweight and not ground-breaking material. So why spend your afternoon streaming it?

Irresistible is streaming now on the following services:
Powered by JustWatch