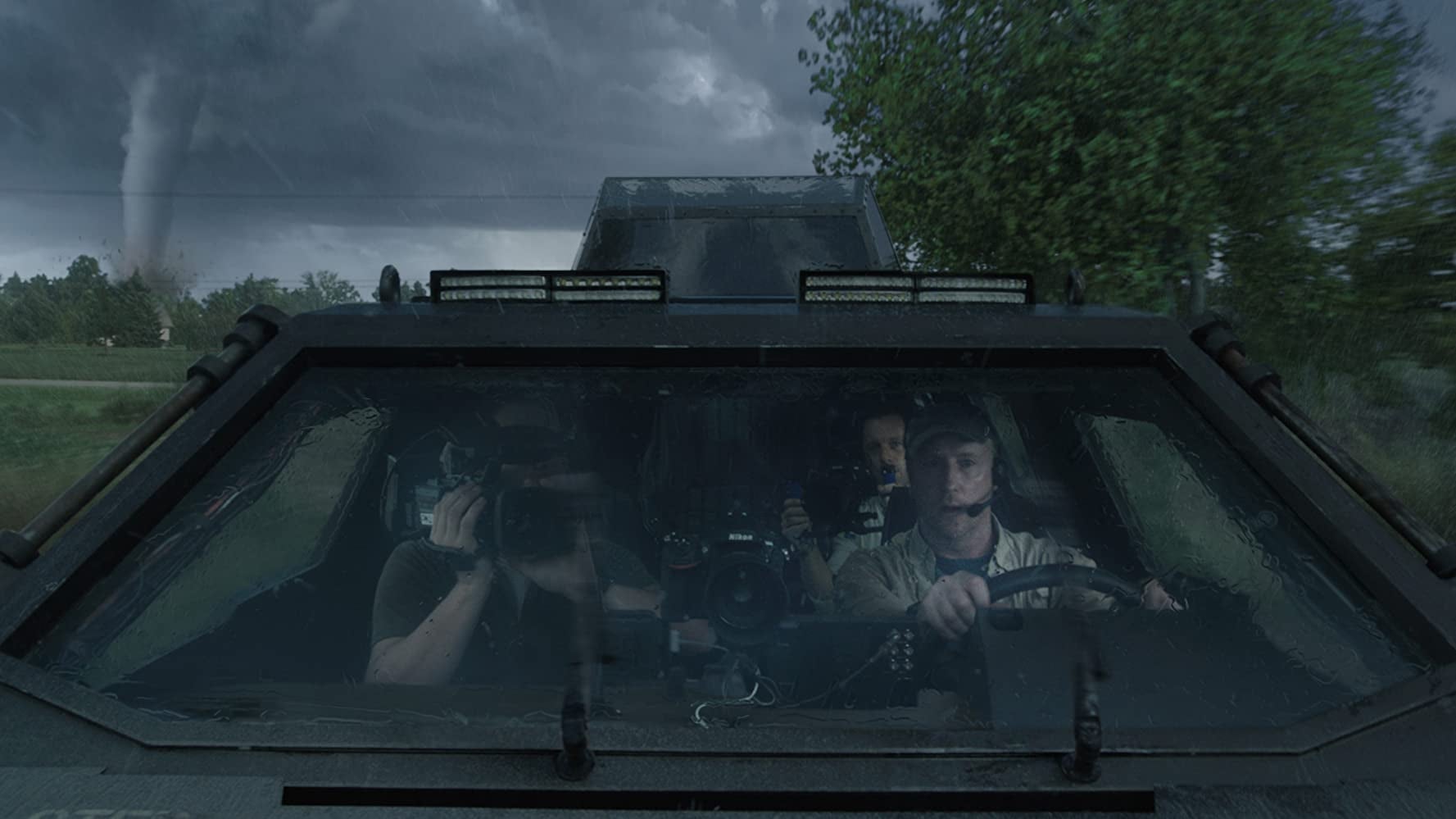 Into the Storm Movie Review

Into the Storm Movie Review Metadata

Into the Storm Movie Poster 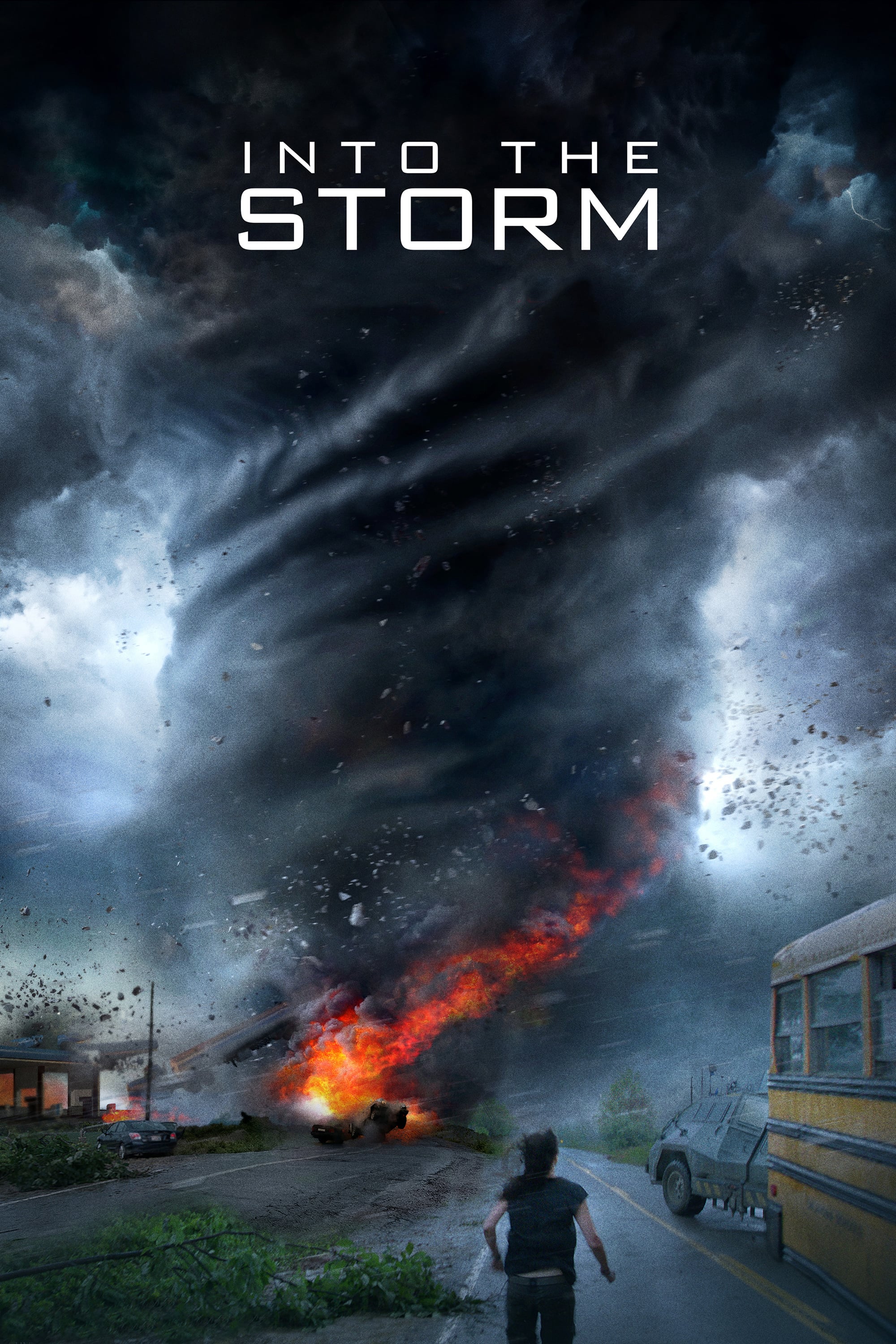 Into the Storm Movie Metadata

Into the Storm External Links

Into the Storm Movie Trailer

Into the Storm Movie Tickets

Into the Storm is the latest evidence of this phenomenon. The bulk of the story takes place over the span of a single day in the small town of Silverton, OK. On this fateful day most of the town’s residents unwillingly come face to face with their greatest fears while others actually seek out these whirling winds of peril.

Into the Storm starts off at night with four teenagers in a vehicle having a good time when out of nowhere a tornado abruptly cuts their fun short. This opening scene is to provide a grim foreshadowing of what’s to follow. The movie then moves to daytime where graduation day has arrived for the local high school. There are reports of an incoming storm but with the important events ahead warnings are brushed off and ignored. A somewhat dejected team of storm chasers filming a documentary reluctantly roll into town in the hopes of capturing some tornado footage. Up until this point they’ve had no luck in their previous outings are are close to having their funding stopped.

There are several subplots going on which all end up intertwining throughout the movie. And quite predictably I might add. That’s one of the issues with Into the Storm. Surprises are few and far between as you can see what’s coming from miles away. The acting is also a bit clumsy at times and the cheesy dialogue magnifies the problem. Movies like Sharknado can get away with this deficiency because it’s quite clear that audiences aren’t to take it seriously. Into the Storm presents itself as thriller that is more on the serious side.

It’s unfortunate that the writing and some of the acting wasn’t tightened up a bit because the special effects were pretty spectacular. These tornadoes were some of the best and most terrifying ever to put on screen. They even went as far as having several different types of tornadoes just to keep things interesting and fresh. Another opportunity missed here was 3D. With all of the flying debris and the multiple tornadoes this would have been one of the few movies that 3D actually fits into and doesn’t feel like just a money grab.

The budget was most likely the reason for the lack of 3D but sometimes you have to spend a little to make a lot. It’s a gamble for sure but if you’re hoping to make a movie that people want to see you need to separate it from others that have walked the same path. The runtime is relatively short at 89 minutes so it’s pretty much go go go. Unfortunately with that being said there isn’t enough time to become attached to the characters so caring about their fates just isn’t an option. The only two that come across as charismatic and/or interesting are Donk and Reevis. Think of them as the village idiots. They provide Into the Storm with actual comic relief and it’s on purpose, not with hokey lines and over dramatic acting.

There is definitely a certain entertainment value to Into the Storm but it is also flawed to the point that you’re more glad than sad it’s finally over. If you love storm movies then this should scratch that itch. Otherwise I’d say just catch it on video because there are no compelling reasons to rush out and see it on the big screen.

Into the Storm is streaming now on the following services:
Powered by JustWatch