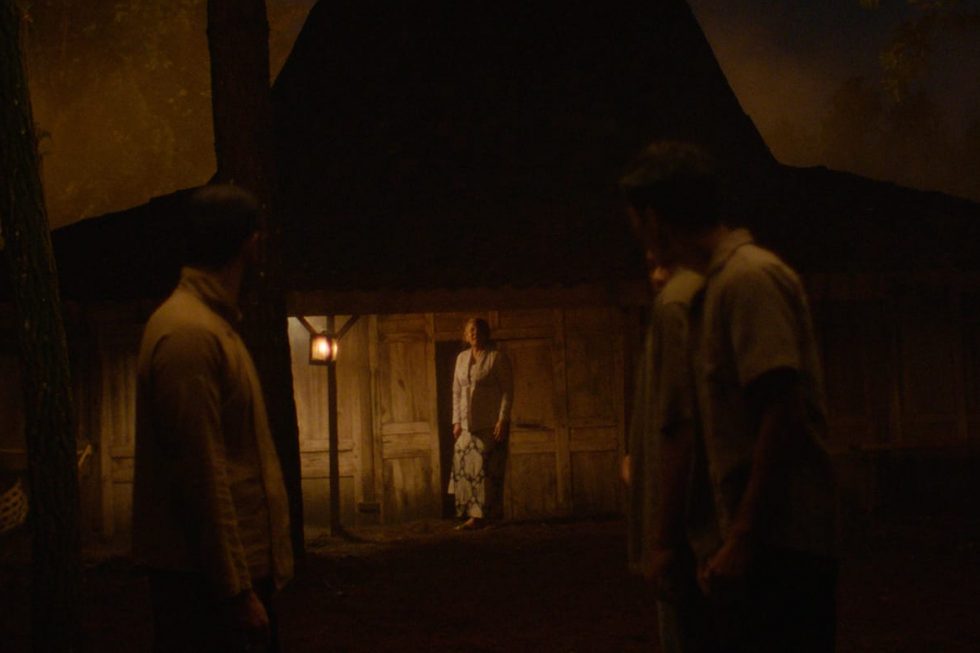 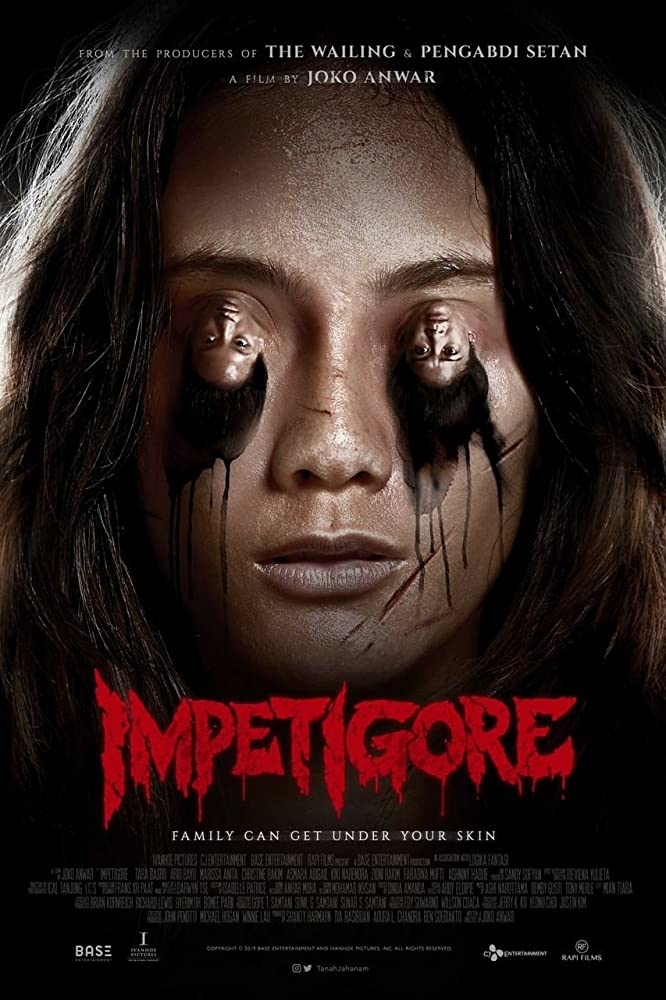 I love ghost stories from other lands.  The things that constitute a curse or perpetual haunting differ from one country to the next, and I love to see the actions of people that create avenging spirits. When foreign ghost stories are well done, like Impetigore (Perempuan Tanah Jahanam) (2019) you’ll see them pop up on Best Of lists for years to come.

After an unprompted attack Maya (Tara Basro) discovers she has an ancestral home in a rural town she doesn’t remember. Deciding to take a chance on possible wealth rather than continue to lose money on an unprofitable stall in a market, Maya’s best friend Dina (Marissa Anita) tags along for an adventure, hours into the countryside. Seeking their fortunes in a place so remote it takes a horse-drawn cart to get there, and yet not so “modern” they look down on the villagers when they arrive. American movies always have the “protagonists mocking the locals and it leaves a bad taste.

Upon arrival, the homestead is abandoned and everyone is acting strange. What Maya and Dina find out about her past, the village, and the last 20 years is another adventure neither may survive. There is a curse, and she’s both the epicenter and the possible, unwitting cure. Looking for answers and rambling around her family’s abandoned and dilapidated homestead in a village devoid of young voices, Maya discoveries not everything is as it seems and the truth is far worse than the myth.

With practical effects and a remote location, nothing about Impetigore feels low budget or even foreign. One thing I didn’t expect from Impetigore was is a level of sophistication and timing I fully expect (and am often left lacking) from larger budget Hollywood films.  This is really well written. Many low-budget, foreign horror films, are missing in either writing, or acting, or set design, or worse – effects. Impetigore is clever, funny, and suspenseful and the story as written feels universal as if this plantation-style curse could happen anywhere, be it the rural villages of Indonesia or the foothills of the Appalachians. Even when you’re expecting the usual run of treachery and backward customs of the locals, no one here is portrayed as ignorant or simple – which I know sounds horrible classist, but I‘ve watched a lot of low-budget Asian films and I’ve come away feeling like I watched a good effort, or the characters needed to be wide-eyes innocents, too simple to survive a walk across a parking lot

There is more than enough story and plot to keep even the most jaded person interested. There something about ghost stories that sets them apart from slashers or even general thrillers.  Ghost stories don’t rely on screaming people getting stabbed or lots of running around and hiding. The dread of the story, if it’s a well-written story, makes every dark corner a potential well of fear. Impetigore never makes the mistake of dragging out the exposition, carefully placing the flashbacks and information with the appropriate storytellers. There is the usual creepy kid dread and ominous whispers from complete strangers, but it sets the mood instead of serving the cheese. What running, screaming, and blood director Joko Anwar does not indulge in titillation and gore for the sake of it. He respects his audience and has crafted a story with beautiful effects and a sad if macabre backstory.

Do not let the subtitles put you off. This is a subtitled Indonesian horror film, and if you need an English dub because you don’t “read” movies keep walking. Impetigore isn’t for you. This isn’t a film given to long sentences and expository drops so catching the subtitles as the scroll shouldn’t be a hardship under normal circumstances. Told in a mix of Javanese and Indonesian, which native English speakers wouldn’t pick up but I mention because I see it mentioned, the juxtaposition of old and new creates a jarring effect, as mixing old curses and modern sensibilities. Maya and Dini, though city girls, never act in a way that says they deserve what horror awaits them and it’s refreshing, Horror happens to everyone, even when you don’t deserve it.

Impetigore is streaming now on the following services:
Powered by JustWatch