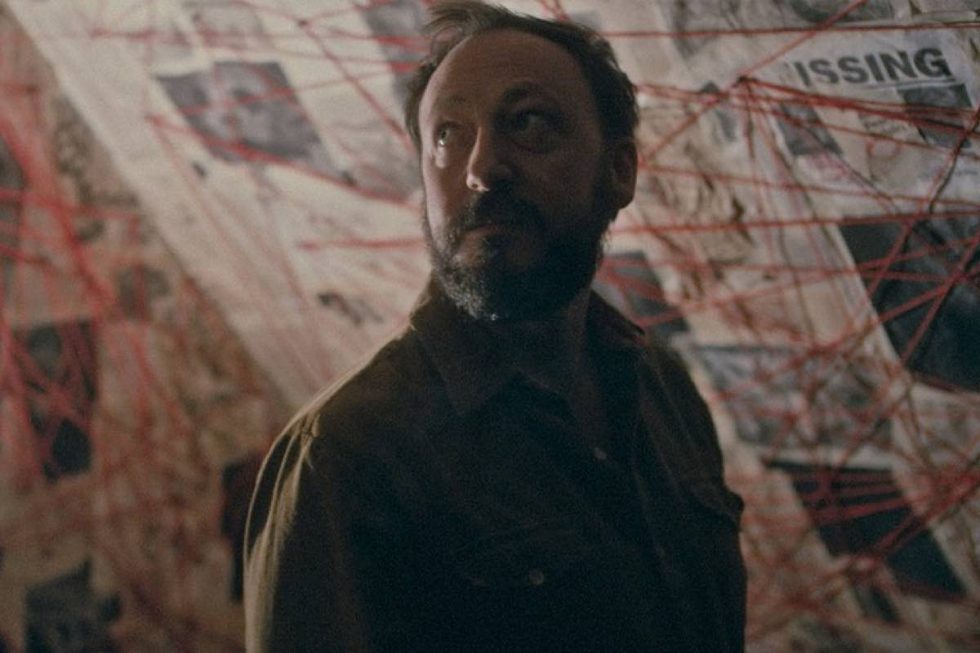 I Trapped the Devil Movie Review

I Trapped the Devil Movie Poster 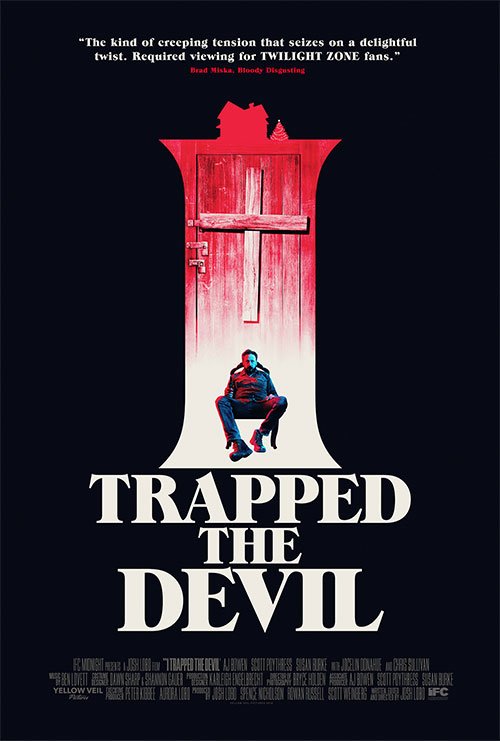 I Trapped the Devil Movie Metadata

I Trapped the Devil

I Trapped the Devil External Links

I Trapped the Devil Movie Trailer

I Trapped the Devil Movie Tickets

In the Christmas-set I Trapped The Devil Matt (AJ Bowen) Karen (Susan Burke) drop by the old family homestead, fully expecting to see his brother Steve (Scott Poythress) in relatively good spirits. It’s the holidays after all and they’re hoping he’s in a giving mood. Instead, he’s terrified, edgy and claims the Devil is trapped in his basement.

If you’re a fan of the Charles Beaumont tale, “The Howling Man” (Twilight Zone, CBS 1969-1964), you have an idea of where this is headed. Matt and Karen are the disbelieving travelers and Steve is the Monk who knows what lies, literally and figuratively, behind the door. You know, because he has a book and a really crazy murder map.

If you can you imagine strapping yourself into a roller coaster that looks great from the sidewalk, only to discover the car you’re in feels like the insulated bench seat of a Lincoln Town Car, you’re cruising at a blistering 10 miles an hour, and the drops are more of a suggestion. I Trapped the Devil has all the makings of a solid homage, but there is a reason Twilight Zone episodes were a scant 30- minutes. As fans of the genre, we already know that Steve probably isn’t delusional, and you can only draw this out so long. It becomes thin and tenuous and if you’re watching at home, maybe you start flipping through your phone. At 80 minutes, watching a film like this should be like chowing popcorn, but the weird cuts and chatty dialogue are barriers to what could be a very engrossing film.

AJ Bowen and Susan Burke, give solid performances, and Scott Poythress’ Steve is a jittery as they come, so this isn’t a problem of talent.  It’s the script and a very thin story that can’t support an 80-minute movie. Writer/director Josh Lobo needed more of a story, and less of a character study, because when it came down to it – there wasn’t much to study.

There are a lot of conversations in I Trapped the Devil, but none of them get to the heart of why Steve has a man in his basement (deeper than, “he’s the devil”) or what exactly he’s going to do about it. This movie is dripping with atmosphere, from the darkened sets to the random phone calls, to the classic fire hazard lights that adorn the Christmas trees. This is a movie I should have settled in to watch and remained fixated to for the duration – but it didn’t happen. Atmosphere needs a story, it needs dialogue, it needs the subtle action that makes the atmosphere a physical thing. It needs to make sense. Extended dread without a resolution is a letdown, like a roller coaster that promises thrills, but only delivers rolling hills.

I Trapped The Devil is unrated, but if I were to guess, Rated R for swears, people getting shot, and folks dying badly.

I Trapped The Devil will be released April 26, 2019, in limited theatrical release and VOD.

I Trapped the Devil is streaming now on the following services:
Powered by JustWatch