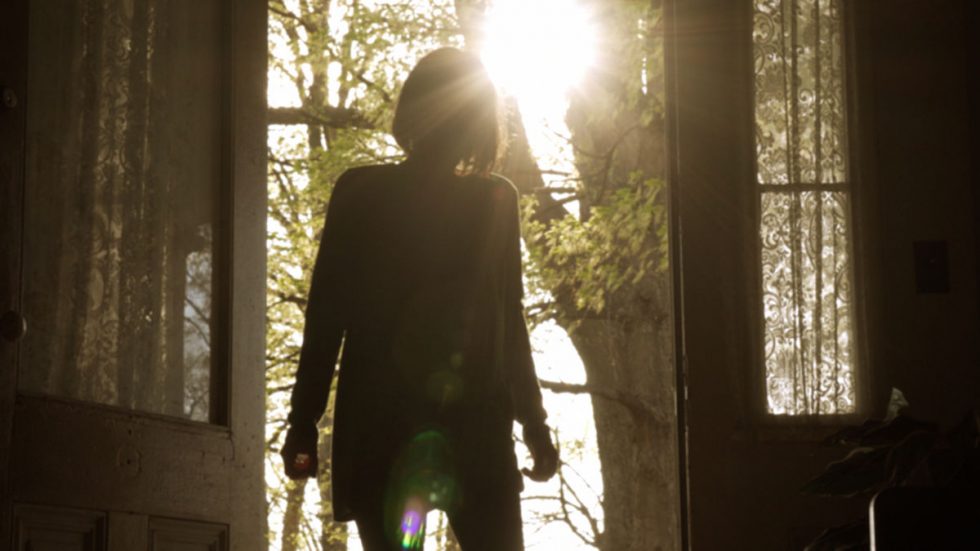 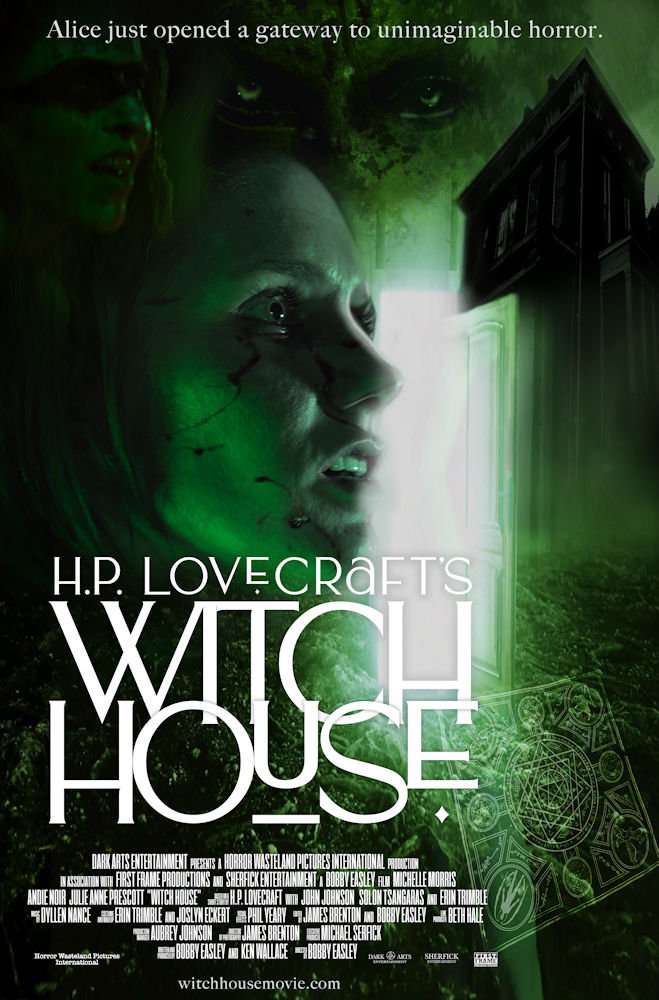 In HP Lovecraft’s Witch House (2021), grad student Alice (Portia Chellelynn) becomes the unexpected tenant in a large historic house where it’s clear her company isn’t wanted. She moves into the attic with rats and loose floorboards and probably black mold. You may wonder if perhaps all of Alice’s troubles weren’t just the result of inhaling high concentrations of fungus and vermin waste, because she has vivid dreams that bleed into her waking studies. Alice is a survivor of an abusive ex-boyfriend, a miscarriage, and general paranoia. All of this is glossed over in a 2-minute expo dump, and as filler, feel free to ignore it, much like how Alice goes on to ignore other people’s boundaries, personal spaces, and private property. She opens everything, touches everything, and generally puts herself in dangerous situations. It’s not fun to watch.

On the first night, after moving in and meeting her new housemates, Joe (Joe Padgett), a religious zealot stuck on salvation, and Tommi (Julie Anne Prescott), the heavily tattooed house pump, Alice draws a summoning circle on the floor (of her rented room) and dreams about child sacrifice, demons, and talking rats. Fear not, though. There’s more to Alice than just petty vandalism. She helps herself to artifacts buried in floorboards and papers and boxes in secret rooms. Though it’s not verbalized, we can assume all of this is justified because she’s a grad student and her dissertation is on sacred geometry and architecture. There’s a level of entitlement surrounding Alice that makes her character completely unlikeable. After the summoning, her dreams become more vivid, she hallucinates at all hours of the day and night, and for a film that was already running on plot crumbs and fumes, it stops explaining anything and ceases to make sense.

One thing is for sure, every cent of the budget for HP Lovecraft’s Witch House likely went into the practical special effects, like the latex masks, body suits, and blood, because it certainly wasn’t spent on costume design. When Alice isn’t dressed like she was robbed during a dress rehearsal of a shoestring production of Chicago, she’s in her underwear. This adds nothing to the story, but sure does look obvious that the director thought he could add spice to a flat story with a little cheesecake.

If you’ve ever added spice to anything flat by stirring in icebox dairy, you can understand the mess Witch House is.

I’m no academic, but I do understand sacred geometry which we have to pretend is one of the central tenets of Alice’s grad studies. Lots of horror fans have encountered the concept in movies like The Cellar (2022) and anyone could probably explain it better than this “grad student.” Lines like “the geometry adds up” are a clue she may have received her undergrad degree in 4-6 weeks by sending in two box tops and a money order for $4.95 to cover shipping and handling.

Now, dear friends, there’s a chance none of these loose bits and bobs are filler and they’re supposed to be structural and significant plot points, but in the hands of director Bobby Easley, they appear as throwaway bits of cotton shoved in the drafty corners where the joints don’t quite meet. Shots that should linger so the audience can participate in the hunt (for whatever she’s looking for) are quick and unreadable. Shots that should be quick flashes drag on for long interminable moments, revealing nothing but disconnected ideas that maybe were meant to be full scenes, or at least provide some sort of explanation. And more montage scene dissolves that provide absolutely nothing in the way of why, fully forming the idea that putting Alice in this house doing this research was a panicked afterthought. Most of the dialogue in the third act was clipped phrases, “It is time”, “She betrayed us” or “This is the source of her power,” which if you’re going for cryptic, really hits the mark. Sadly, what it’s time for, who’s betrayed whom, or what is the source of whose power are left to be either figured out or forgotten – and they are better forgotten.

HP Lovecraft’s Witch House is an 82-minute feature film that would have benefitted from a cut of about 40 minutes. It’s mostly out-of-focus dream sequences with writhing naked bodies, man-rats with teats, and dancing flames in really dark, enclosed places. Giallo directors are clear influences, but the scenes only bleed poor color correction instead of the lurid dark rainbow of rich cosmic colors. I believe a more competent director could easily blend the styles of Lovecraft and Argento (see Richard Stanley’s 2019, Color Out of Space), but it also would have required a stronger handle on the source material. After all, this is an adaptation of an HP Lovecraft story, “Dreams in the Witch House”, which reads like a first draft. Unfortunately, this is a movie that could have also undergone a few rewrites.

HP Lovecraft’s Witch House leaves too much to the imagination and not enough solid story or scares to make it worth the time.