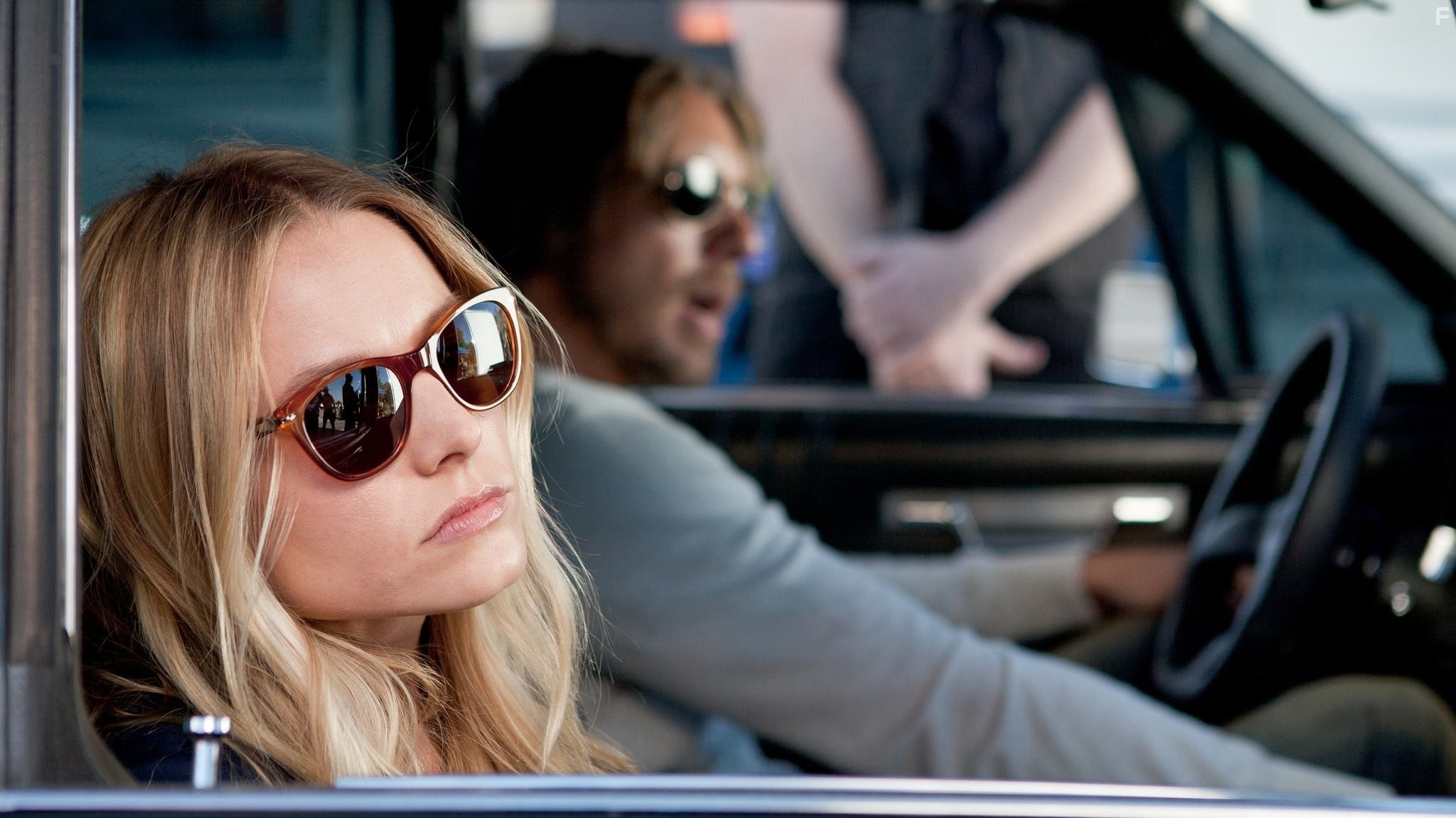 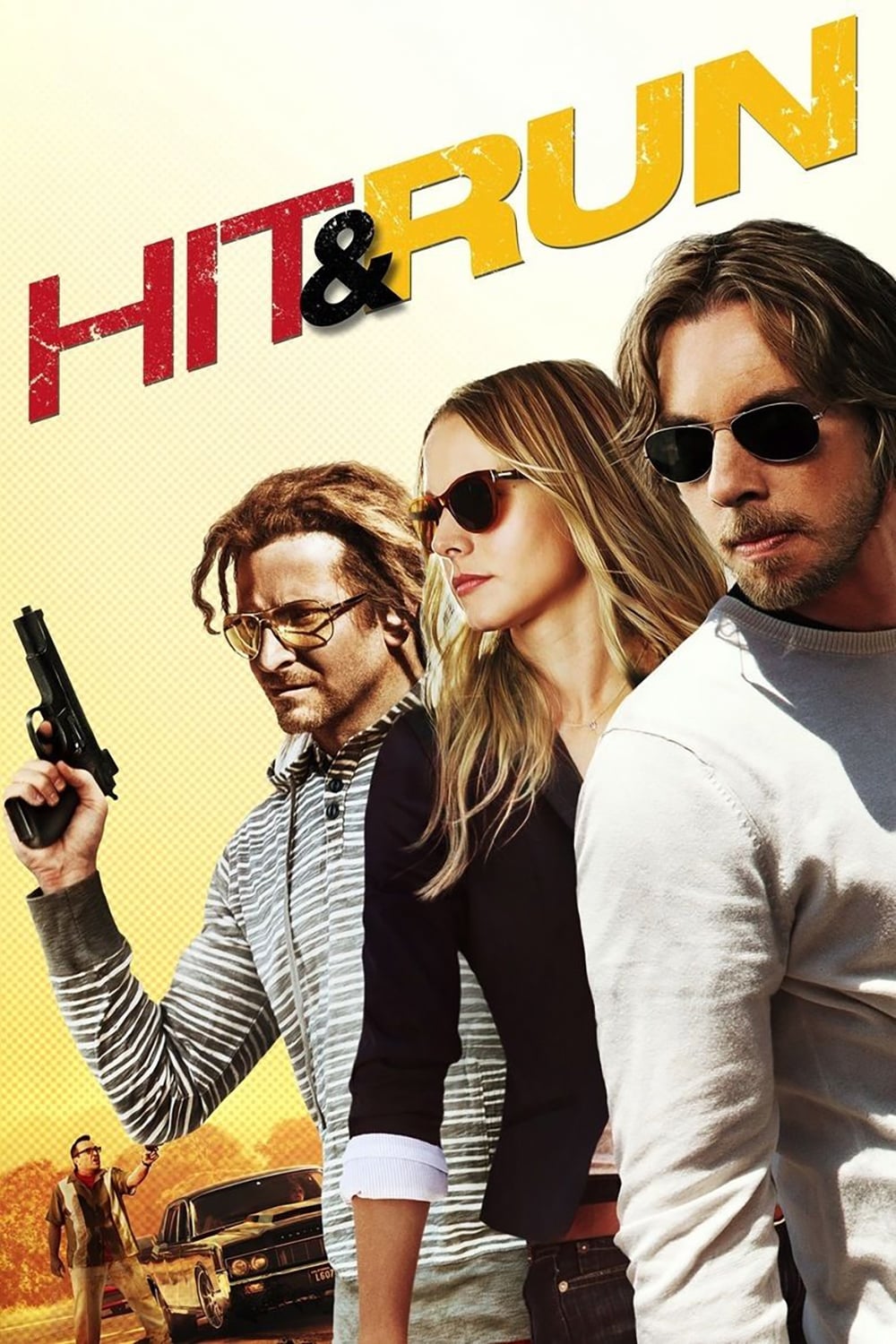 Hit & Run is a romantic action-comedy; brimming with witty dialogue, an entertaining story, and of course, great cars. It’s also actor Dax Shepard’s second turn at writing, co-directing and headlining a feature film.
Charlie Bronson (Shepard) is a retired getaway driver, forced into the Witness Protection Program for turning over his former bank robbing gang, lead by ex-bestie Alex (Bradley Cooper). Charlie’s girlfriend, Annie (Kristen Bell), has been handed the perfect job interview in Los Angeles, but the window of opportunity is extremely short. Reluctantly, Charlie agrees to transport his girlfriend, despite the possibility of blowing his cover. Annie’s ex-lover, Gil (Michael Rosenbaum), has discovered Charlie hasn’t quite been forthcoming about his past to Annie, and therefore he sets out to rescue her. But Gil manages to alert Charlie’s enemies of his planned return to L.A., who then set out to exact revenge on the snitch. Rounding out this hunt is Randy (Tom Arnold), a bumbling federal marshall, tasked with protecting Charlie and getting him back into the program. Against time and enemies everywhere, Charlie and Annie set out on a journey that will endanger their safety and could potentially end their relationship.
In the post-screening Q&A, Shepard expressed the time and resource constraints of producing Hit & Run. Dax wrote the film in between seasons of NBC’s, Parenthood. He immediately shot principle photography, wrapping a few weeks later. The whole process was completed in under four months. Due to budget constraints, Dax used his personal vehicles, and performed all his own stunts. Dax then recruited his superstar fiancée, Bell, and friends to co-star (cheap labor apparently). Despite the hurdles, Hit & Run barely shows a hint of rushing, and is perhaps one of the more surprising films of the summer.
Even though the film is a rushed product (by Hollywood standards), the idea was a sort of passion project for Shepard. Dax’s favorite films are the car-chase classics of the late 70’s/early 80’s. Films like Smokey and the Bandit and The Cannonball Run, are obvious influences on the plot of Hit & Run. There’s a minor grit to the movie, it’s not polished and high-tech like the current car films of today, but unlike those films, Dax takes care in his script. The dialogue is reminiscent of Tarantino; witty, and the material sometimes controversial. Let’s not even get into how perfect the soundtrack is, also Tarantinoesque.
Hit & Run works best because of the chemistry between the cast. They are all real-life friends, so there is a vested interest in the final product. It isn’t going to destroy the box office, but it doesn’t have to. It’s a fun movie, and that’s all that really matters.

Hit & Run is streaming now on the following services:
Powered by JustWatch