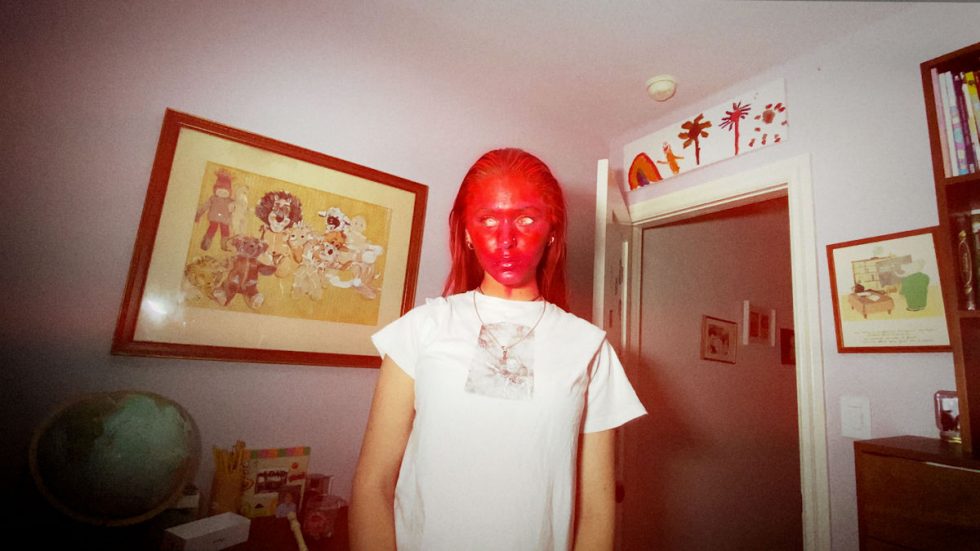 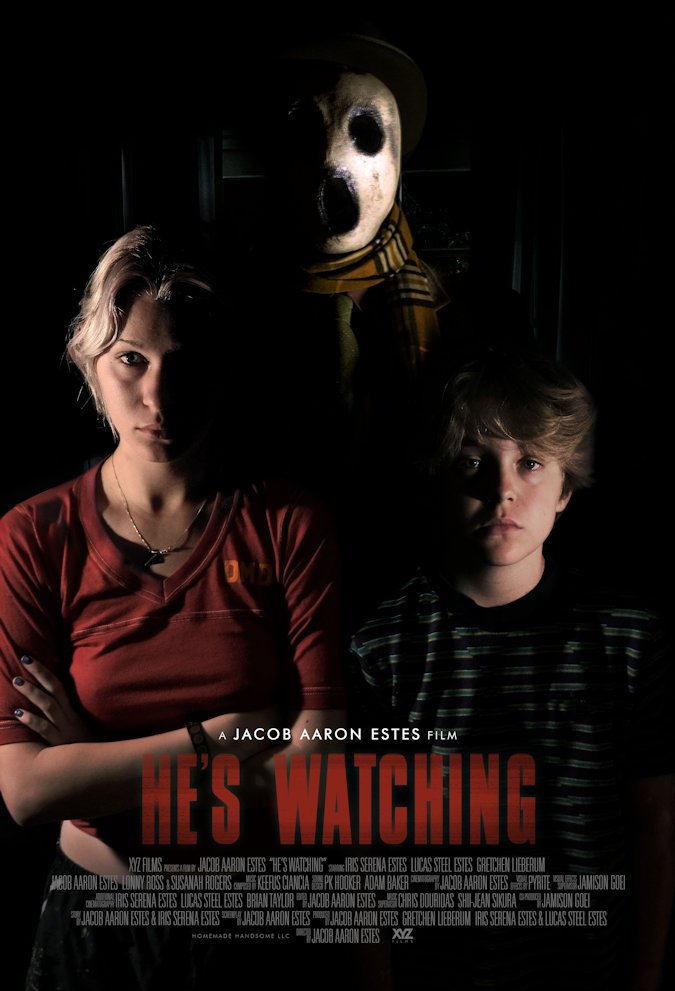 He’s Watching is an experimental Found Footage entry that gets creepier the more you watch it.

As far as pandemic films go, I’m sure we can expect a lot of them to surface over the next few years. He’s Watching (2022) is a family project by director Jacob Aaron Estes and his kids, as well as any neighbor willing to socially distance to appear on film

Iris (Iris Serena Estes) and Lucas (Lucas Steel Estes) are home alone while their parents recover from the worldwide pandemic that has shut down streets and emptied homes. Left to fend for themselves in a posh upper-class neighborhood, Iris and Lucas amuse themselves by recording a video diary of their activities to show their parents when they return home. These are good kids from a good home and they haven’t the wherewithal to get up to dickens when vacation has been extended to forever.

He’s Watching feels like both a home invasion film with “The Closet Creeper” an entity that films the children at night when they sleep and generally makes mischief by moving things around, and a de-evolution of malleable minds stuck in a cycle of self-amusement and fear. It’s clear that a few weeks in isolation don’t do them any favors, but these mostly well-behaved kids manage to not burn the house down. Their parents appear to be reading their texts but not answering. The neighbors have stopped coming to the door and intimate items are migrating across the home. Iris and Lucas have theories, but how much is real and how much is the mind turning inward is a dark amusement of its own.

There is a natural chemistry between Iris and Lucas, who don’t give a forced performance of siblings slowly aggravating each other. Their relationship is comfortably relatable, even when they’re screaming at each other, but especially when they fear for one another’s safety and mental well-being.

Not every frame of He’s Watching works, and a lot of the last third feels like a psychedelic trip you didn’t consent to. As the video diaries and the footage from the Closet Creeper merge, it becomes tougher to understand what is happening and I’ll admit, I’m not quite sure myself. I also admit that for the first 80 minutes, I was having a great time with behind-the-shot action and quick cuts designed to keep everyone off balance, but the last 15 minutes made me uneasy, and not in the “Oh no, now everyone dies” kind of way.

At some point, I lost the thread of He’s Watching, and even after rewatching the last 30 minutes, I’m still scratching my head, but I’m willing to accept that whatever happened, didn’t totally ruin the film for me. I think it’s a worthy watch for the characters and the current of dread running throughout. Some families planted gardens, some baked bread, and some put together 10,000-piece puzzles. The Estes made a film about someone stalking their kids, and it was clearly fun for the whole family.

He’s Watching (2022) is unrated, but call it PG-13 for a lack of blood or breasts, bodies not hacked to pieces or in active decomposition, and some practical images that were truly terrifying.

He's Watching is streaming now on the following services:
Powered by JustWatch